How to recalibrate a cheap hygrometer module?

Some time ago I purchased one of these very cheap hygrometer/temp modules made in China. They come for less than 5 EUR. I know, the precision is not very good, but I thought, why not give it a try. Somewhere I read they have an accuracy of +/- 5% for humidity which would be acceptable for some use cases. 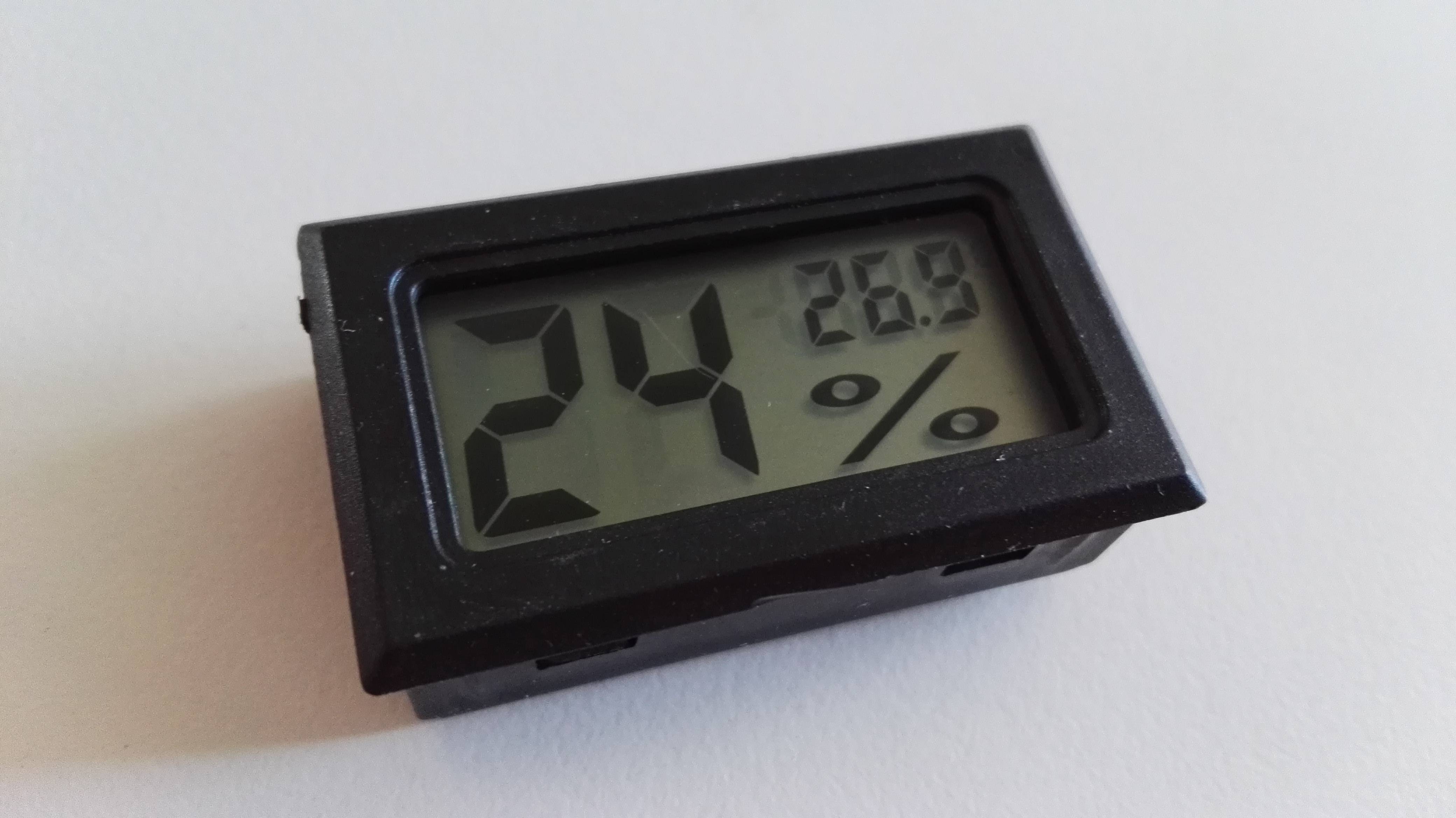 The device seemed to work well enough for some time but then it unfortunately got wet. The display went blank so I immediately removed the batteries and disassembled the module. To my surprise there's very few parts and they are not glued or anything. The display's pink contact bar is simply pressed against the contacts on the little board when put into the case. 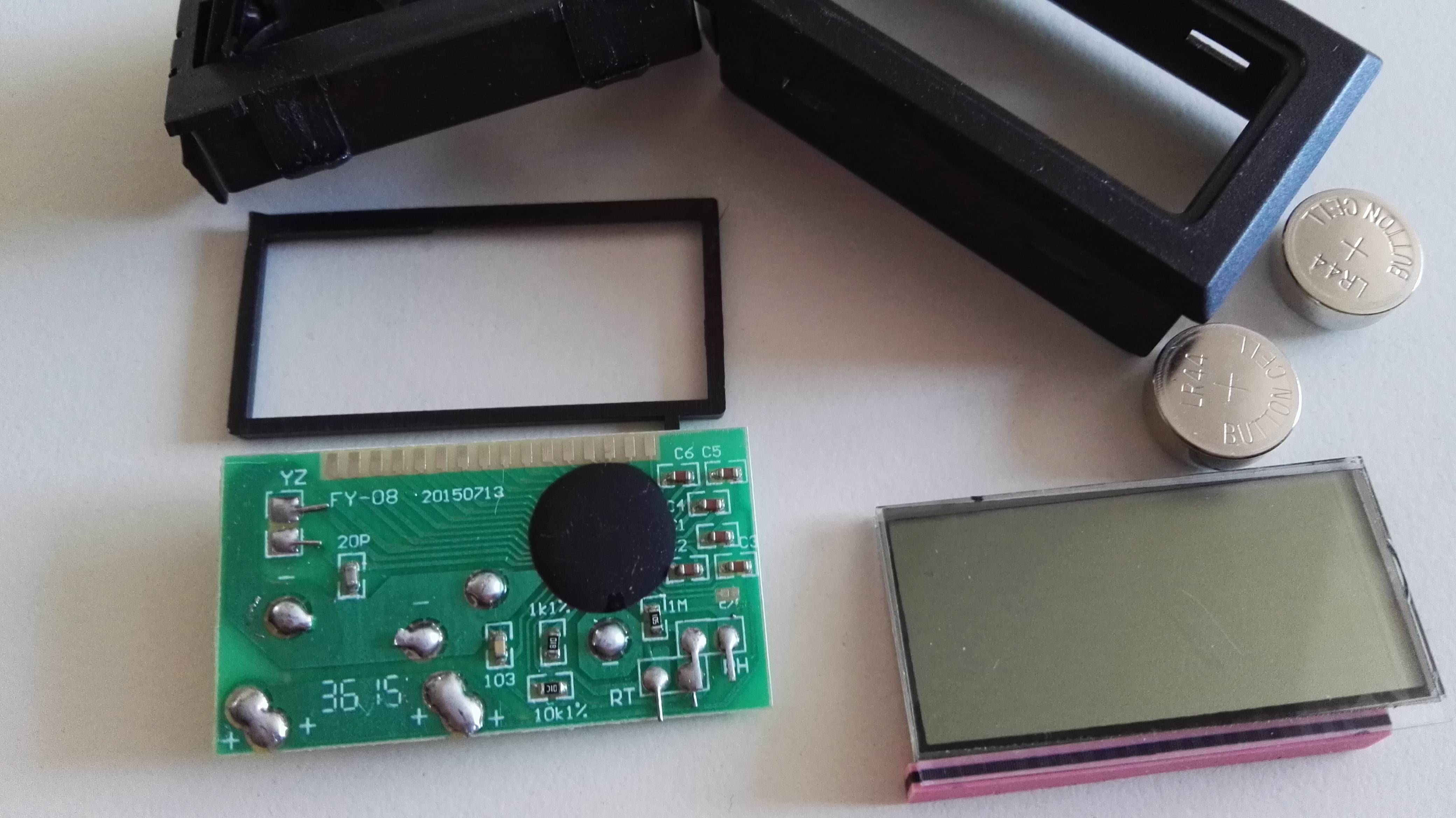 I've dried all the parts and put them back together and it still works! But now the humidity is way off. Before it was in a range of 40-60% which are reasonable values. Now it only shows between 20%-40% which is far from realistic values. I've also done the calibration test using wet salt in a sealed bag. It should give 75% after some hours. The module only showed 40%.

The humidity sensor looks fine. I can hardly imagine how some drops of water could seriously damage it. I've bent it up a little on the image below: 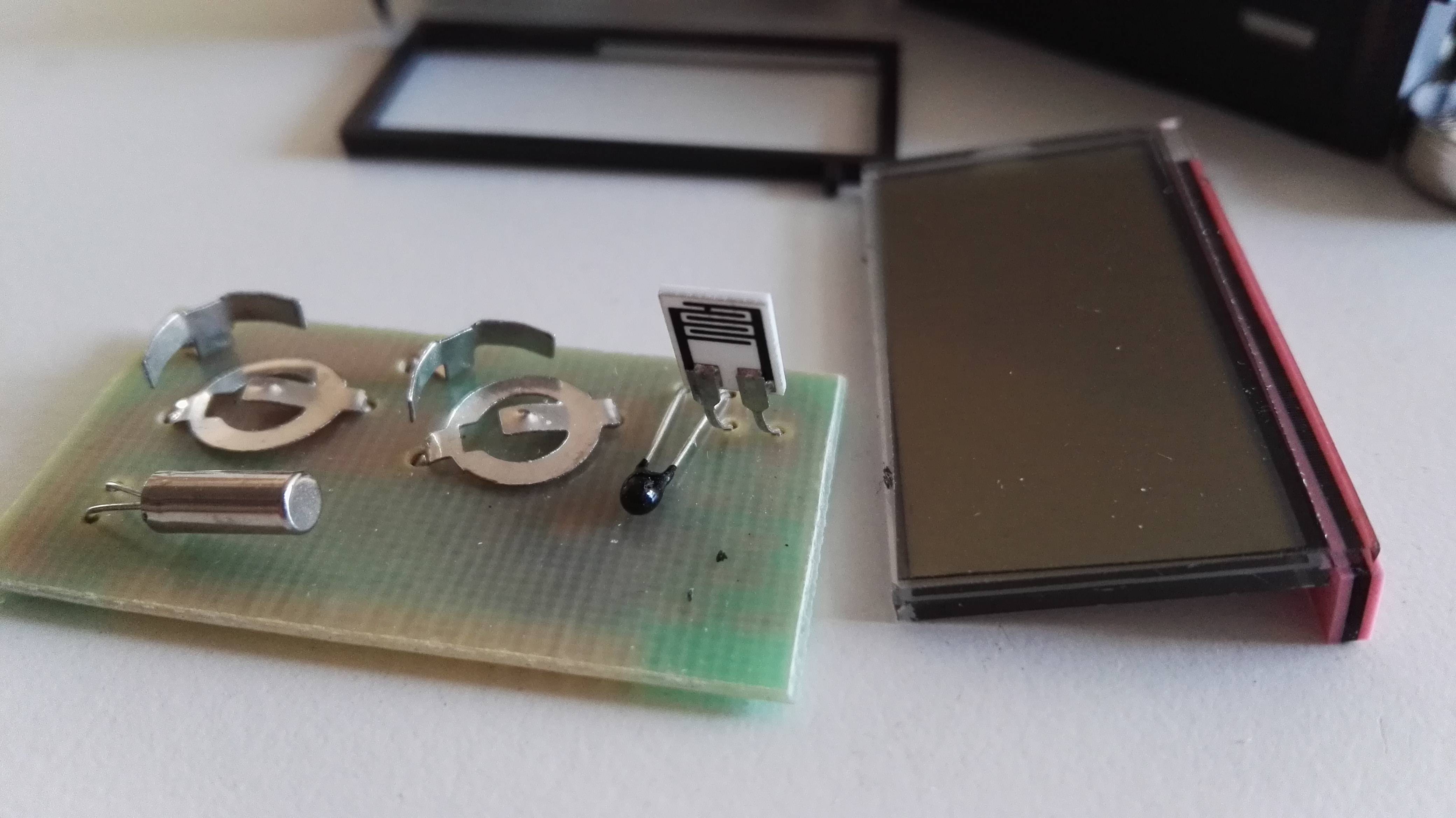 So given the very simple board it made me curious how it works. I guess that there's a small microcontroller under the black pad. My assumption is, that it may use some autocalibration algorithm, which somehow got messed up. If that's correct then there should be a way to recalibrate the device.

Does someone have an idea, how these modules usually work and how they are calibrated during production? And is there maybe some trick to recalibrate this module?

UPDATE: As answered below, the sensor could be a HR202L. If you compare the sensor image above to a HR202L you'll notice, that my sensor has a little black spot, right on the top of the black winding tracks, that connects both tracks. I've had a closer look and thought, it might be some dirt - so I removed it with a scalpel. This was a bad idea, as now the display shows even lower values < 20%. So probably time to buy a new module.

You have ruined the humidity sensor. You could destroy it even by touching it by fingers. You can replace it by new one, just search "10pcs humidity sensor" on ebay. It looks like HR202L, but I can't guarantee it.

Not the answer you're looking for? Browse other questions tagged sensor humidity or ask your own question.