This is a SPI Clock. 6.25MHz frequency. I see something like a reflection. I don't think it's from cross talk on my board from another signal, not sure.

Added as requested: This is my system diagram (notice I have a stub). Note that the diagram ends at the "Connector". There is a cable to the SPI Slave beyond the "Connector" but that is not even connected when doing the measurement. 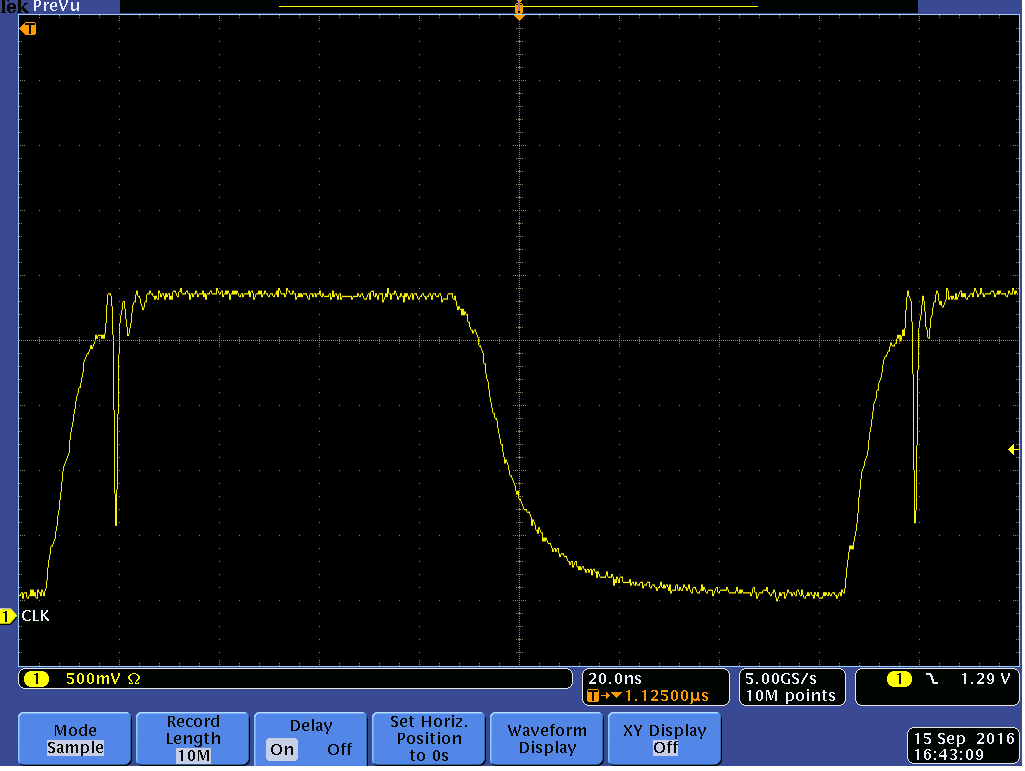 I had similar issues in one of my designs, but that issue was related to driving 5V-tolerant input (as it was declared by the datasheet - device itself is 3V3) with 5V TTL signal.

During the course of my investigation, I got to know that series termination resistor should be as close to source as possible. In your case it is close to destination. This is the first thing I would change.

Next, "5V tolerance" in the mux's datasheet strains me. Such tolerance, to my understanding, while is great in terms on extending application of the device, goes at the expense of additional internal components which would make device "tolerant" (e.g. diodes, resistors). These components may cause some bad effect (however I can only tell you basing on my case), including kind of changes in impedance and thus signal distortions and spikes.

My second advice, if first will not help up to your requirements, is if you can find native 3V3 I/O mux and use it instead.

The glitch is too short and the signal too low frequency for this to be a reflection. This really looks like something the 3.3 V to 5 V level translator input is doing to the signal. I don't know for sure what is going on, but I would try two things:

Not the answer you're looking for? Browse other questions tagged spi clock reflection or ask your own question.