Improve signal integrity of Ethernet signals (if indeed is needed)

Actually it is nothing to do with Ethernet specific, but just to be accurate, I have several SS-SMII Interface signals between an FPGA and a Switch. The interface has 8 data signals, one synchronization signal and a 125MHz clock for each direction. Due to EMC reasons I have inserted 22 Ohm series resistors on the transmitter side of each of the signals.

Unfortunately the board is still not compliant with the required CE Standards for radiated emissions and I am right now trying to improve it further. I have the feeling (after excluding other potential sources of radiation) that the problem lies with these signals.

One possibility I would like to explore is that of the signal integrity of the signals. For this reason I took some measurements with an active probe, making sure the ground loop is minimized.

Now for some wavforms. First a TXCLK signal from the Switch to the FPGA.

Right at the ball of the Switch (transmitter): 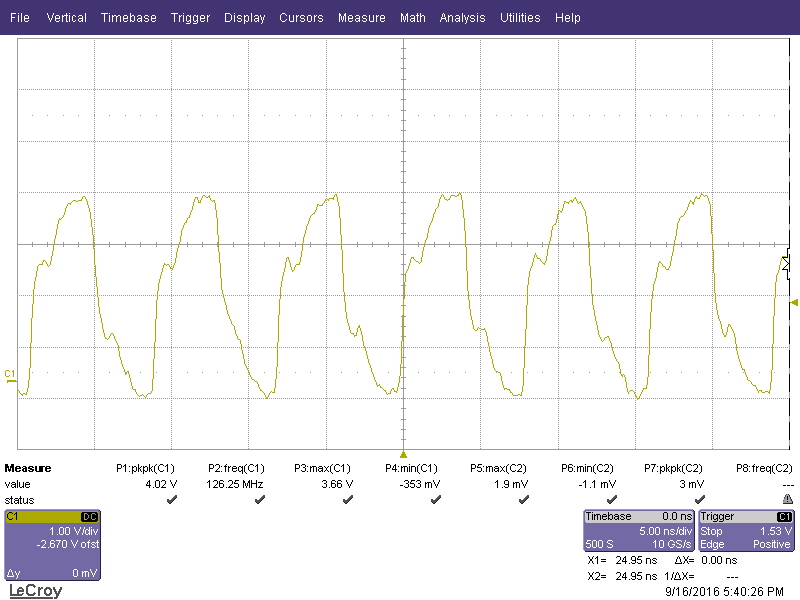 and then at the ball of the FPGA (receiver): 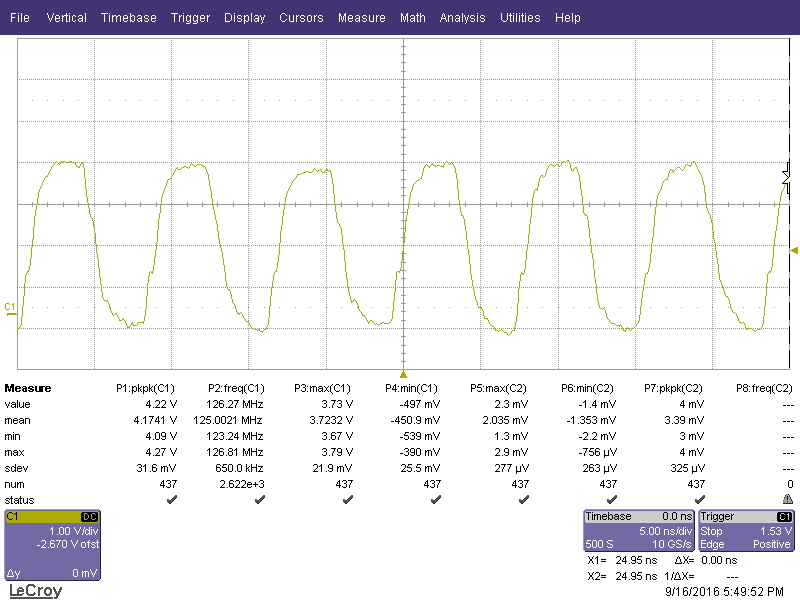 Then an RXCLK signal from the FPGA to the Switch.

At the ball of the FPGA (transmitter): 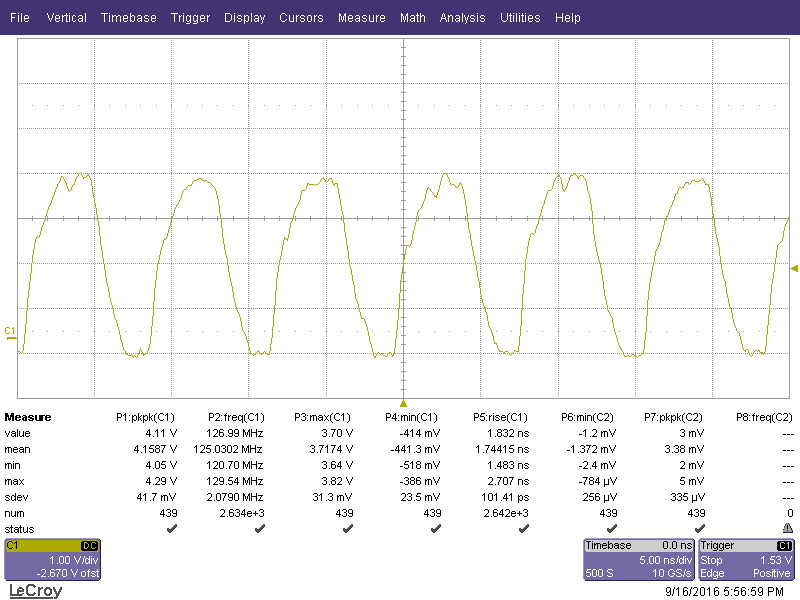 and at the ball of the switch (receiver): 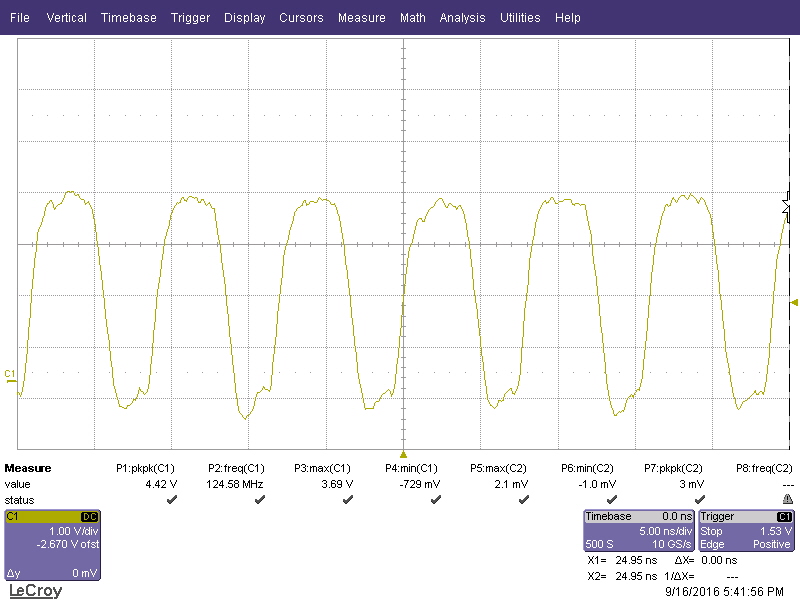 The problem is I don't have the experience to evaluate the measurements myself...!

Some of my thoughts:

As I can deduct from Picture #1, the design has the interface trace length of about 10 cm (about 600ps one way flight time), and the trace impedance is quite higher than the impedance of driver. For unterminated transmission lines the transmitter-side "shoulder" is normal, but it should be half way (Rdriver = Rtline) for the best signal integrity.

The overshoot and undershoot on signals is likely caused by bad probe connection to ground.

You may want to increase values of serial resistors and see if it improves waveforms, although they do not look bad at all already.

The reflected half voltage step travels back to the transmitter. Since the series resistor matches the transmission line impedance. The step is "absorbed".

Similar mechanism applies in your case except that the impedance at the transmitter is lower than the line. So the initial voltage step is higher than 1/2 and the voltage after reflection is high than the driven voltage. Of course, that does not account for all the effects that are different from the idealized case.

By the way, series termination is problematic when there are receivers not at the end of the line. Only at the end of line that the intermediate voltage step, which can be in between thresholds, is not seen.

Also, try switching the series resistors to ferrite beads. With ferrite beads, some trial and error may be needed.

Not the answer you're looking for? Browse other questions tagged ethernet emc signal-integrity or ask your own question.

1
Why does my clock signal have a step half way between high and low?