I am creating a simple circuit in order to amplify the signal from an electret microphone and then add a 2.5V bias to the signal. The problem I'm having is that the signal from the mic is distorted as it leaves the op amps.

With an oscilloscope I have measured the signal from the microphone when exposed to 440 Hz sound and the wave looks like a perfect sine just as expected.

However once the signal passes the part of the circuit to amplify the signal the sine wave starts to get slightly distorted.

After the signal has passed the circuit of the inverting summing amplifier the signal gets even more distorted.

This is the circuit I use to amplify the signal: 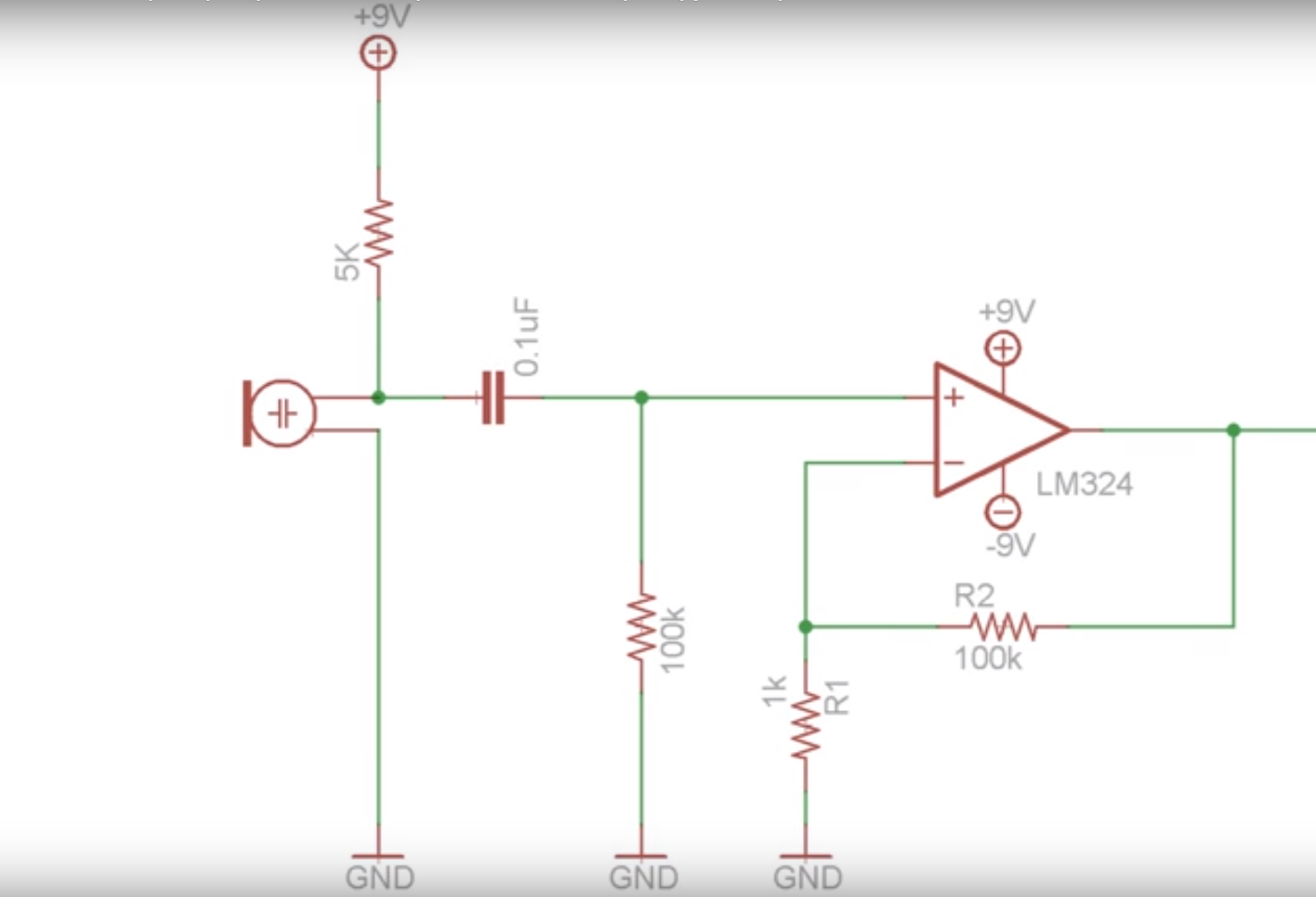 This circuit leads to a 20 uF capacitor and is then followed by the following circuit to add the 2.5V DC bias:

where all resistor values are the same. This circuit uses the same LM324 as the amplification part of the circuit.

The resulting waves at 440 Hz look as follows:

I have no idea what can cause this and hope somebody can point me into the right direction.

This is classic crossover distortion in LM324.

Add a load resistor to output until crossover distortion disappears. Start with 1K to V- or gnd if using single supply.

This occurs with capacitive loads or next stage pullup R bias to Vcc/2 perhaps. Increase R load values as alternative if so... ( by design in order to minimize idle current)

Note for single supply use. R1 could be 2K to V+ and 2K/Gnd THis depends on output swing max you need. 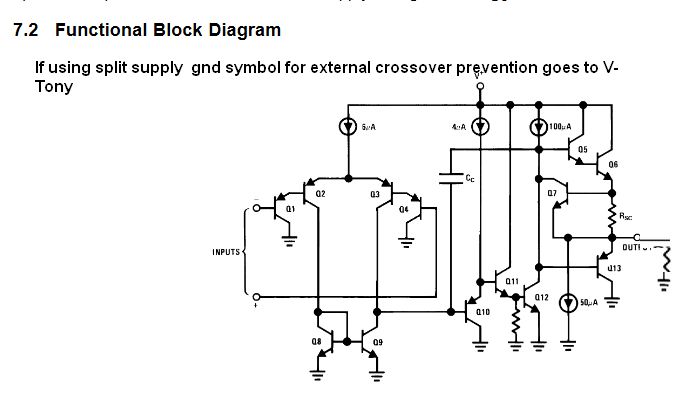 Not the answer you're looking for? Browse other questions tagged operational-amplifier amplifier waveform or ask your own question.