Dynamic and Active Leakage in CMOS

I studied various techniques to reduce the leakage power consumption in CMOS design. Leakage currents can be static and active. I understand the meaning of static (standby) leakage, but I am confused about the active leakage. Does this occur during transition phase (like that of dynamic power)? How to calculate this particular (active) leakage?

Active leakage refers to the leakage when both FET's are slightly on. This occurs during the transition of the gate from one logic level to another, due to non-infinite slope at the transistor gates.

In the image below, active leakage is labelled with short circuit current. 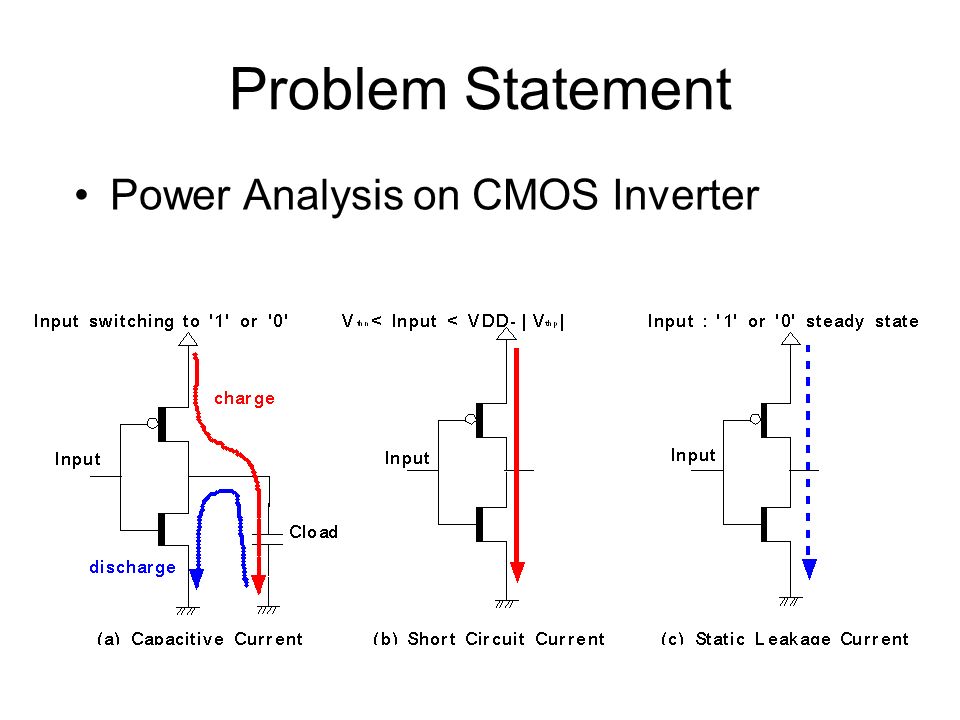 The amount of active leakage depends on the input slope to the gate. If the slope is very fast, both transistors will be on for less time than if the transition is very slow.

Another effect which is more hidden is that there is a finite delay between transitions at adjacent transistors. This is caused by wire resistance and parasitic capacitance. So even with an infinite slope (impossible, but just for this thought experiment), there will be some finite delay between transitions at each transistor's gate in the CMOS logic gate. This is a short crowbar current.

Passive leakage refers to leakage not caused by switching, but just standby through the maximum resistance FET (completely turned off).

Multiply this by your supply voltage and you have instantaneous power. Or you could integrate the current during the transition window to calculate the energy per cycle, and from here find the power as a function of frequency.

When you turn that MOSFET off, that energy is lost as heat and gone.

There is also the output capacitance of the MOSFET to add to this but is probably less than gate dynamic power loss.

1
Pullup or direct drive when handling active low inputs/resets?
3
Phasor simulation versus power flow
1
Does it matter where we measure the Voltage in a large-scale, industrial installation?
3
Understanding how much power a stepper motor draws
1
Lithium Ion voltage during discharge
4
Protecting a coin cell from high current spikes - using a capacitor or not?
2
Latch-Up in CMOS-Devices