How to troubleshoot this bandstop filter circuit....? 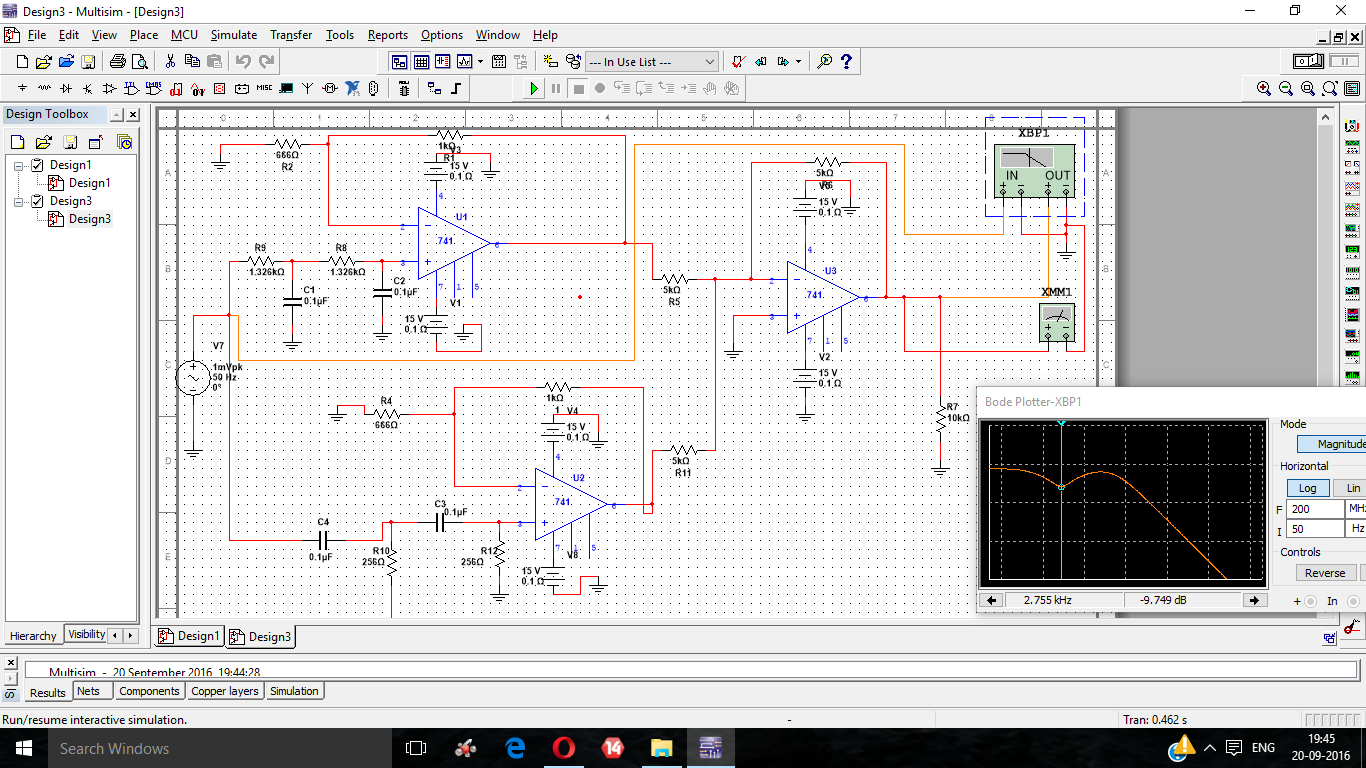 I have tried by varying resistance at load....but nothing happens...

This is not how you design a band-stop filter.

The idea behind this filter is that one op-amp provides +90 degrees phase shift at the cut-off whilst the other provides -90 degrees at its cut-off. Somewhere between those two points (different cut-off frequencies) there should be two sinewaves that are exactly antiphase and equal magnitude therefore they will cancel in the linear mixing stage. This is difficult to achieve with filters operating at different cut-offs FYI.

Why don't you just convert both LP and HP filters to sallen key types. To make life easier make the cut off frequencies the same for the high-pass as the low pass then at one particular frequency both will be phase shifting by 90 degrees (in opposite directions) and have equal amplitude. This has to mean that there will be a significant cancellation and deep band-stop filtering due to equal amplitude but exactly opposing phase shift.

Not the answer you're looking for? Browse other questions tagged filter or ask your own question.