Question about AM demodulation concept

I'm trying to understand the idea behind filtering the carrier wave from the AM signal to obtain the modulating signal.

There is some explanation in this source: http://reviseomatic.org/help/2-modulation/Amplitude%20Modulation.php

A diode is used to pass the radio frequency signal in one direction only.

Why is diode used before using the RC filter? Why not just using the RC low-pass filter to filter out the audio signal?

Another thing I wonder is that the plots for AM modulation showing side bands.. They are not the frequency domain of the AM signal right? I mean the following confuses me because it doesnt show the audio signal freq. in x axis. as if there is no audio freq. component.

Below simulates an AM 1 MHz carrier with a 500Hz modulating signal:

AM in time domain: 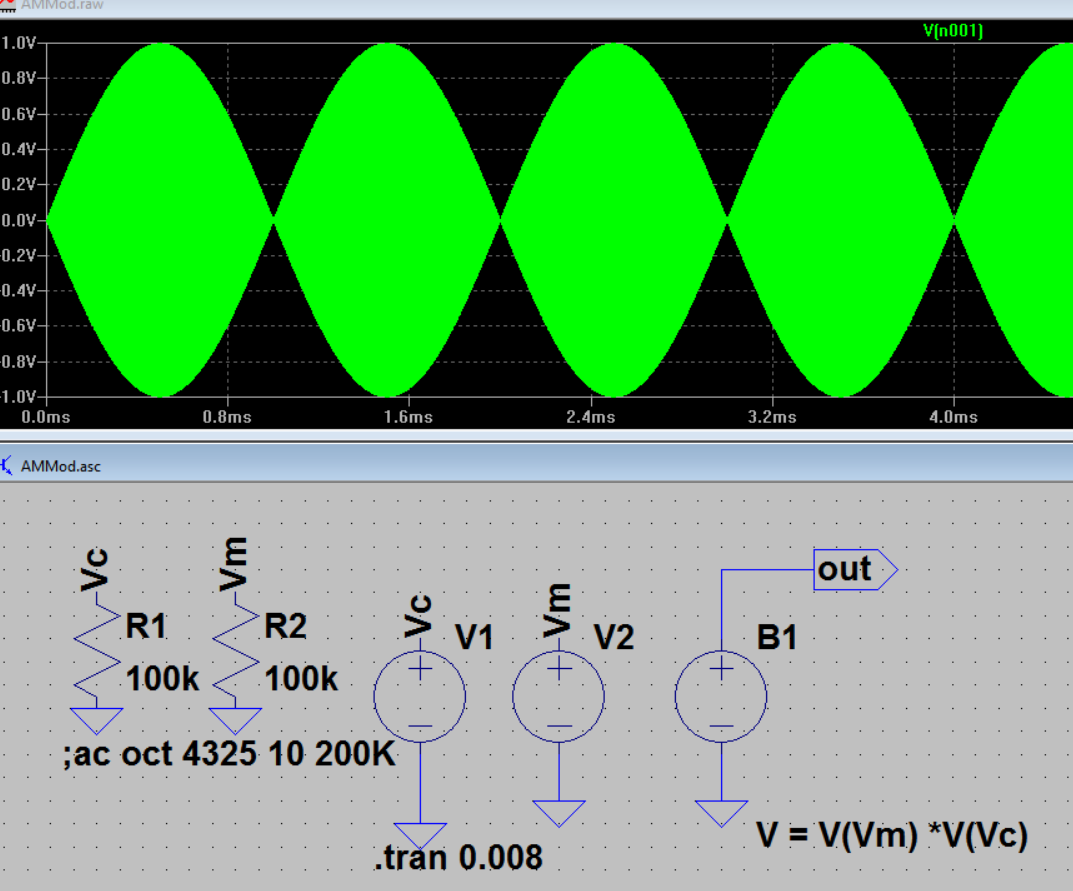 The main body of this answer was made before the OP added an edit section to his question - that edit section is inapplicable because the type of modulation (although AM) is full double sideband suppressed carrier modulation and diode detectors will be useless if trying to recover decent audio or linear base-band signals.

A rather idealized but useful picture of an AM modulated signal. Note that the carrier is 500 kHz and the "audio" is in fact a 100 kHz sine wave: - 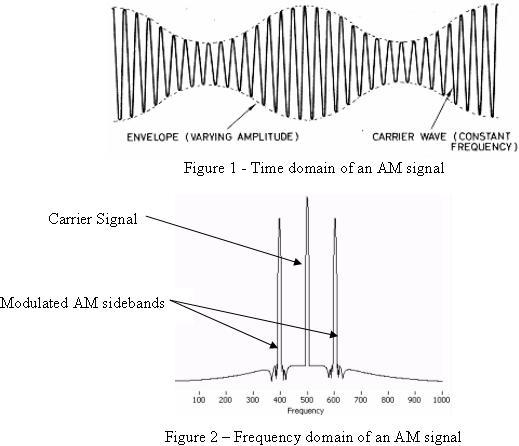 The spectrum shows that the content of the modulated carrier comprises three frequencies ranging from 400 kHz to 600 kHz (a total width of 200 kHz centred at 500 kHz). If the "audio" were a 1 kHz sine wave then the total width would be 2 kHz ranging from 499 kHz to 501 kHz.

So, the picture above, depicts the output of a modulator where a 100 kHz base-band sine wave is modulating a 500 kHz carrier. Note that the "finished" spectrum does not contain any base-band signal of 100 kHz.

Why not just using the RC low-pass filter to filter out the audio signal?

Because there is no base-band part of the spectrum any more - base-band and carrier are sitting up at about 500 kHz. If every radio transmission also contained base-band frequencies then the lower end of the radio spectrum would be a mess. The whole point is that the base-band spectrum moves up and straddles the carrier frequency.

Demodulation by a diode envelope detector: -

Think of the diode demodulator as just a plain ordinary 50 Hz AC half wave rectifier. The output of the diode has a load and a smoothing capacitor. That is all it is, plain and simple. If you adjusted the amplitude of the AC with (say) a variac, the DC output level would rise and fall as you turned the control knob on the variac. The action of moving the knob modulates the AC amplitude. A diode rectifier IS an envelope detector. Here's probably a more accurate picture to consider: -

Forget about it having the title of RF detector and imagine it's a simple mains transformer fed from a variac.

A diode is used to pass the radio frequency signal in one direction only. That is a confusing explanation, a better one would be:

A diode is used to rectify the signal, resulting in a signal representing the amplitude of the radio signal.

This signal is then filterer to "average out" the signal so that the radio signal (RF) is removed.

Why is diode used before using the RC filter? Why not just using the RC low-pass filter to filter out the audio signal?

Because the audio signal is only present after rectification, i.e. after the diode. Filtering the radio (RF) signal would remove all signal completely !

Another thing I wonder is that the plots for AM modulation showing side bands.. They are not the frequency domain of the signal right?

Of course they are present. A time domain or frequency domain representation of the same signal is still the same signal. So a 1000 kHz RF signal AM modulated with a 1 kHz signal creates a spectrum as in your last picture. Sum and difference frequencies will be present so 1000 kH + and - 1 kHz so there will be components at 999, 1000 and 1001 kHz.

Not the answer you're looking for? Browse other questions tagged am demodulation or ask your own question.

5
RC time constant and diode detector
3
Separating the AM and QAM components in PAL signal demodulation
0
Amplitude modulation transmission distortion
1
Envelope detector
4
Modulation scheme for simple signal generator
1
AM modulation bandpass filter?
2
Select Phase Detector Cutoff Frequency? Phase Locked Loop FM Demodulation
6
Why are the resistors in an AM modulator necessary?
0
How to calculate C for an AM demodulator?