Driving just one LED directly (without level shifting) with a very short (about 10 cm) bus seemed to work, even though the APA102 expects 5V logic.

Now I built what I actually need:

The strip shows wrong colors, though. I think this is caused by the level shifting circuit, which simply can't drive the long signal lines with proper waveforms.

I lowered SPI frequency to about 500 kHz (bit-banged SPI with 1 microsecond delay between clock transitions), but the result remains the same.

It's hard for me to get many of ICs suggested for this kind of level shifting, such as the 74AHCT125 . However, I can get the 74HCT125. It can run off 5V and minimum high level input voltage is 2V. Would that be a suitable chip for this purpose?

Any other things I should try or test?

The diode level shifter referenced is a shockingly bad design and useless in many cases.

Someone pointed out that LS Schottky will meet the need - any gate - not just ones intended as level shifters.
Without going and looking at the various family's level specs, it seems likely that most TTL families would meet the need of 3V3 in/ 5V out.
So eg 74HCT244 datasheet here gives you 8 level converters per package as does 74HCT541 - both about $US0.45/1 Digikey.

A far better circuit than the dual diode one is the one shown in the question that you referenced - see below.
The main drawbacks of this circuit are

The 2N7000 circuit shown on the same page does not have the Iout = Ion limitation. It does have the slow rise time issue due to the single-ended output, but as the input does not have to supply this current a lower value of load resistor may be used with no impact on the input.

There are various level-shifter circuits around - almost all are better than the diode-based one. If you are still uncertain then please supply a requirement with voltage swings and loads documented.

The various single MOSFET level translators in the various answers that chain back from links in this one seem likely to meet your need.
Also, a deleted answer referred to this 2N7000 level shifter pair which can be bidirectional but is obviously OK unidirectional in your application. The 2nd circuit on that page works with just a 0/3V3 in and no access to 3V3 supply which they derive from 5V. It appears again in this SE answer

This EDN article
Don't pay for level translators in systems using multiple power-supply voltages - May 25th 2006, contains links to a host of potential solutions. Including

McMahon's circuit will work fine if you can find a BJT with very fast reverse transit times. (Low diffusion charge storage.) I like the idea of driving, by pulling through the emitter. But I worry a little that it will not work with the usual BJTs you might normally find. So if you want to try his circuit, make sure you pick a fast BJT. Perhaps try something like a 2N3391A, instead of a 2N2222A or 2N3904. Just be prepared to try different ones until you get a decent output at the frequency you want.

If the BJT has a poor reverse transit time, then you can find this out by observing the base voltage of McMahon's circuit with a 100X probe on the scope. Look for a voltage above \$3.3\:\textrm{V}\$. If you see the base higher, while driving the circuit fast, then you probably have to find a different BJT.

If you want to use pretty much any BJT, you'll need a different topology that is a lot more complex. I'm not recommending the following. (I think you'd be better off with McMahon's circuit and the right BJT.) But here's an illustration of what you might face if you want to use most any BJT: 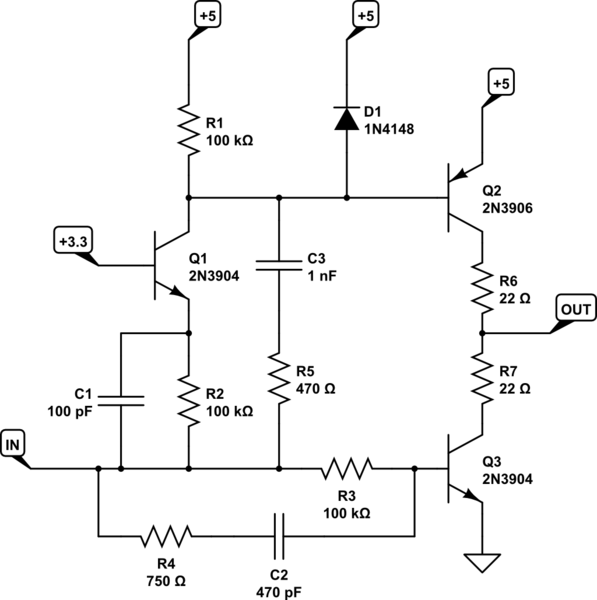 Now if that doesn't convince you to use McMahon's approach, nothing will. But plan on selecting an appropriate BJT.

When it comes to driving cables where ringing can occur from the mismatched impedances and propagation delay, the proper way to improve signal integrity in non-critical logic is to lower the termination impedance towards the cable impedance and improve the voltage margin at the same time.

In this case you would like to improve the Voh(3.3V) to Vih(5V) voltage margin while there is good margin on Vol to Vil

Thus I would suggest a pullup R only around 330 ~470 Ohms to 5V. The only catch is if the 5V turns on before 3.3V powers up can cause a latchup situation. so the choice of R must limit internal ESD diode current to 5mA . you can add an diode for more pullup offset or Not! It depends on margin quality of signal and layout.

A single R pullup is another solution.

You can even use a 74LSxx input as the TTL gives excellent logic margin from 0.8 to 2V vs the 0.3 to 0.7Vdd or 1.5V to 3.5V limits desired for the input (which is even better than Russ and jonk's solution with the widest voltage margin and 10ns slew rates and can tolerate a pullup resistor in case of slight ringing, but not necessary. 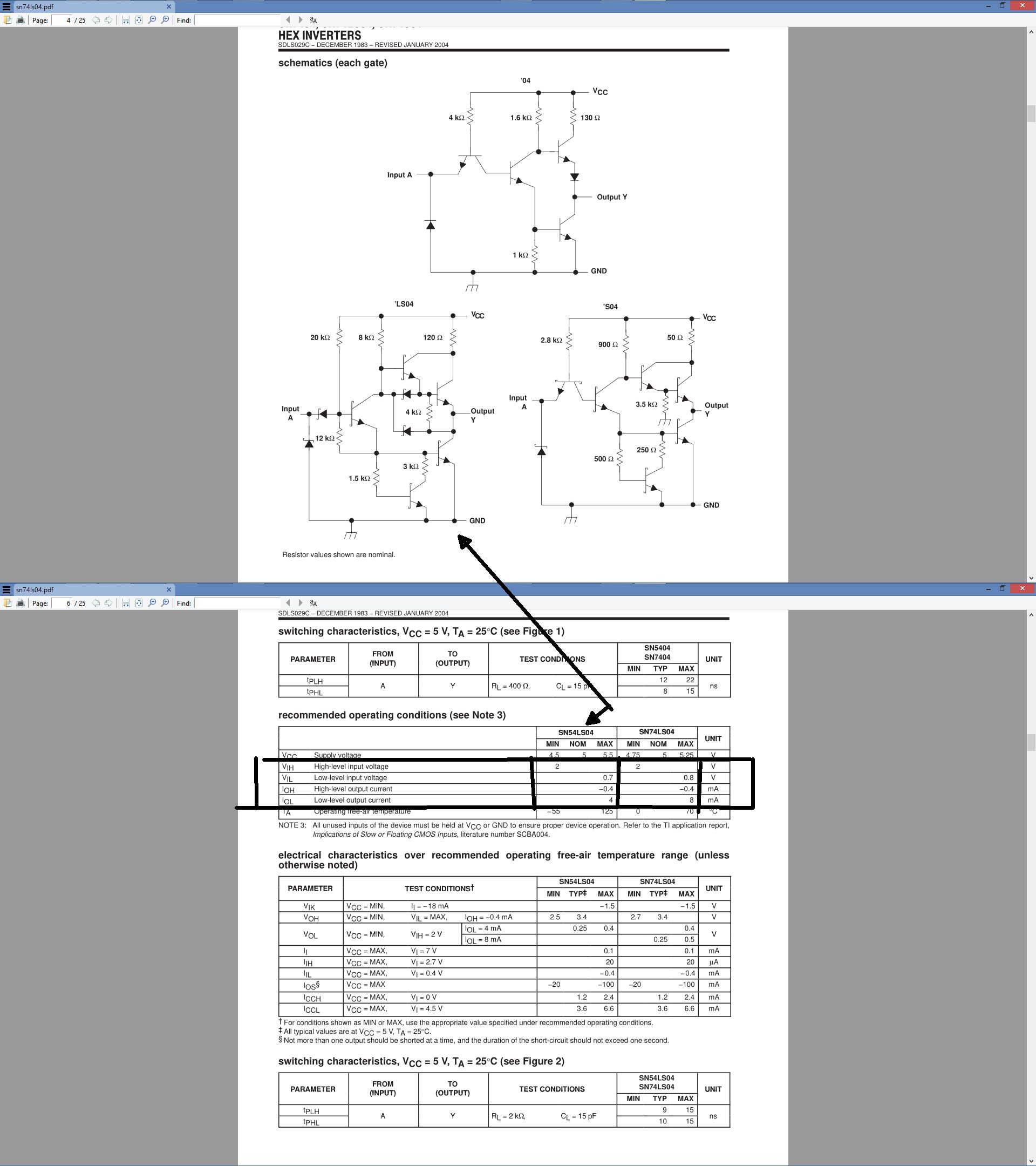 33
Is there any bidirectional 5v-3.3v level shifter?
25
Single transistor level up shifter
0
How does a LSF level-shifter work?