This is simply too much for me. My controller has at most 20 digital outputs. So I think I might need to use something like multiplexing. But the problem is that I can't do sweeping because none of these filters can be left floating. I can't even think of any solution to google for answers. Can anyone suggest a way?

If you parallel several of these (say) 16 to give up to 128 outputs you need 8 IOs to drive D0 to D7 (common to all) and 4 IO decoded to produce an extra 16 outputs to drive the individual LE lines.

Here's a design of a parallel IO card that is similar: - 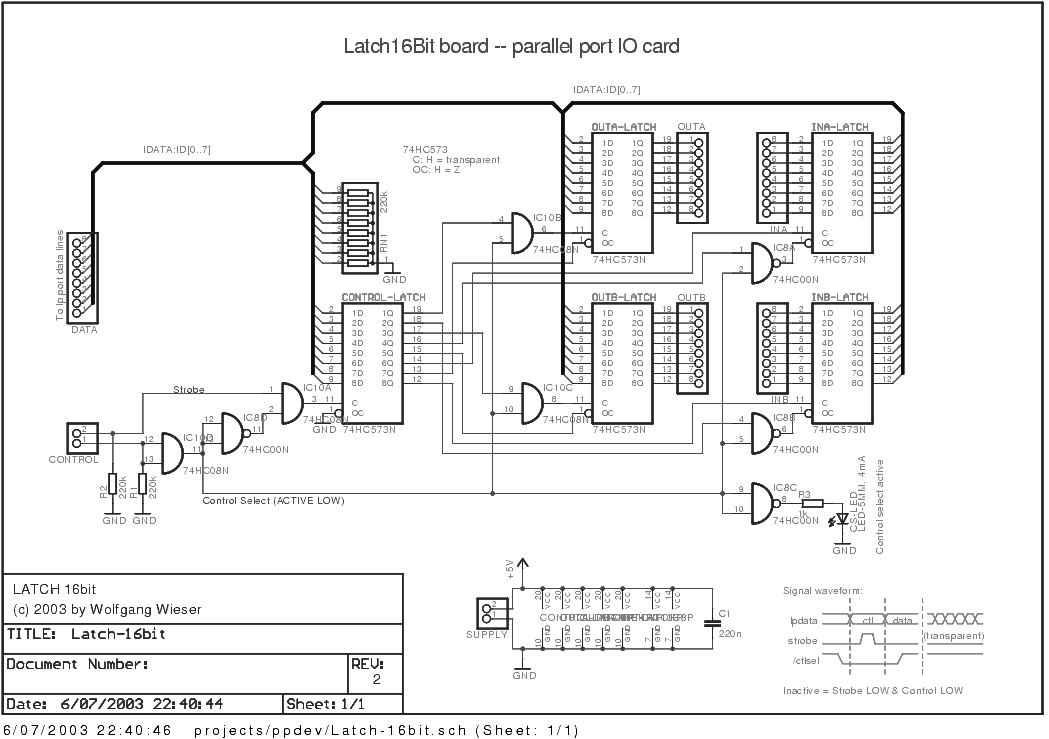 It operates slightly different to how I described but, in principal produces a multitude of IO lines all controlled from a few IO lines. The clever bit about the above design is that it also uses an extra 573 for the LE lines on the 573s used to generate the wide IO range.

0
Multiplexing 4 DC motors with arduino
6
Multiplexing a Circuit
0
Decoupling capacitors for Multiplexer?
0
Channel Bleeding with ADG732
1
Multiple I²C slaves with different addresses VS. using a multiplexer
0
How to control 12 DC motors simultaneously with Arduino Uno?
0
Using a minimal number of muliplexers to create a 55:55 multiplexer from smaller multiplexers
0
Multiple TCA9548A multiplexers are not working correctly with more than 3 connected