It is common to see capacitors in parallel, with smaller and smaller capacitance, in order to reduce the parasitic ESR (and the equivalent series inductance). This allows obtaining relatively big capacitances of very low ESR. But I've not seen in the literature that a similar, dual trick, is used for inductors: to connect in series inductors of smaller and smaller inductance (and hence, generally speaking, of smaller and smaller parasitic effects), with suitable shielding. I had a look at various inductor models, and if my understanding is correct, this would reduce enormously the parallel capacitance (probably the most annoying parasitic element), as well as the parasitic parallel resistance (magnetic losses). Of course, this would also somewhat increase the ESR of the inductance, but this is not a problem in general.

My question is: is this idea correct, and where is it dealt in the literature?

This is a very common practice when designing bias tees. A bias tee requires an inductor that can block a wide range of frequencies, for example, 10 kHz to 20 GHz in one application I've worked on. So a low-value, but also high series resonant frequency (SRF), inductor is connected directly to the input trace to block high frequencies, while one or more higher-value (and lower SRF) inductors are connected in series to block lower frequencies. 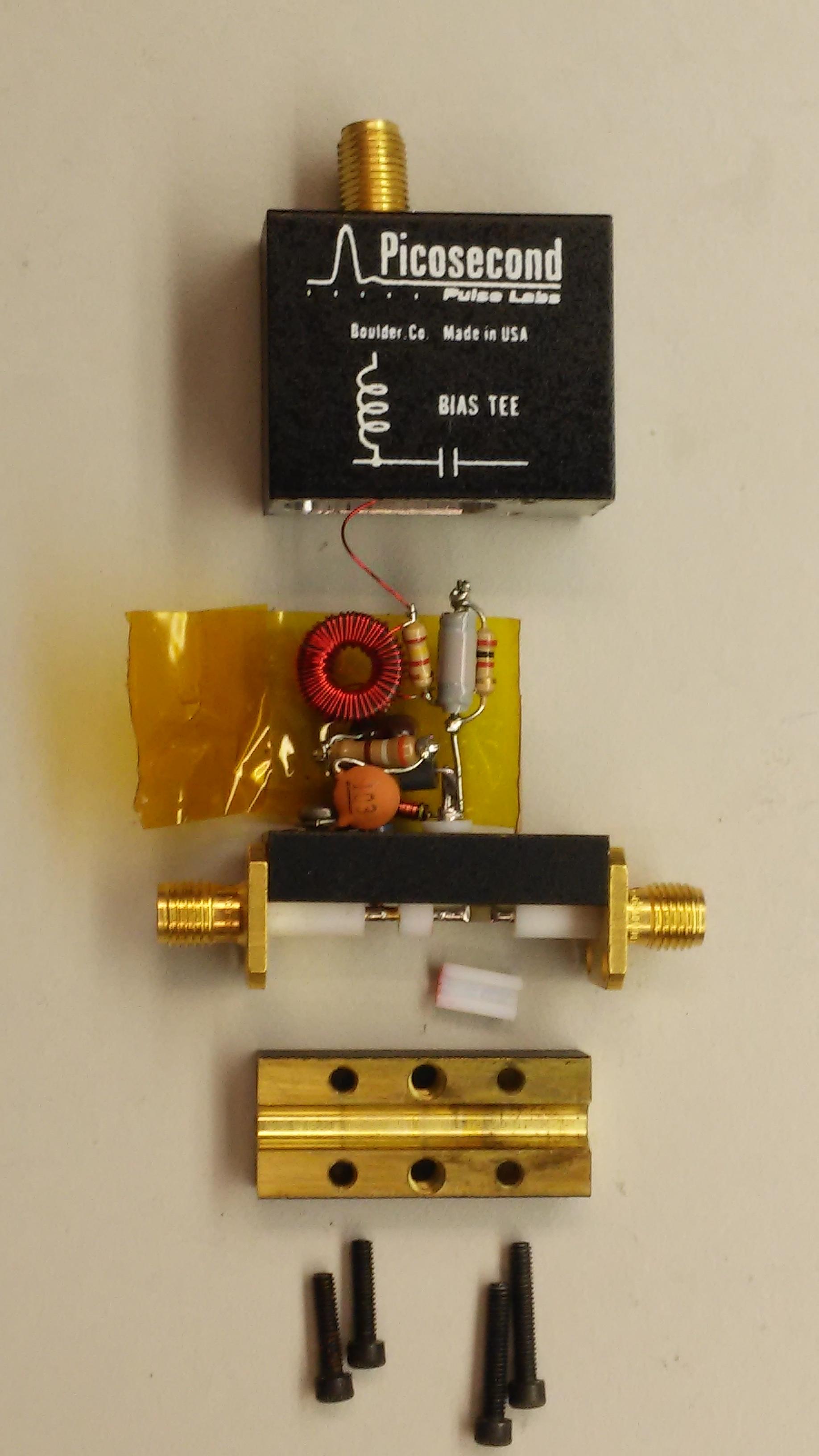 You can see a fairly complicated network of radial coils, toroidal coils, and ferrite beads used to obtain wideband blocking.

Not the answer you're looking for? Browse other questions tagged capacitor inductor capacitance inductance magnetics or ask your own question.

1
Need help with Relaxation Oscillator with Parasitic Capacitance
0
How to simulate parasitic reactances in a circuit
0
Inductance of toroidal-cylindrical inductor?
2
Why inductors lose inductance when connected in parallel?
3
Modeling passive elements at high frequencies
6
How is it possible that the reverse transfer capacitance of this FET is so low?
6
If you have two identical but oppositely wound inductors does the inductance effectively cancel?
4
Is my answer correct to this non-ideal capacitor question?