How to use a logic level shifter for 1602 LCD

please bear with me as I am very new to electronics. I am trying to connect a NodeMCU dev kit (ESP8266) with a 1602LCD. I am using an i2c converter to interface with the LCD. The LCD requires 5V. I think the nodemcu dev kit (esp8266), uses 3.3v for it's digital outputs but it does have a VIN on the module so it regulates that 5V to 3.3v internally. I bought a logic level converter because I read that I would need one.

This is how my circuit looks right now: 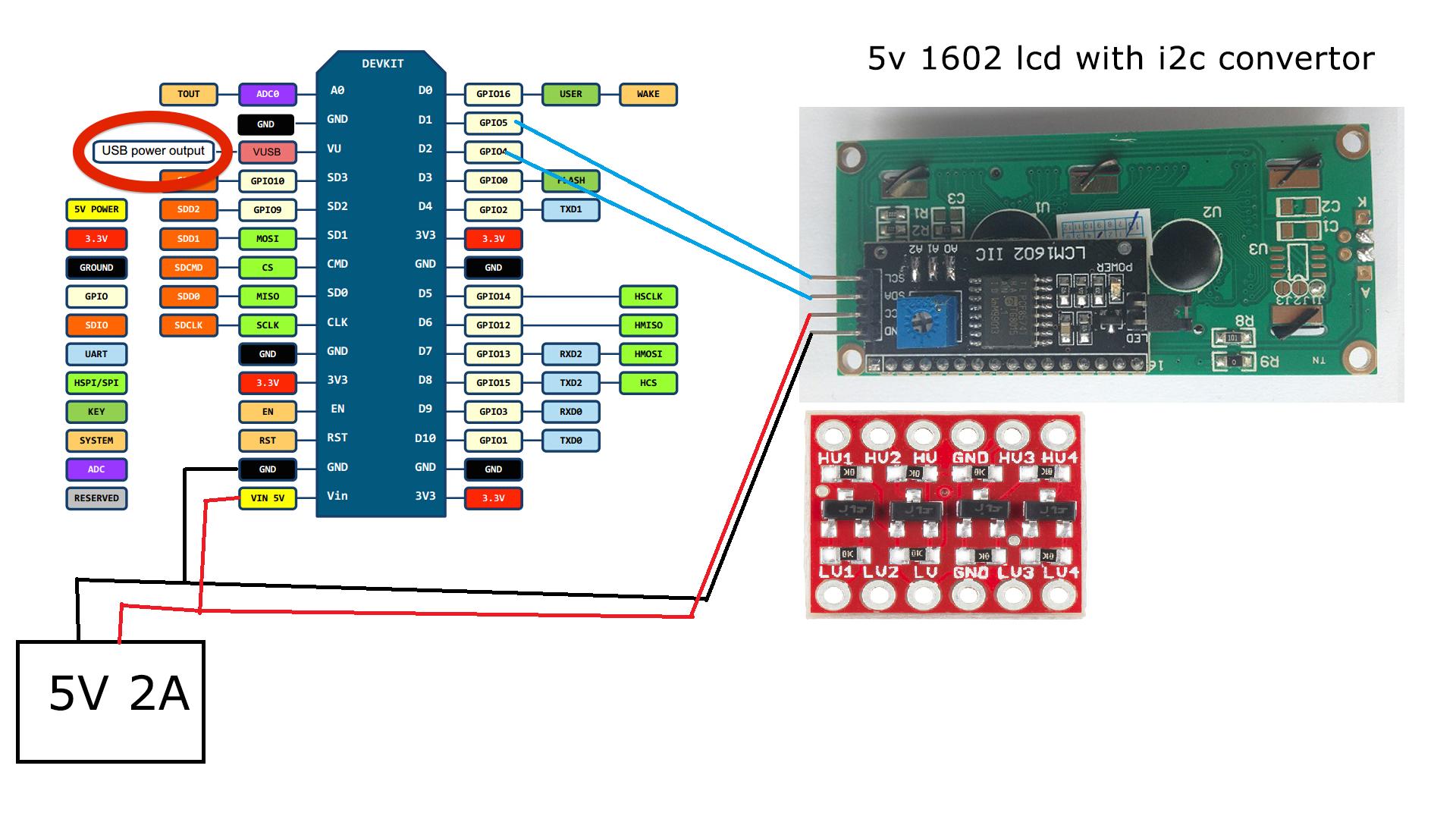 Also, Would it be possible to add three 5mm leds to this circuit with the power source I am using? I am not sure which resistors to use because I just want to use the LEDs as power indicators and it doesnt have to be bright.

I am not an electronics engineer... that being said, I have used a 1602 LCD screen with my Orange PI Zero, which, like your ESP, also outputs SDA and SCL at 3.3V (and not the 5V expected by the 1602). Just like in your setup, the screen appears to work perfectly - that is, provided it is fed with 5V at its VCC pin. EDIT: But keep reading - in the end, it turned out that it wasn't "working perfectly"...

To be 100% sure, you'd use your level shifter as follows:

That should work - and give you peace of mind that the screen is not slowly frying the electronics of your ESP.

I should probably follow my own advice and do the same for my very similar Orange PI Zero setup :-) 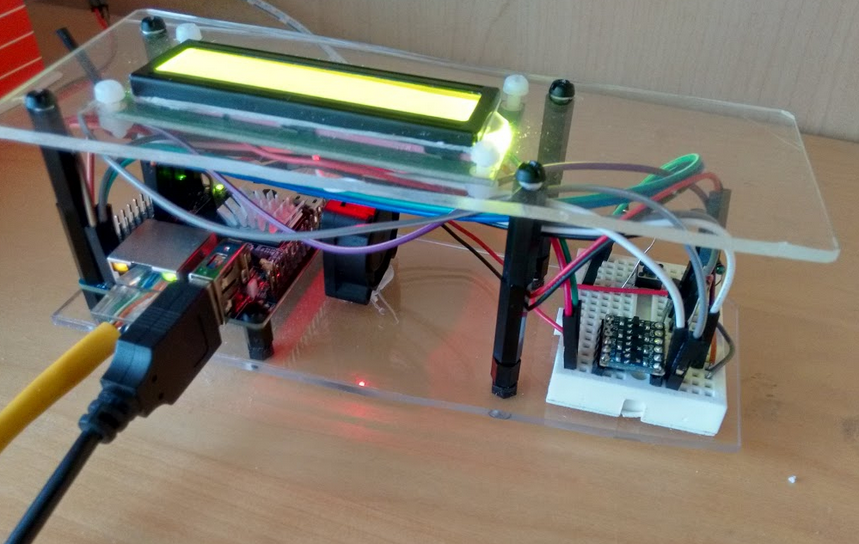 I bought a 4-channel level shifter from ebay (I don't post the link for fear of being classified as a spammer). Very cheap - 1.5 Euros - and 1 Euro for shipping to the NL (which took two days to arrive from France). In fact, I bought two of the shifters - having a spare is always good policy :-)

I soldered the headers and connected the shifter as I described above; and everything worked fabulously. Curious to see what was the actual impact, I also used my scope to see the level of SDA and SCL before and after the use of the shifter. It turned out that when I was connecting the Orange PI Zero's SDA/SCL directly to the screen's SDA/SCL, the level was pulled up to 3.9V - that is, above the 3.3V that the GPIO pins should be...

It wasn't 5V - but then again, it wasn't 3.3V either. I am guessing the I2C circuit that is attached to the 1602 causes some voltage drop of its own - taking it down to 3.9V. But the important thing is that the end result was 3.9V on the SDA and SCL pins of the Orange PI Zero - above 3.3V... Instead, with the shifter in place as described above, the values are now exactly right: both SDA and SCL are at 3.3V.

the best way to translate is not to translate at all. you should explore if you can run your host at 5v or run your lcd at 3.3v - i'm staring at a 1602 running at 3v right now.

the trick there is to produce Vlcd sufficiently negative (vs. Vdd, typically in the 4 - 5v range). there are numerous ways to do that. For example a charge pump powered by a pulse train generated by your host.

short of that, try to use a resistor - they are quite simple and reliable as a translater.

if that doesn't work, there are lots of translators - from discrete versions (NXP has an application note on that) to ICs.