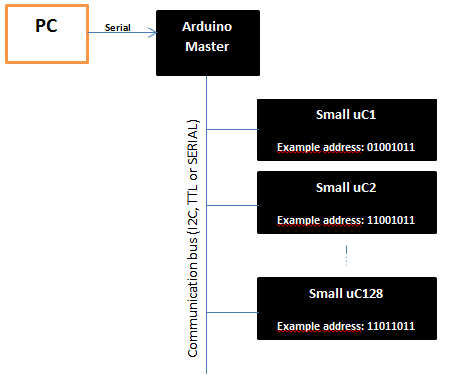 3
Reasons using RS232 instead of USB
1
Arduino and Computer Communication
2
ATtiny85, ARduino IDE, TinyDebug: Error sending int values
0
Formal Name of TXRX Communication
0
How to get 32u4 arduino to ignore DTR for USB Serial?
0
For a 'customized' arduino consuming less energy making use of Attiny85 vs PCB Fabrication?