FOC for a BLDC motor with Hall sensors but no encoder

I am trying to implement a FOC algorithm in an MCU to use with a BLDC motor.

My problem is that I only have the Hall sensor feedback, no precise encoder can be used. With this 4 pole pairs motor, Hall sensors give 15 degree resolution.

I think this is the reason my algorithm is failing and I cant get a DC constant d and q values.

Is there any better way to drive a BLDC motor than FOC? What I need actually is a way to feed torque/ current to the regulator and be able to precisely read the feedback.

My analog circuitry for measuring \$I_a\$ and \$I_b\$ currents works fine, I just don't know how to calculate the needed feedback value.

In other words, can FOC even work for BLDC without an encoder but just with Hall sensors? If not, what is the better way? 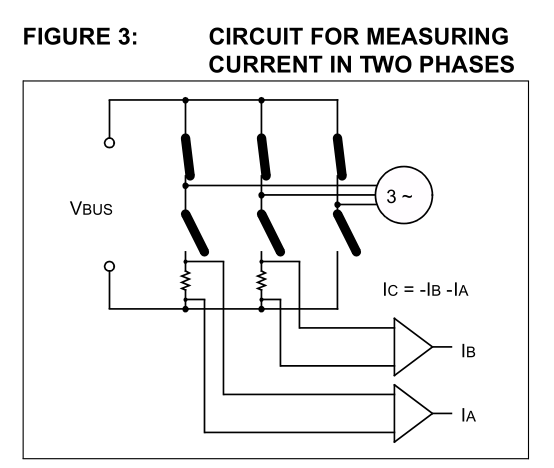 can FOC even work for BLDC without an encoder but just with Hall sensors?

You have an encoder, it just doesn't have very high resolution. But how to increase it?

Once you know how fast the rotor is spinning (time between Hall sensor signal changes) you can predict intermediate angles. If motor speed is changing then the prediction will be off, but you can compensate for this too by measuring the acceleration and factoring it in.

It is rather hard to think of such a system without carving out a shaft position/velocity estimator as a separate concept whose properties you can adjust independently of the other components.

The estimator doesn't need access to any hardware: the API above is all you need to interface it with the rest of the system. Since update() is called periodically at a fixed rate, the estimator can keep track of how many ticks it took the shaft to rotate between Hall state changes. You could apply filtering commensurate with the ratio of the inertia in the system vs. expected disturbing torque (whether generated by the motor or applied externally), you could also make a more complex estimator that uses the torque generated by the motor to estimate the effective inertia of the motor system and applied external load torque. None of it is particularly complicated; here you have a starting point that clarifies how the interface of the estimator should look.

If you want a starting point AVR32732 app note has a link to source code that includes a crude implementation of such an estimator, although it unnecessarily uses interrupts to read the Hall inputs - you don't need it, nor does it give any benefits to do so.

Not the answer you're looking for? Browse other questions tagged motor brushless-dc-motor algorithm pmsm or ask your own question.

3
bldc motor torque controller
3
Precision angle (0.5° or better) with a motor
3
BLDC speed/torque control with L6229 or L6235
0
How to derive the torque expression for a BLDC?
1
Motor for precise low speed motion but also capable of high speeds
0
Commutation of BLDC motors with respect to number of poles
1
Relationship between offset in electrical angle and BLDC motor performance
0
Can AC synchronous motors be controlled with VESC?
0
spwm look up table {For bldc control}