Why doesn't AC motor slow down when connected in parallel to a capacitor?

Essentially, the motor would slow down or stall because it is getting negative voltage, but it doesn't. Very confused and please no MATH in your answers. It will only frustrate me further. 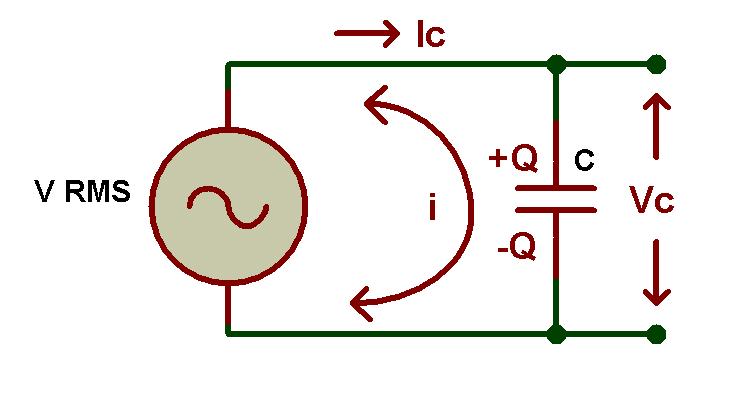 During the zero point, no power from the source goes to the load and the capacitor is holding a charge, but not charging.

This is your misunderstanding.

Since the capacitor is directly across the mains with very low resistance anywhere in the circuit the capacitor voltage will follow the mains exactly in sync. There will be no lag (as there is in an RC circuit, for example) because there is no resistance.

The capacitor has no affect on the operation of the motor.

Induction motor operation is usually analyzed without considering back emf. A very simplified equivalent circuit only includes the electromagnet and a variable resistor. The variable resistor represents power converted to mechanical power and some of the losses.

The reason this is true is that the AC line is intended to be an AC voltage source (and in fact what you have drawn is literally one) - up until the point where you break something, you can to a first order approximation consider that the voltage on the line terminals is the same no matter what you connect.

Of course while this is absolutely true for what you have drawn, there is a degree to which this is not strictly true for actual machinery connected to an actual AC line of non-zero source impedance.

For one, the capacitance will be an admittance at AC, which is to say that it will load the line during part of the cycle and so (assuming finite wiring resistance) both reduce the voltage and shift the phase a little. But the motor will only see a different phase - which it doesn't care about at all and a slightly lower voltage, which if an induction motor not critically loaded it doesn't particularly care about either, since the speed absent substantially loaded slip is determined by the line frequency.

The practical reason why someone would actually build the circuit drawn has nothing to do with speed control, but rather with a desire to balance the inductive reactance of the motor with local capacitance, so that the load to the AC grid is more nearly resistive. Although neither inductive or capacitive reactance consume real power, the cyclic AC power in and out of them has to flow through the real resistance of the distribution wiring where it does dissipate real power as heat, so industrial customers are billed a surchage for reactive loads, and may find it desirable to locally compensate out the reactance.

So if you want a model where something actually happens, you need to insert a resistor between the motor / capacitor assembly and the AC source, to model line losses.

Not the answer you're looking for? Browse other questions tagged capacitor ac induction-motor or ask your own question.