This current transducer has 2 supply pins:

I was wondering, what is the total power consumption of this transducer: 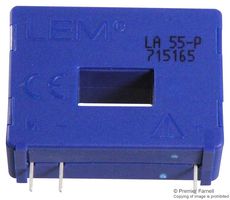 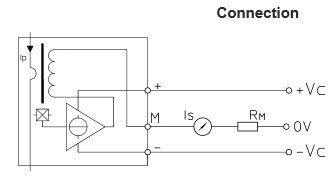 All of these devices work using Hall-effect sensors. This is represented in the schematic by the X-box. 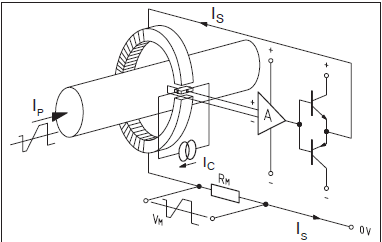 The amplifier runs a current through the coil winding so that the flux in the core sums to zero. This is rather clever as it removes all non-linearities of the core from the performance of the device. It is never driven into saturation (if operated within spec) and never leaves zero so there are no hysteresis effects either. The flux cancelling current is fed to the output and will be directly proportional to the primary current.

At zero primary current there will be zero output current so the quiescent current must flow from V+ to V-.

What is the total power consumption of the transducer?

Probably not. The datasheet is not very comprehensive so I am guessing a bit. If it's important: measure!

The device itself needs 10mA (continuously) from both supply rails to work.

And next to that it will draw Is from the supply "in general". If Is flows out of the device it will be drawn from the positive supply (and vv).

Not the answer you're looking for? Browse other questions tagged current-measurement power-consumption transducer or ask your own question.