I recently bought an el-cheapo night light for $1 just to see how they manage to get the costs so low. I expected to meet an el-cheapo voltage regulator at best or even a bridge rectifier but alas! None exist here. I just can't figure out how or why the circuit here works with mains (240V) voltage. It does get warm during operation but I wasn't going to use it anyways so it is just a learning prop for me. I have no idea what the SOT part labelled "J6" is and if it's a transistor, what kind. Please help me figure out how it works and what that "J6" could be.

edit: R2 is the LDR, the other resistors are SMD resistors and the capacitor is an electrolytic cap. 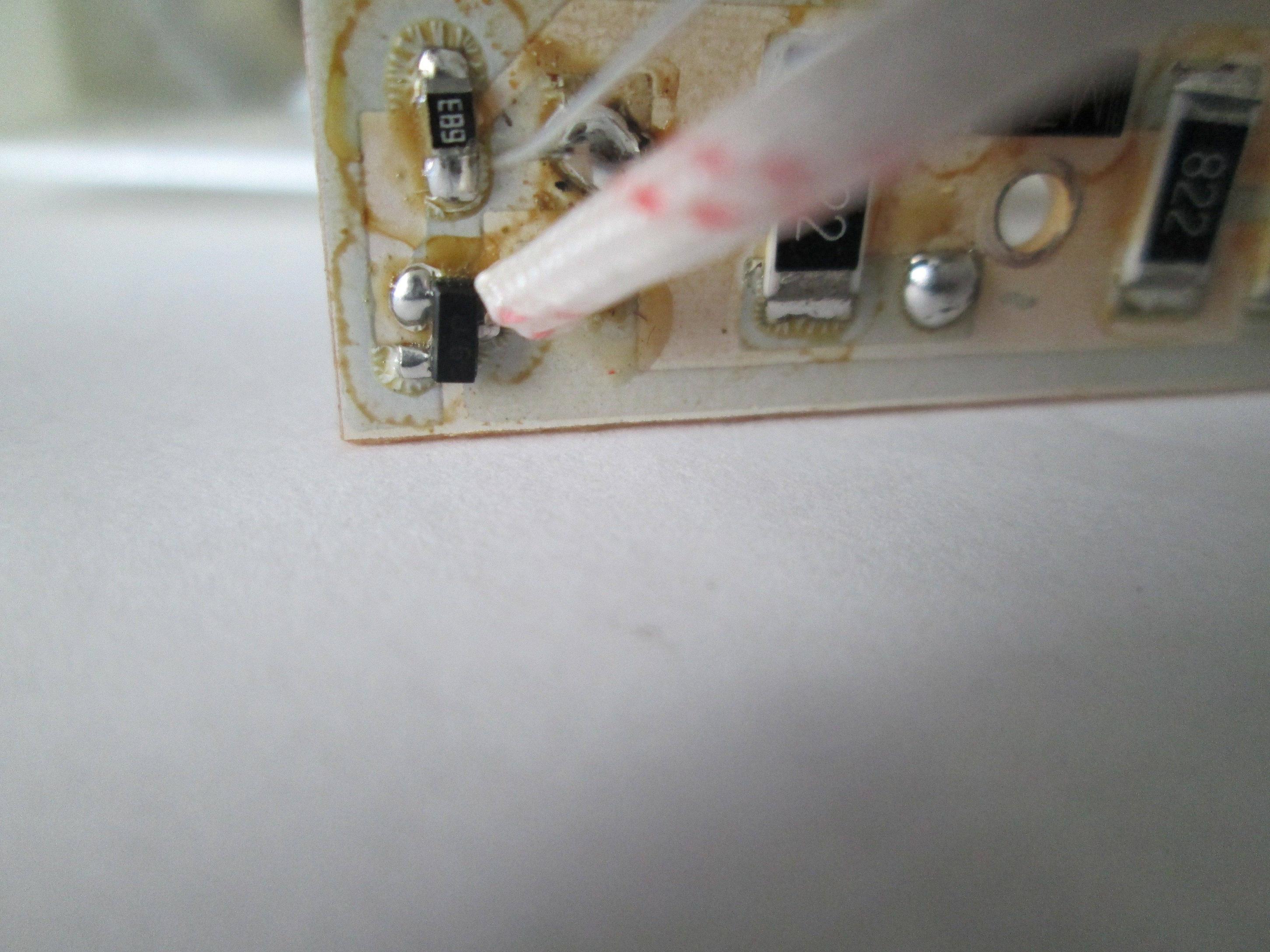 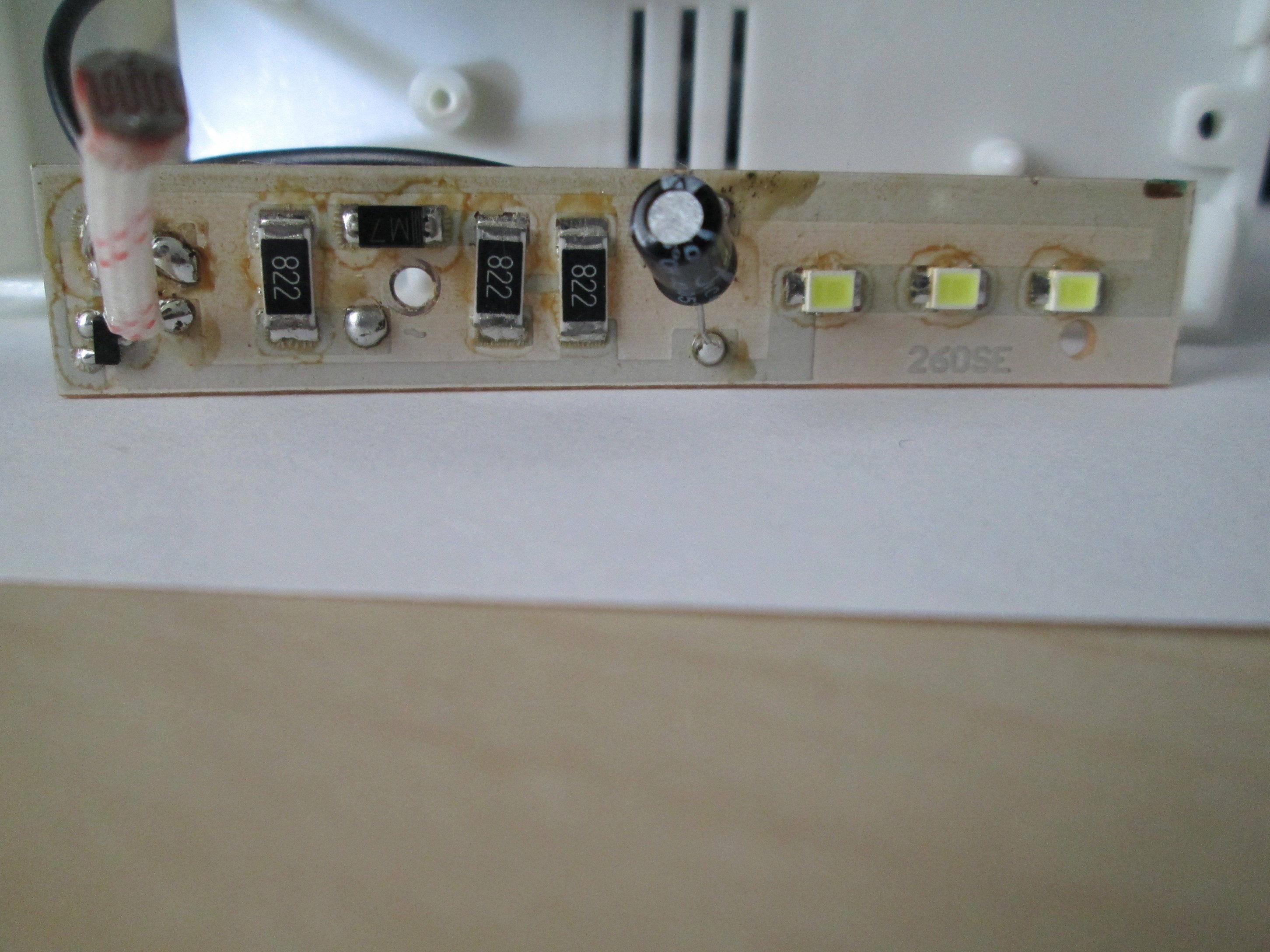 and I've drawn the schematic as is:

The reason for using a wasteful shunt to turn the LEDs off instead of cutting power is probably this: in both "on" and "off" states, the business end operates at low voltages, only R3,R4,R5,D4 need to be rated for high voltages.

This is slightly cunning : if you attempted to cut the current off during daylight, to save power, the transistor would have to be rated to the peak mains voltage (350V or more) adding some expense as well as (possibly) more safety concerns.

If any of the LEDs fail open circuit, the transistor will probably fail over-voltage next time it gets dark, unless the capacitor fails first.

I expect it has been tested and shown not to start a fire in that failure mode - actual functionality and repair aren't an issue given the price.

The LEDs and D4 create a simple half wave rectifier. The resistors R3, R4 and R5 provide the necessary current limiting. C1 provides very simple decoupling. When the LDR has light on it, it's resistance is very low and the base of transistor Q1 gets enough current to turn on, likely to saturation. This effectively shorts out the LEDs, so they turn off. When the ambient light goes out, the LDR is high resistance, and the base of Q1 receives almost no current, making it more like an open, so current flows through the LEDs.

It's interesting that when the LEDs are off, the resistors and D4 are still just wasting power. Cheap cheap cheap! I assume the designers used three different resistors in series instead of just one for power dissipation reasons, but it could also be a cost thing.

There will be greater peak currents to charge the Cap than than the average LED current. The peak LED current is defined by resistance total,series R in which we can neglect ESR and voltage drop of LEDs

The cap only reduces the flicker 15% from 100%, which we can determine from the LED ESR.

Neglecting the LDR/NPN disable circuit we have;

Not the answer you're looking for? Browse other questions tagged circuit-design light-sensor or ask your own question.