I'm studying on my own for an exam. I bumped into this problem that really got me. My answer just doesn't match. 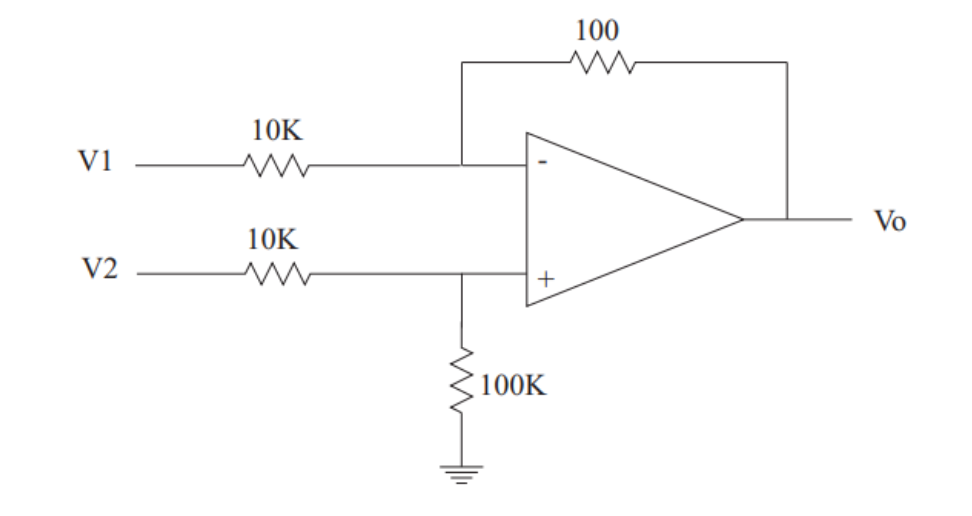 I think there's something wrong with the problem, but since I don't have a way to confirm it I think I am missing something. Any help will be appreciated.

You then calculate the CMRR of the differential amplifier, assuming perfectly accurate resistors, and I get the suggested answer.

See if you can solve it with that information. Let us know. Meanwhile I'll have to read up on the matter!

Not the answer you're looking for? Browse other questions tagged operational-amplifier diff-amp cmrr or ask your own question.

0
Minimum CMRR design requirement
6
Optimizing op-amp overload recovery behaviour
2
How can the CMRR of an opamp be negative?
1
How can I model/understand this isolation module's CMR rejection ability?
2
What actually is the differential gain of an operational amplifier and why does its value change when we consider the common-mode gain?
0
Problem with Op amp and zener diode circuit
3
Why need to separate the path of the current of these two signal source?
0
Measuring CMRR of op-amp circuit