Why is it not advisable to fuse the neutral

I have been doing some research on this question. The answer I get most of the time is that this is for safety reasons. That there can be no current in the neutral that didn't come from the live. If anyone has a clear answer, please tell me. 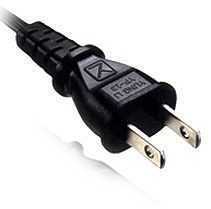 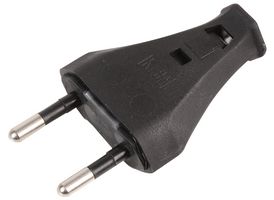 Note that with the unpolarised plugs the fuse can only be guaranteed to protect against over-current in the device itself. e.g., a motor short-circuit will cause the fuse to blow. With the fuse in the neutral wire a short to earth would not cause high current to flow through the fuse.

Having a device appear to be electrically dead while its components are electrically live can be dangerous; if the neutral were fused, an overcurrent fault could easily create that dangerous condition unless the fusing assembly ensured that an overcurrent condition would disconnect both hot and neutral simultaneously. While it's possible to construct fuse assemblies in such fashion, such assemblies are generally much more expensive than those which only disconnect the wire through which excessive current is flowing.

Fuses are not recommended in neutral.

It wouldn't always make a difference but if the fuse has blown there is a good chance live and neutral shorted together. In this condition, if just neutral was fused, but connected to the products case, anything grounded would suddenly be capable of a serious shock or become a fire hazard.

The connection of the fuse to the phase is just like the protection both human being and also the electrical system against the excessive current.

Not the answer you're looking for? Browse other questions tagged wiring bad-wiring or ask your own question.

1
Should a fuse blow if both neutral/live pin in a three-point socket test live in a continuity tester?
1
Can AC current be switched using SPST EM-relay controlling "live" wire alone?
2
Why is there a potential difference between neutral and ground (earth)?
0
How to calculate the neutral wire size of a home (department)?
15
Why an electrician wiring error could make a PC's USB shield be at 120V when it should be grounded
4
If ground and neutral are bonded at main panel, why aren't all grounded device chassis energized?
2
Figuring out ground in AC circuit