I have been using arduino uno development board for a few months now and wanted to shift to a smaller version of the same. For this, I used Atmega328p AU standalone chip using an I.C. socket (schematic). The schematic doesn't show 22pf capacitors with the crystal I have used.

Everything worked fine till the time I was using my mac to power the circuit. But when I use the wall socket to power my circuit, the setup starts misbehaving whenever I operate (turning switches on or off, rotating the fan regulator knobs to change fan speed etc.) any switch on the switch board to which the wall socket is plugged in. Whole setup isn't related to any other switch or regulator. It is just connected to the 5v wall socket adaptor which I have plugged in the board as shown in the picture below. Whenever I turn the switch on or off or turn the regulator knobs, I think some spikes/surges are ingested through the adaptor. The whole setup just starts resetting regularly or most of the time freezes altogether. However, the problem doesn't show up in the Uno development board plugged into the same adaptor using 5v and GND pin. I do not understand what is making the difference between the two. Is there a need for some decoupling or isolation?

Following are some pics of the setups 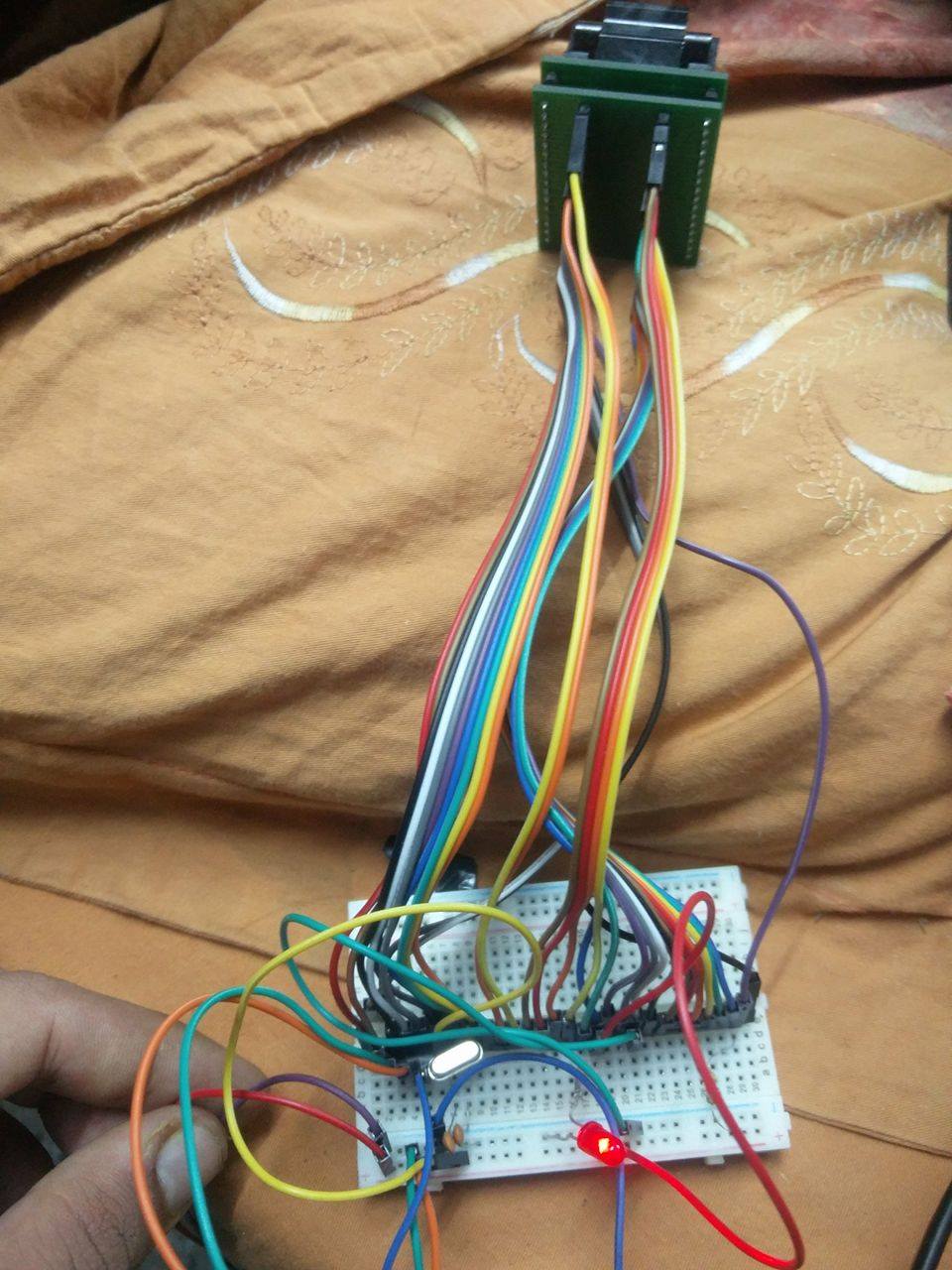 At the left bottom of this image, the two wires I am holding show the 5V power input to the breadboard circuit. Note that I have given the input to the 5v pin of the chip and not vcc (because it works fine bypassing the voltage regulator).

The fan speed regulator knobs are not connected to the arduino. The only link is the adaptor, I suppose.

A summary of some of the comments made, since I agree with all of them:

The Uno has on board linear regulators which smooth out any unwanted and high voltage ripple present in wall socket adapters. It looks like your adapters has a high voltage ripple on its output and this is causing the random resets. Try powering your setup with a battery and see what happens.

Not the answer you're looking for? Browse other questions tagged arduino surface-mount atmega328p or ask your own question.

0
Arduino standalone with 9V battery and accelerometer
0
ATMEGA328P standalone sketch doesn't work as expected
1
Atmega328P - PU Not Working Properly (Instability, goes to sleep mode after some usage)
0
ATMEGA328p only outputs 1.15V
2
ATMEGA328p-AU BootLoader
0
Why did my Atmega328p chips stop working?
0
Why do my all Atmega328P chips stop responding suddenly in a 12v circuit with Zener diode?
3
ATmega328P development board not working