I recently bought this MAX6675 sensor with a K-type thermocouple, and I'm wondering what's wrong with it. I'm been testing it against a DS18B20 based sensor (metallic tip), and MAX6675 is giving me readings way off the mark. 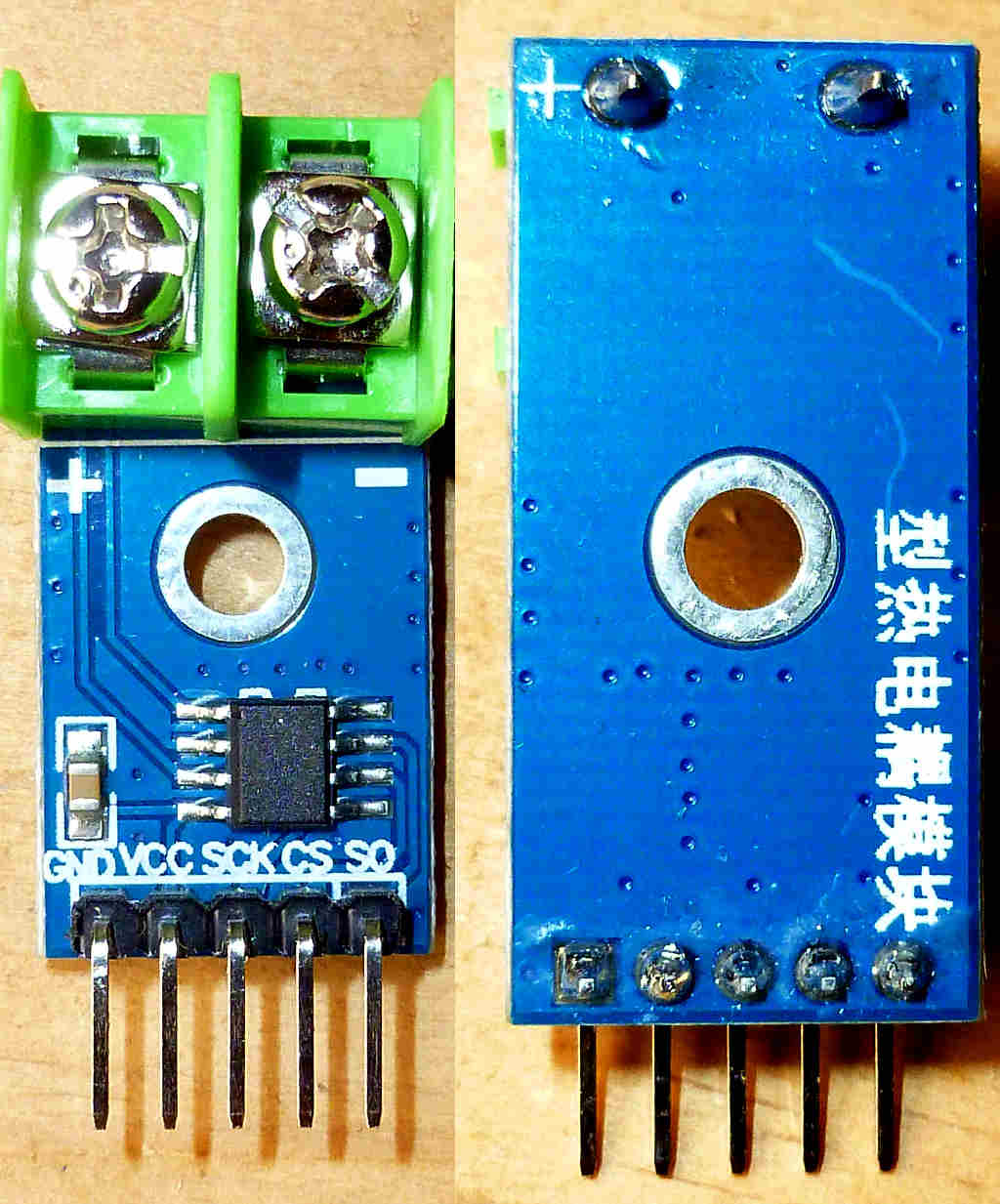 I tested it putting both sensors together against a hot plate and taking readings every 15 seconds. Plate start from room temperature. Previously, sensors were bring to start temp by immersing it in ice water. 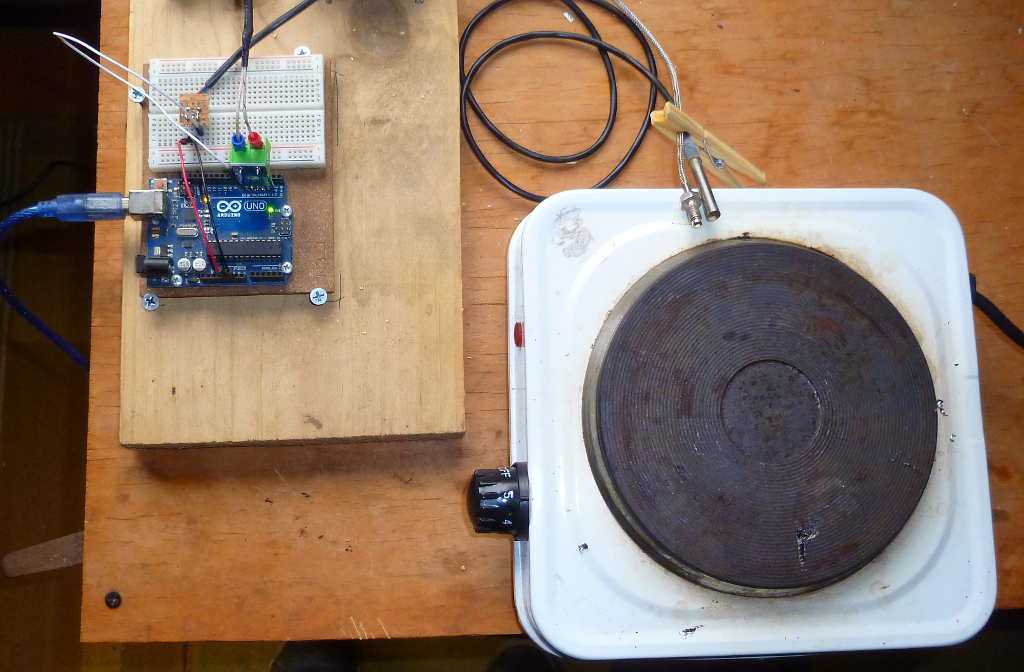 This is the result from a run test (temps in °C): 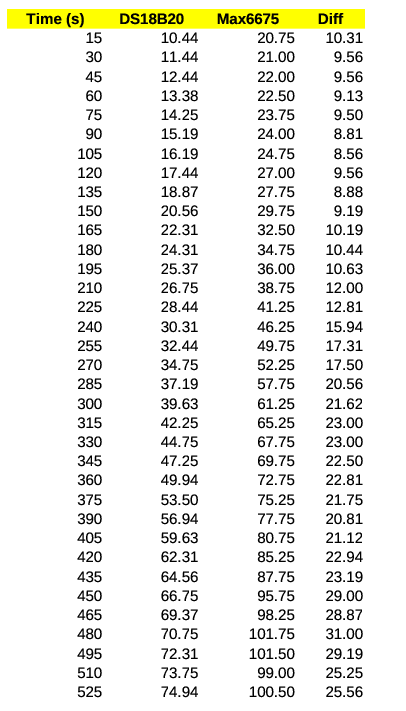 Basically, the greater the temp, the greater the difference between MAX6675 reading and "true" temp (as defined by DS18B20). In previous tests, when real temp reach 100°C, MAX6675 was giving ~150°C readings. This is not a offset or noise, but something else, almost exponential.

What is wrong here? Bad thermocouple? Throw it away and buy something else?

As user Totoxa wrote, the problem is that the original thermocouple wasn't a K-type one. I bought a new thermocouple, from another on-line store and voila!, it gives the correct reading from ice to boiling water. I only replace the thermocouple; chip, connections and sketch are the same.

What is wrong here?

tough to tell and possibly nothing.

1) you have to establish that there is something wrong. maybe the 18b20 wasn't giving the right readings. you should pick an easily established point - boiling water for example - to establish which of the two sensors are wrong.

2) if the maxim sensor is indeed giving the wrong readings, you have to establish that the fault is with the sensor, not your software. providing the direct readings from the sensor would be step #1 in that direction.

3) if the sensor hardware is faulty, you have to figure out whether it is the chip or the probe. if you have a different chip, it would be helpful.

Some temp sensors are known to be wrong. so swapping out the chip, if possible, would be helpful as well.