I recently acquired a Logitech Wingman Formula Force from a thrift store. This controller is marketed as USB or serial port.

By default the controller ships with a native serial connector, but then could be converted to USB using what appeared to be a converter. I am missing that converter.

Due to the fact it claims to have native USB I decided to open it up. Inside I found it has a ADM232AARW Serial Controller as well as a Intel N80930AD4 USB Controller.

The presence of both chips has lead me to the possibility that the supplied converter was not a serial bus to USB converter but instead just converted the connector to work as a USB.

What would be the best way to test to see if my suspicions are correct and how would I be able to figure out the correct pin-outs used to make the conversion?

Here is the board. 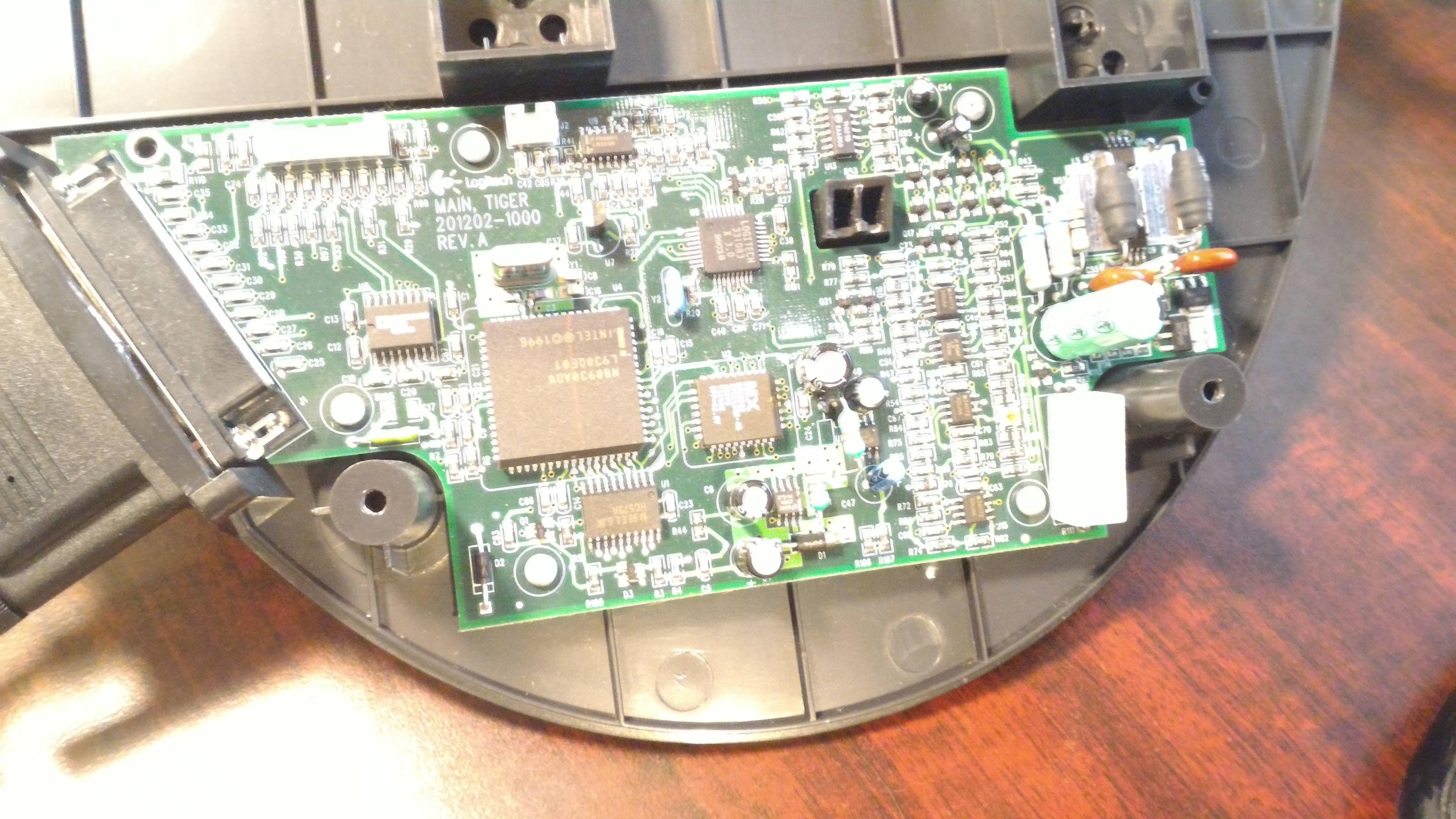 Based on a comment below I used a multimeter to track back the pinouts from the smaller connector to the bigger connector. Additionally I tried to get back to the USB controller but was only able to find trace back the connector to D p0, D m0, and V ccp.

With these three connections is it possible to create a crossover cable to USB?

Is it also possible to safely test without risking damage to either connecting device?

This article from 2008 gives the following diagram: 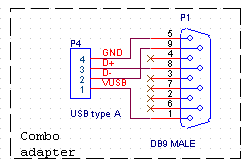 Not the answer you're looking for? Browse other questions tagged usb usb-device serial-bus or ask your own question.