I am designing a LED array. I am planning to use 12 White LEDs of 0.5W each. It has 150mA forward current and Forward voltage of 3.6v.

Here is my Schematic for it. 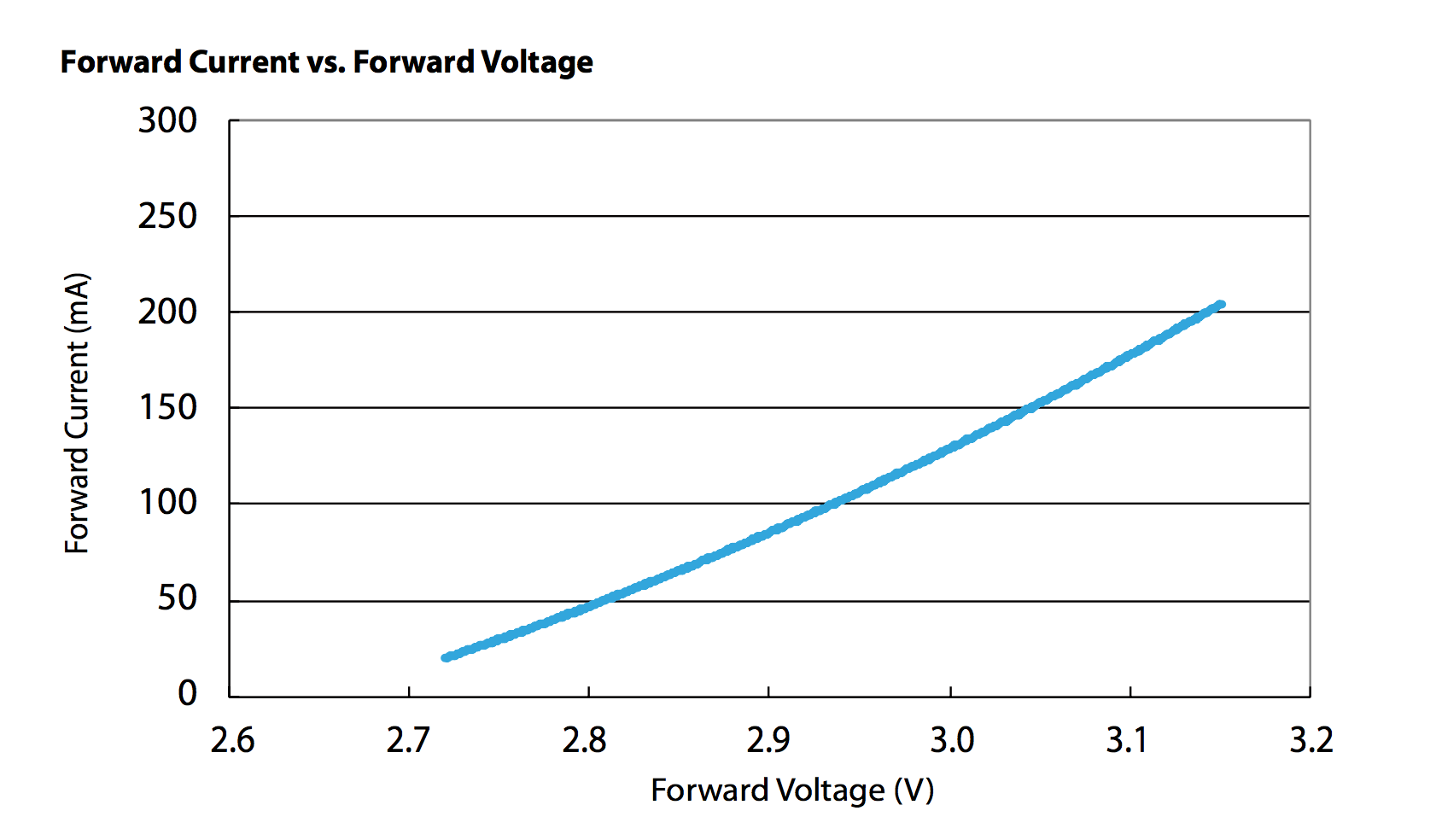 Is supply enough for glowing the LEDs to its fullest? Is supply current and voltage is enough for the array design? Resistance value is enough to drop voltage ?

Your LED datasheet shows a figure (which I take as representative only) of \$3.01\:\textrm{V}\$ when operating at \$150\:\textrm{mA}\$. It also shows that the manufacturer bins their LEDs for voltage ratings, with a maximum \$V_{fwd}\$ in tenths of a volt from \$2.7-3.2\:\textrm{V}\$. If you are buying these from an authorized supplier (or directly), it is likely you'll be asked to tell them which bin you want and there may be a price difference from one to another. If these are coming from a supplier who isn't asking you about the bin, then it may be the case that these are unbinned and may span anywhere within the range of \$2.6-3.2\:\textrm{V}\$, in operation at the same current. (The \$2.6\:\textrm{V}\$ comes from the minimum voltage of the minimum voltage LED bin.) Looking at the curve of \$V_{fwd}\$ vs current, I would estimate a local effective resistance of about \$1.8\:\Omega\$. (Just by estimating \$R=\tfrac{\Delta V}{\Delta I}\$.) There are therefore two bracketing models for your LEDs:

Now just by way of example, let's use your \$8.2\:\Omega\$ current limiting resistor and your \$12\pm 5\%\:\textrm{V}\$ power supply and see what range of behavior you could expect in the more unlucky cases.

Plus a little for power supply variation.

One main thing that comes from this is that you can easily see just how much variation in current you might see in the worst case situation. And you most certainly will see differences in the lighting and differences in the dissipation between these two circumstances. Plus, if you should get all of them with the lowest voltage rating bin, you could expect 4 strings to sum to currents as bad as \$1.5\:\textrm{A}\$, which exceeds your power supply rating. Finally, all of these currents are way in excess of your supposedly designed value of \$150\:\textrm{mA}\$. Which means your resistor was also not calculated correctly. (That came from your use of \$3.6\:\textrm{V}\$, of course.)

Resistors don't make good current regulators when they have very little voltage headroom to work with. That's one conclusion.

Another is that you may actually want to consider inserting a simple, active current regulator in line with each string to improve the situation. Something like this:

Now this isn't perfect, either. But it is better. One immediate problem I need to call out is that the 2N3906 isn't appropriate here. It might need to dissipate \$750\:\textrm{mW}\$ (or a lot less), so you need to select something in a larger package than a TO-92. A TO-220 would be lots better. And there are a lot of choices there. I'll leave that for your own consideration if you decide to even go this way. But keep it in mind.

The circuit I've shown sets the current with \$R_1\$. In this case, I'm assuming a \$V_{BE}\$ drop of about \$800\:\textrm{mV}\$, so the current should be about \$140\:\textrm{mA}\$ with the lower voltage LED types and about \$120\:\textrm{mA}\$ with the higher voltage LED types. That's a lot better regulation than with just a resistor. The reason this works is \$R_2\$ and \$Q_1\$'s collector current. The PNP BJT dumps any excess current through its collector into ground. In this way, the LEDs get a relatively stable current supply and the BJT tosses aside any excess that might otherwise have gone into them. I've set \$R_2\$ so that there is barely any excess current that has to be dumped by the BJT if the LED voltages are on the maximum high side. Regulation would be better still if I could set that excess current to a higher level. But if I did, you'd exceed your power supply rating with all four LED strings applied. So I am shaving things close here.

The resistors should be at least a quarter watt in size, too. But this is one possible approach to improving things if you don't know what you are getting.

There will also be a variation in the load current seen by your power supply. But I set this up so that the worst case is about \$230\:\textrm{mA}\$ per string. So with four strings this means it still is less than the power supply's rating.

In effect, I've added much better current regulation for each LED string. There's still some variation possible. But with the likely mix of LED values, I'm betting that you may not be able to notice the difference.

Let's do the math!

So the voltage on the resistor will be 1.2V.

So, going to the questions:

Is supply enough for glowing the LEDs to its fullest? Is supply current and voltage is enough for the array design?

Calculated current is 146mA, close enough to intended value. So it is an ok value. The resistor has to be at least 1/2W rated or more. With given care to dissipate heat you should be fine.

You want the LED current to be 0.15A and you supply the whole string with 12VDC.

Let's do some better math. on choice of Vf bins and If and Pd with better focus on specs and overall requirements. ($, deg C rise, % error and ambient temperature range n.b.!!)

Although there are still a few unknowns such as; 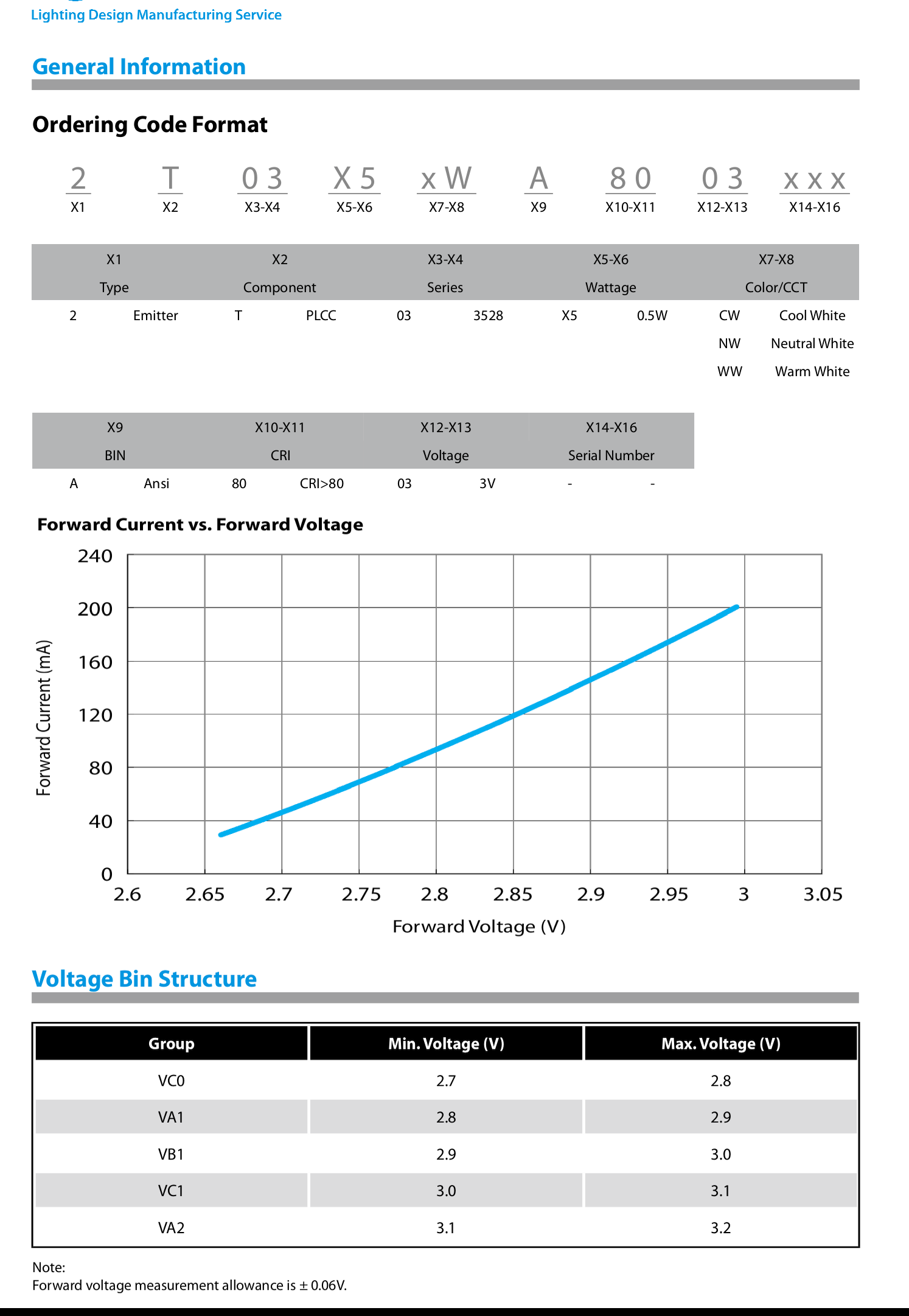 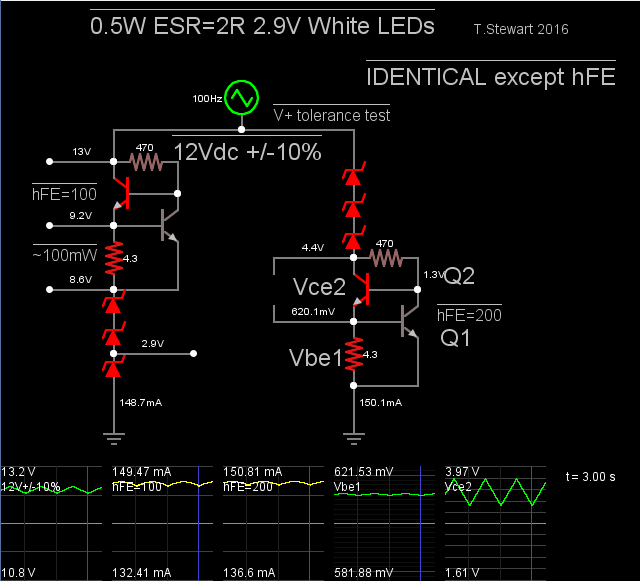 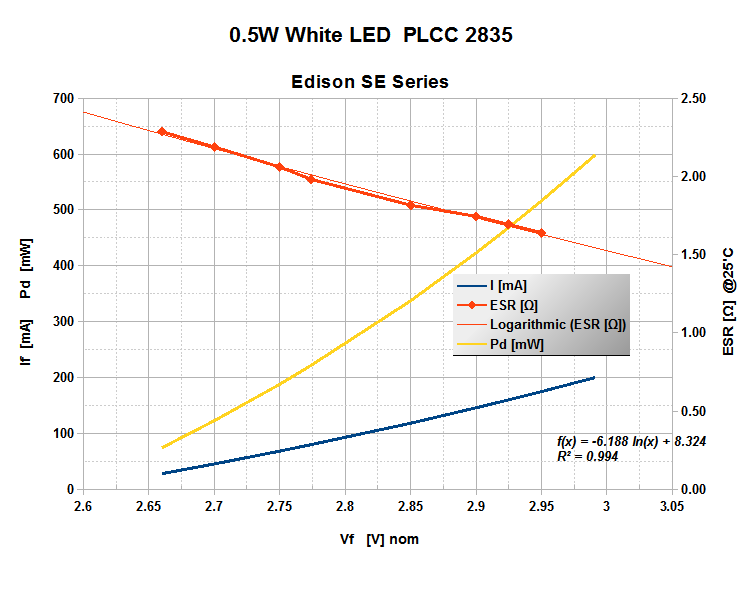 Not the answer you're looking for? Browse other questions tagged led circuit-design led-matrix or ask your own question.