Why is this light in this parallel circuit only working in series?

I have a set of christmas lights I have shortened. I don't understand what is happening here.

Both wires work to light the second half, but when I connect it all together (1), the light on the first half does not work??

In (2) and (3) I showed that power is still passing through both wires, except that it does not light the first half. So the problem is not a short in the wires themselves.

In (4) I show that the bulb lights up when I put them in series. So I also know the problem is not the bulb.

What is going on here? I don't understand what I am missing.

Here is a picture showing illustrations: 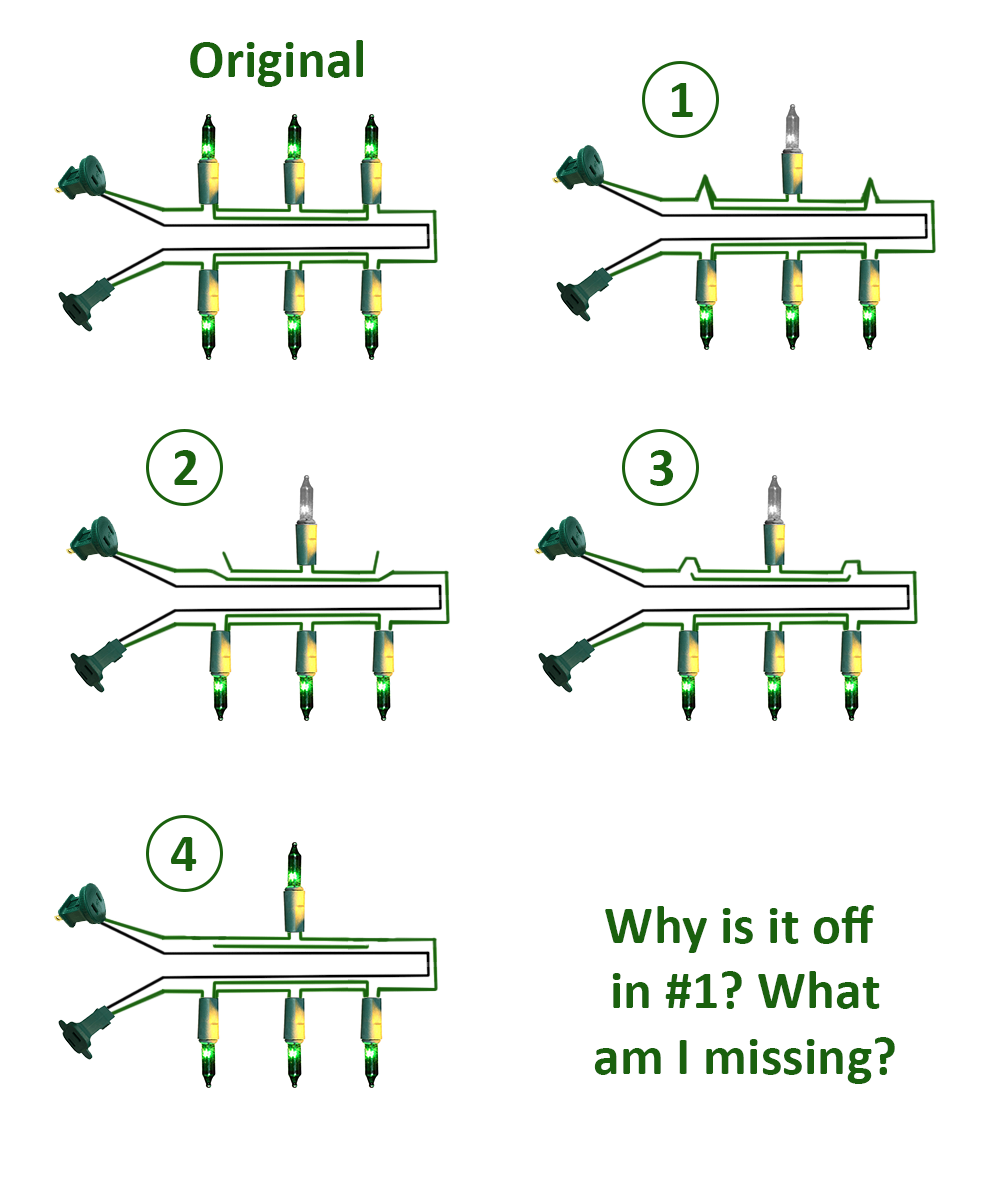 Ok, so by looking at a new uncut set, I have learned that the original was NOT in fact wired like above. Thanks to a commentor who pointed out that it is short-circuited, I went to a new set and learned that it was not wired as it originally looked. I also cracked open one of those lights with three wires to see what it looked like inside.

Here is a modified diagram of the actual wiring of the original. I popped off the bulb so you can see how it is attached: 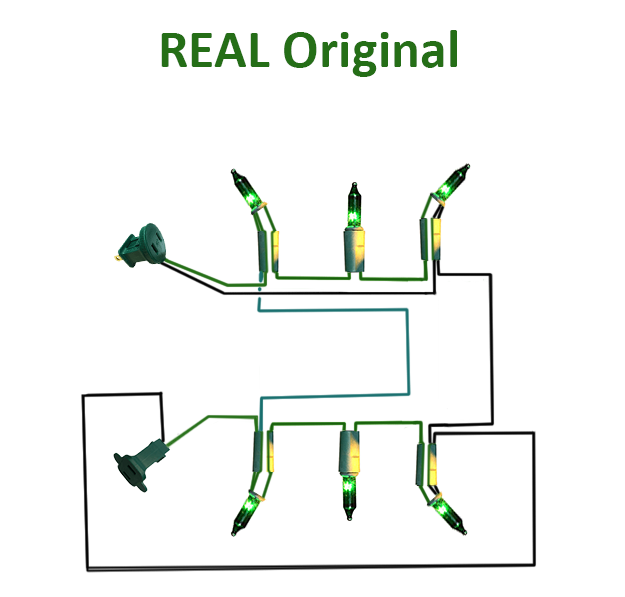 In #1 you are giving a (near) zero-resistance path alternative to the first light bulb, meaning it will have very, very little current flowing through it.

Not the answer you're looking for? Browse other questions tagged circuit-design parallel series or ask your own question.

0
HSR412 (solid state relay) parallel circuit connection not working?
21
Burned out filament but the light bulb has small resistance
1
LED resistance calculation for combined Series/Parallel Configurations
0
AC Circuit + Parallel resonant band-stop filter
1
Is this the ideal parallel circuit or is this a combination of series and parallel?
1
LED lights wired in series will not light
3
How to add second, lower power source to car fog light?
2
Why is this pair of electric brakes not working in series (as intended), but works in parallel?
6
Indicator light circuit