Efficiency of Half wave Rectifier and input RMS value 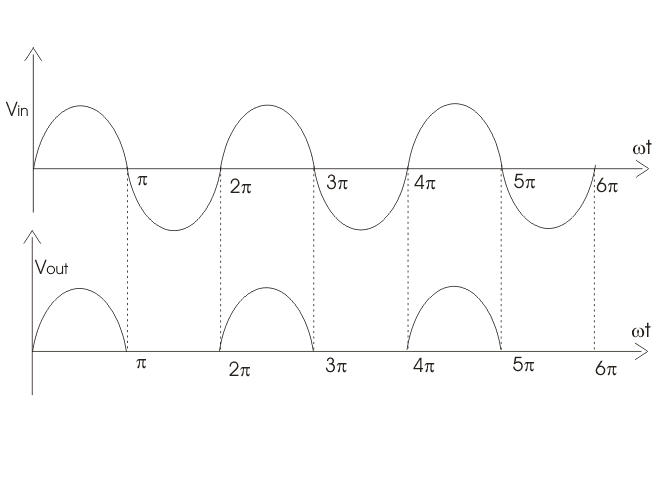 with ideal diodes for the given Vin, we get the Vout as in the figure.

My doubt is why do we consider one half cycle of the AC input to calculate Vrms and why not one full cycle. Peak inverse voltage of the diode is given by negative peak value of the input.

Vrms is a measure for the area below the U(t) curve. You place a rectangle with the length of one full cycle and the height Vrms into the graph. Then you choose Vrms so the rectangle and the original graph have the same area below.

The RMS voltage in the positive cycle is exactly the same in the negative cycle so there's no need to do a full cycle calculation for AC.

No, that would be incorrect for a half wave rectifier because the average power over one complete cycle is half the value of the power in the conducting half cycle.

Not the answer you're looking for? Browse other questions tagged rectifier efficiency or ask your own question.