Using a Ryobi 36v battery to power an electric kart

I'm attempting to use a BPL3650 36v Ryobi battery as the power source for replica electric willy's jeeps I've constructed for my kids.

However, when I go to use them in a circuit not in a Ryobi tool, they only appear to show 18.6v across the positive and negative terminals. I can exclude them from the circuit and just test the batteries with my multimeter and get 18.6v. Bizarrely, the actual behaviour the batteries exhibit is to start off at around 39v and over a period of about 10 seconds, drop to 18.6v (or approximately half voltage) as indicated by the multimeter. However, the batteries are actually fully charged.

There are 4 terminals on the battery, the middle 2 appear to be thermistors (designated T1 and T2)and when I opened the charger to have a look, only one of them was connected to the charging circuit board.

I'm 'assuming' that the battery must be getting some form of voltage across the second thermistor when in the actual hand tools that disables the battery protection circuits. Apart from dismantling a Ryobi 36v tool to see what might be triggering the circuit protection in the battery, I thought I'd post here to see if anyone has any thoughts or had already achieved this process themselves.

In short, does anyone know how to get the full 36v+ from a Ryobi battery outside a Ryobi powertool? 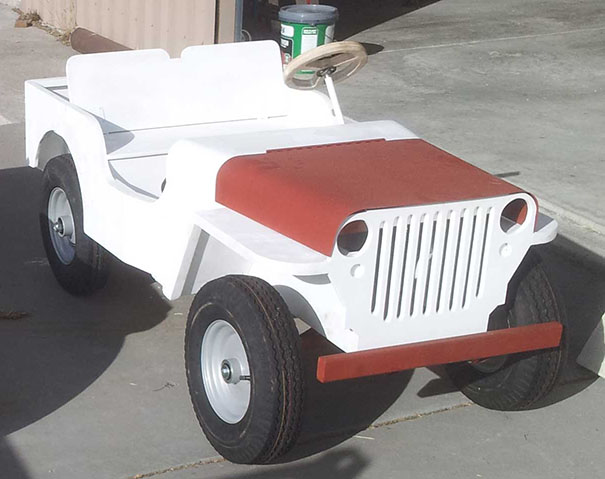 Including an image of the completed Jeeps (from a while ago now). On the 36v Ryobi batteries and a geared 500w ebike motor, they go faster than my ride-on lawnmower... 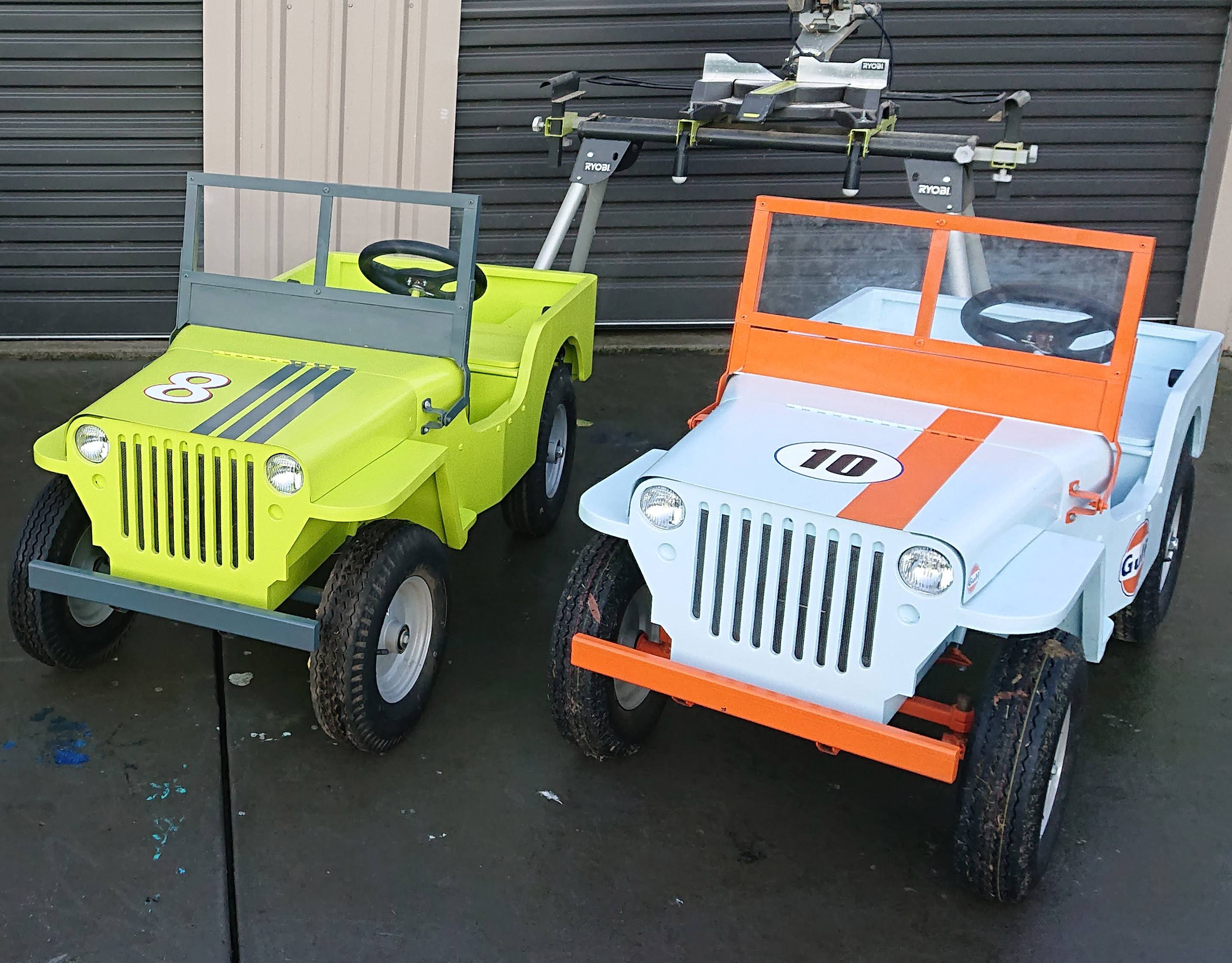 Update: Ended up dismantling a 36V strimmer to see what was going on. In the first picture below you've see the trigger switch (Jaiben DBW-2036E). The multimeter before the switch exhibits the same behaviour as before but after the swtich, a steady 41v. Would someone be able to tell me what the electrical component is that's connecting the two poles after the switch? All I can read on it is 10A so assuming amps of some form. 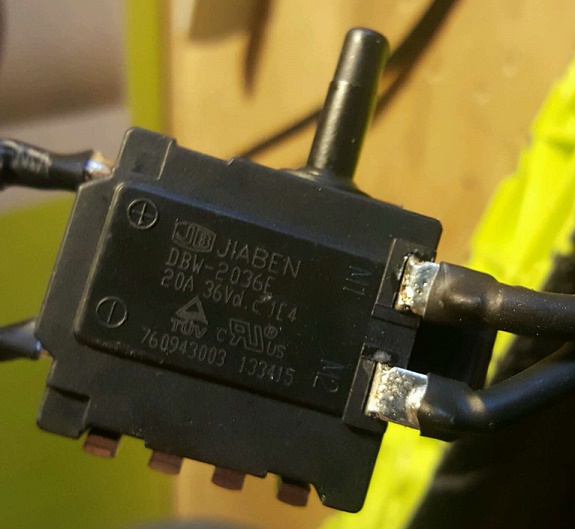 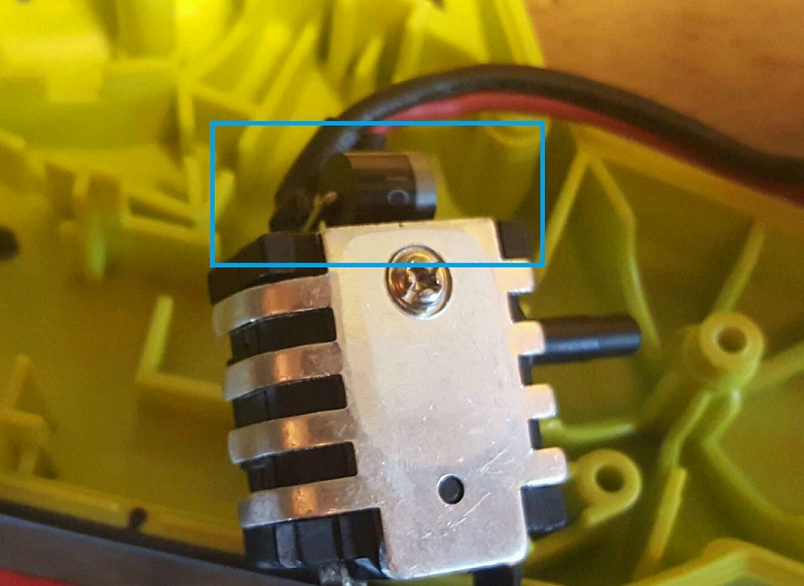 I had the same issue right now, trying to use a Ryobu BPL3640D (36V x 4Ah) for a hackish project. The output of the battery appears to be extremely high impedance, it floats around the actual battery voltage of 40V (pretty full) but already starts dropping when measured with a high-impedance meter.

My circuit wouldn't draw any current when powered with less than ~22V so the voltage was just floating around that point for me without actually making the circuit work. However, connecting a 100kOhm resistor in parallel to the battery made it work for me, with the battery now putting out the full voltage. So maybe the output needs to be pulled below a certain threshold voltage to tell the battery something is connected before the battery's circuitry "starts up" and permits actual current to flow. This is just guesswork though.

The Thermistor (T1/T2) lug prevents the charger from charging the battery if it's too hot by interrupting the charge circuitry.

The charger light goes red and it will refuse to charge until the battery has cooled down to a safe temperature .

This is why there is only a charger connection and not a tool connection for the thermistor - it's a protection circuit not applicable to the tool.

Not the answer you're looking for? Browse other questions tagged voltage batteries dc lithium-ion or ask your own question.