However, the accepted answer doesn't quite work for me. Here's what happens:

Here's something else I tried

How can I move a part or an SMD pad to be centered at an absolute position?

The move command does move the part to absolute coordinates, but it also takes into account the position relative to where you clicked to select the part.

So, if you click the center of your part and move it using the second procedure you describe, it moves it to absolute coordinates. However, if you click outside of the part center, it will subtract the relative position of your mouse when you clicked the part you want to move (i.e. by grouping or just clicking close to it, not precisely at the center).

However, I have discovered that this cumbersome procedure "solves" the issue (and does not work with groups):

(centers the part to your mouse) 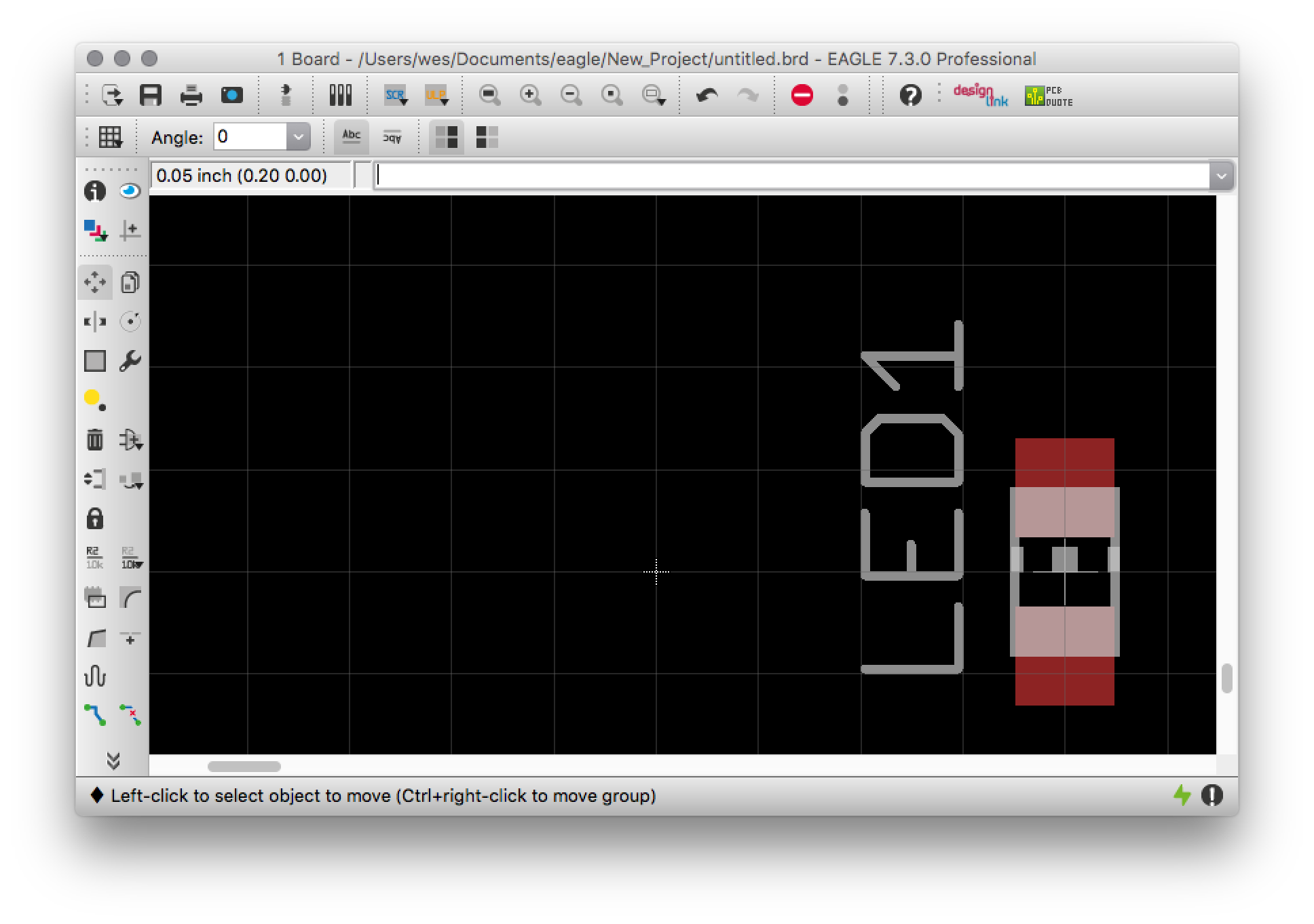 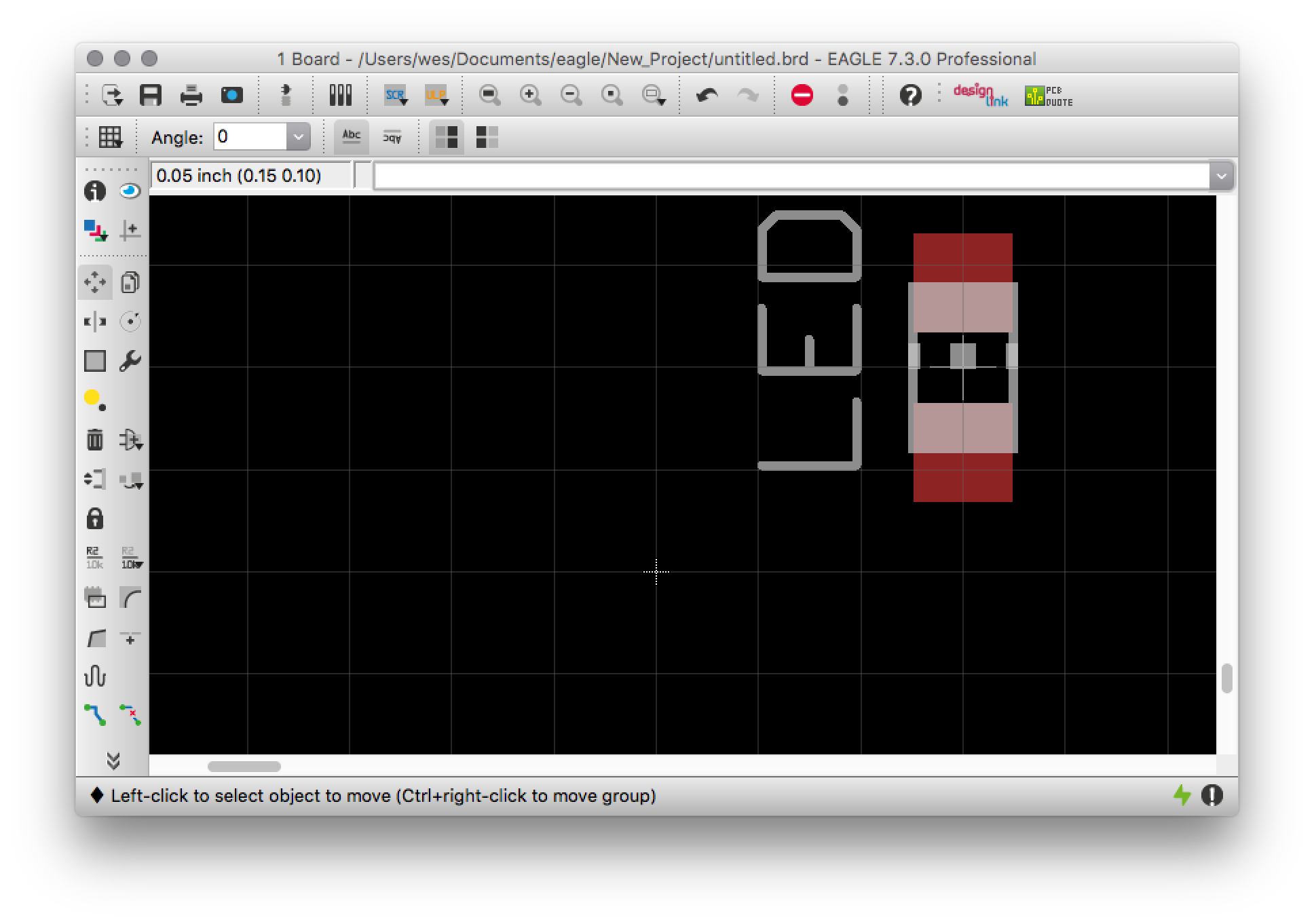 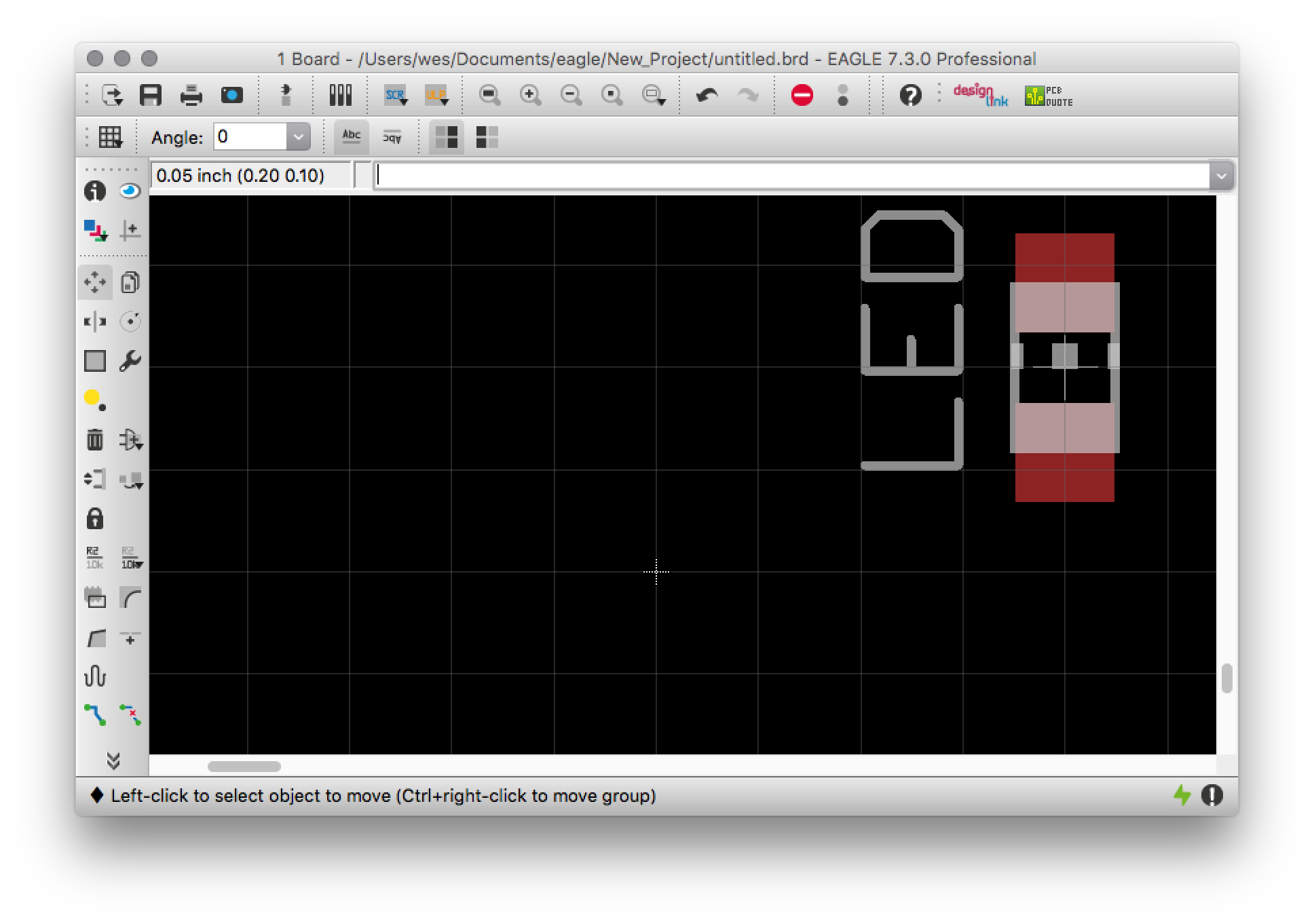 MOVE command on CLI is the same way: first arg is the location of mouse click, second arg is the destination click.

So let's look at your command strings:

This is invalid because the "mov (0,0)" starts a new move command without finishing the first.

This is the expected result for that sequence: it's the same as Move, Click part, then click at origin.

So what is the proper way? Let's say you have an SMD centered at (1,1) and you want to move it to (3,3) (yes I know this is easy with grid but I'm keeping the numbers simple). You can just do

First arg simulates a click at 1,1 which is the part origin and then you're moving it to desired location.

What if you don't know the proper origin? Use C before the first param, to simulate control-click, and then type a location near the part:

What about groups? This is a VERY HELPFUL trick. Often I end up with a bunch of SMD pads that are in the right places relative to one another but I want to move the entire line of them to a new location. In the GUI you'd do this with right-click. Use the same concept as "C" above, except use ">" to indicate right click.

What if I'm lazy about group centers? Neat thing about right-click is, since you can only have one group at a time, it'll automatically grab the group no matter where you click. So you can just fake the first click at the origin 0,0 and then enter a relative location, which will achieve the same effect: if I want to move it down 0.75 I can do

Took me a while to figure that out since it was buried in the "help move" text. There are very few things in EAGLE which I've found impossible to do by CLI, it's just not always obvious or well documented.

As of Eagle 9 you can R-click a pad and edit its absolute position from the Properties window.

20
How do I facilitate keeping multiple grounds, (i.e. AGND, DGND, etc...) separated in the layout when using Eagle?
14
Solder Mask and Cream in Eagle
2
Incorrect drill diameter for Molex 5569 Mini-Fit Header library in Cadsoft Eagle?
4
ALT key in Eagle (Linux)
4
Move silkscreen text from component on EAGLE CAD
1
Connecting latch to ram via 8 horizontal tracks within IC (auto-routed style)
6
Do packages have to be centered in eagle to export valid pick and place data?
1
Creating a slotted & plated through-hole in EAGLE: where to draw milling outline
0
Eagle UI: updating silkscreen of library component
0
What is a way to figure the pads from a datasheet where the part diagram leaves out dimensions?