What are these kinds of pins called?

What are these connectors at the edge of the chassis called? I thought they were pogo pins, but it seems like they're not uniform and are keyed? How well do these kinds of connectors stand up to repeated mating? 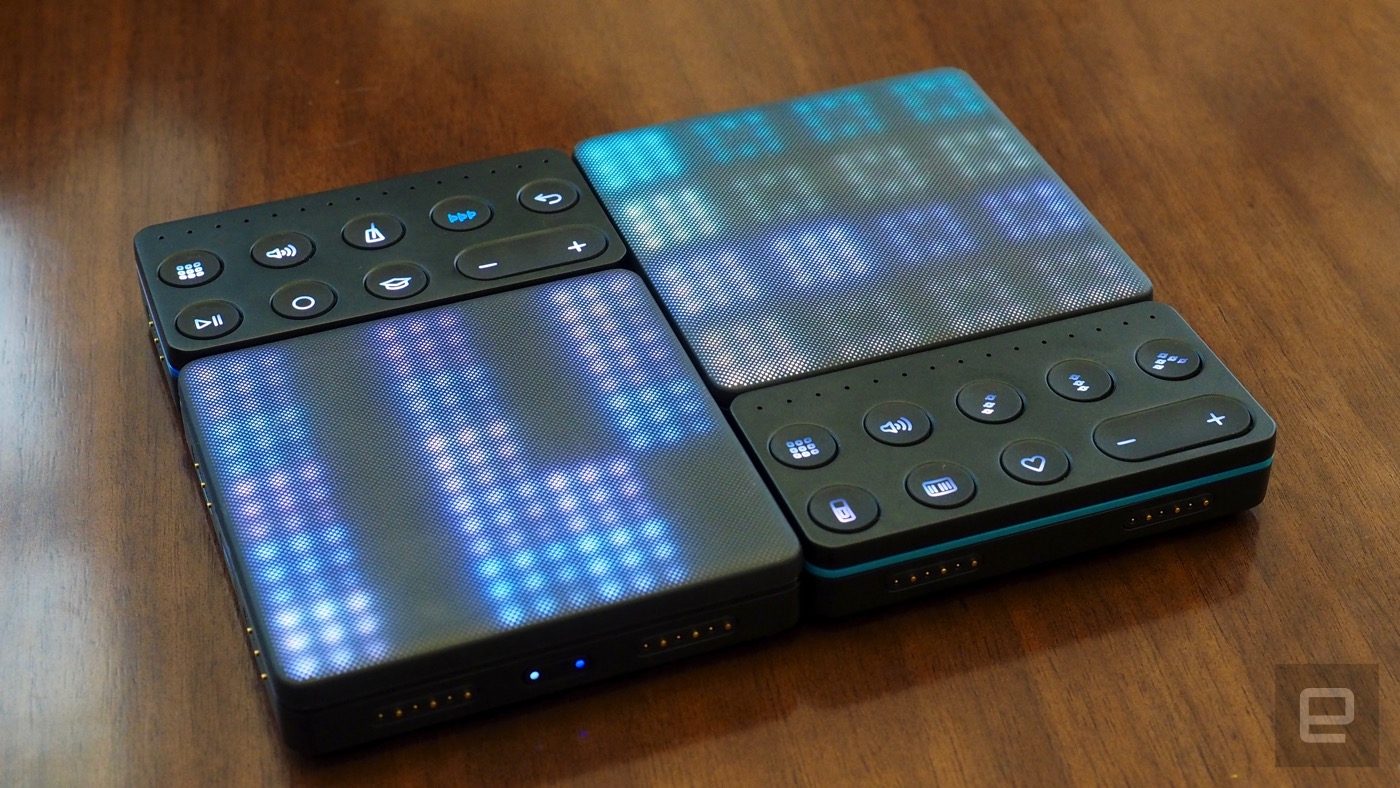 Impossible to tell by sight, but they could very well be "Magnetic Self Locating" connectors. As with many other things, used by and popularized by Apple, but not invented by them.

Just wild speculation, but it looks like there could be three "female" pins interleaved with three "male" pins which would make the connectors "hermaphroditic". It would be very revealing to see the mating connector.

EDIT: Upon closer inspection, it looks like there are four modules linked together via those connectors. So I believe I am correct that they are both magnetic and 6-pin interleaved hermaphroditic.

It is not clear whether those blue lights seen in the photo are an additional optical communication method, or some sort of human indicicator, or perhaps just decorative. In any case, very nice looking modules and industrial design. I like it a lot.

Looks like they are custom made using spring loaded pins such as the ones Mill Max makes (commonly referred to as pogo pins). Check out products from Cotelec too. I think they make something similar.

Not the answer you're looking for? Browse other questions tagged pins chassis or ask your own question.

95
Why are there 3 pins on some batteries?
5
What exactly are 'pins'?
5
Easier-to-machine alternative to pogo pins?
6
Loading firmware via JTAG without soldering on headers every time?
0
Extra 2 DB9 pins connection
13
Are these pin connectors a standard part? If so, what are they called?
0
Implementing a good connection for pogo pins in eagle
2
How to connect to tiny pogo pins in test fixture?
0
Nintendo 64 Controller Pins
3
What are these pins?