Analysis of a VDB circuit 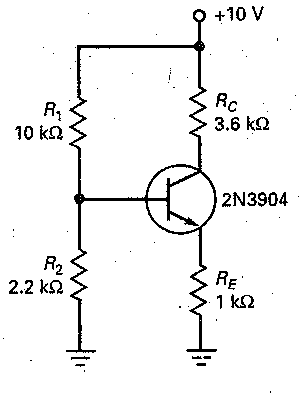 While going through the text, the author says that when \$R_1\$ is shorted \$V_B=10, V_E=9.17, V_C=9.2.\$
I understand that \$V_B\$ is \$10\$ but I am getting \$V_E\$ as \$9.3\$ and I have no idea how to get \$V_C.\$
Edit: Since there is a slight confusion in my question I'm including one more image with the introduction by author.
" Let us discuss troubleshooting voltage-divider bias because this biasing method is the most widely used. Fig 8.16 shows the VDB circuit. Table 8.1 lists the voltages for the circuit when it is simulated with MultiSlim. The voltmeter used to make the measurements has an input impedance of \$10M\Omega. \$" 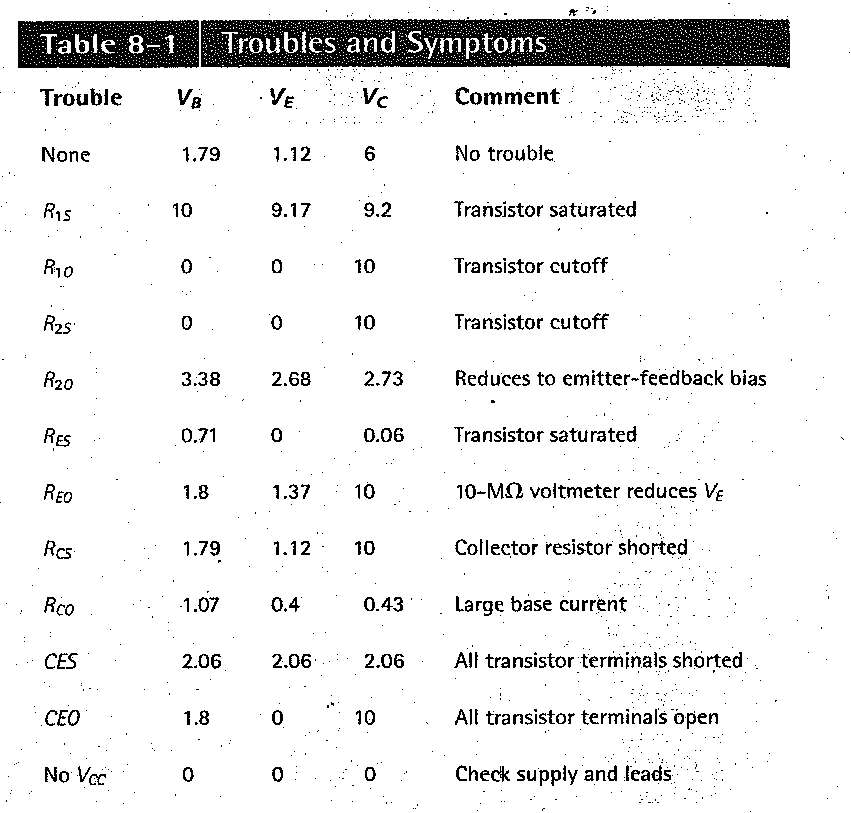 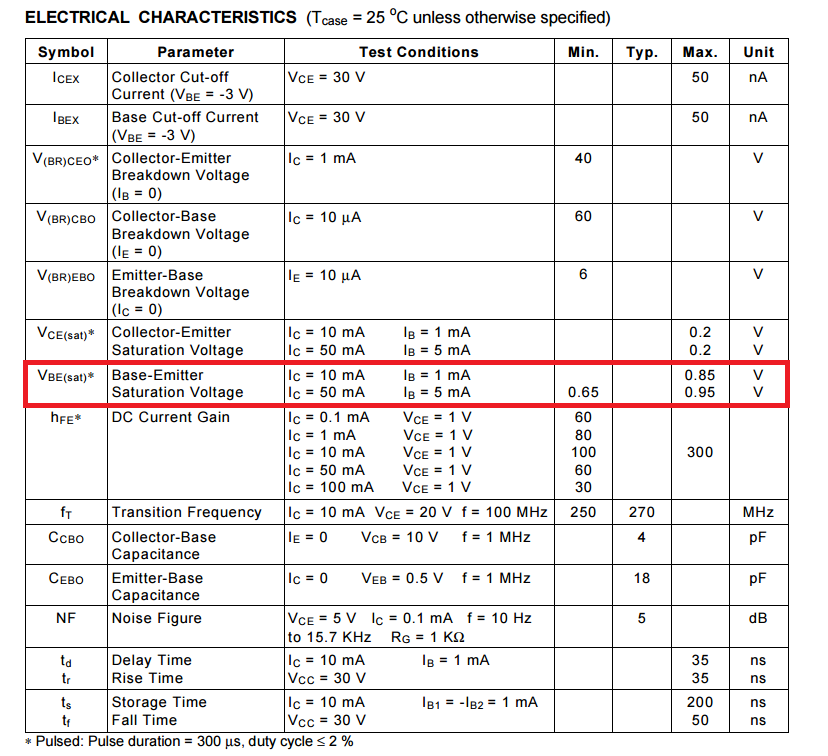 So, it's more complex/subtle than what you thought but who's really going to get in a pickle about 0.13 volts difference on a single transistor circuit?

On this occasion to work out what Vc is you have to realize the transistor is saturated and regard the collector-base region as potentially forward biased - in other words, the collector voltage cannot be lower than the base voltage by more than a volt and so 9.2 volts sounds reasonable.

This is a superb example of why it is almost always a very good idea to provide as much information as possible in a question. The original question was very narrow, asked how an unusual situation could have been calculated and gave no context.

Once the context is known it makes sense.
This is a troubleshhoting example form a 'textbook'.
The writer says:

The voltages shown are arrived at using a simulator - some are close to impossoble to calculate by normal means - including some in the example originally given, as they require iteration - which a simulator uses as of right, but which is not usually needed for 'hand calculation.

Here is how the results are caused in the fault situatuons described.
He uses 'shorthand' terms to describe faults. eg

Which explains the most unusual sotuation originlly described.
Most of the others are much simpler.

R2s: Same effect as R1o above - base is again at ground with same result.

Rcs: A1 is an emitter follower with c at V+. Vb set by divier and Re sets Ie.

RCO: Mainly be diode action as in 1st case above. Here Vb is set by divider so is < 10V so Ie is liower than in 1st example.

CES: Example is wromg. The say CEs means all terminals short but it should mean CE short only. Resut similar but not idential. Either way the resistor dividers are the main factor.

CEo: Transistor absent. C at V+. e at gnd. B at divider potential, 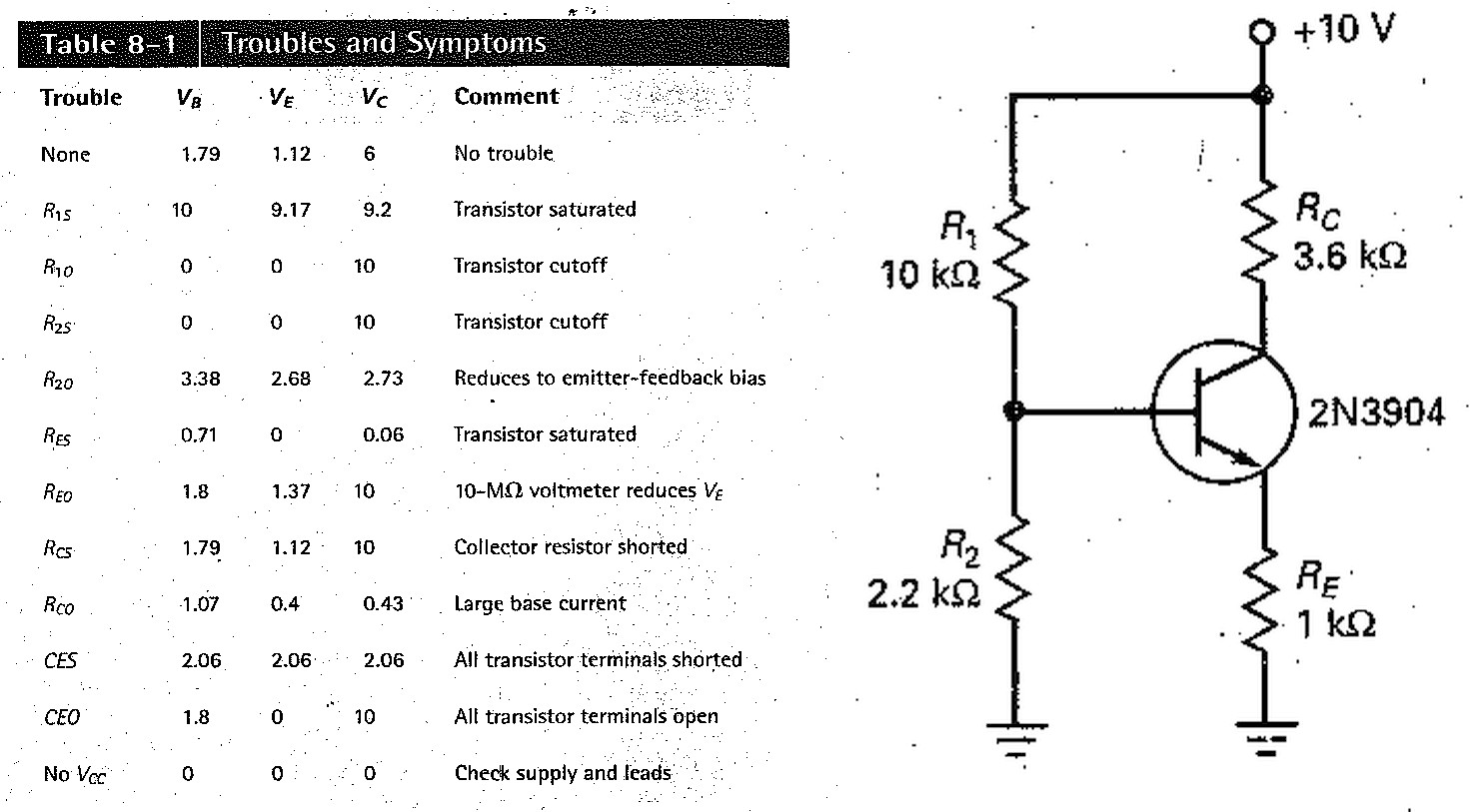 I think they are wrong.
I'll 'wander around the subject' and see what comes out.
Wanders .... Concludes: He seems to be dealing in pedantic stupidity and this seems to be an exceptionally poor and low value example unless a very strong point is being made.
Where did you get this example.

He's decided that Vbe is 0.83V. That's higher than the traditional value used. It's temperature dependent and depends om the basic transistor model and assumptions. 0.6V to 0.7V is more typically assumed.
Reason - see below:

He MAY be allowing base current to be added to Ie So the Vbe junction is acting as a diode. Most of the 9.17 mA in Re comes from the be diode. In the 2n3904 datasheet on page 2 we see Vbe sat at Ib = 5 mA and Ic = 50 mA is 0.95 V max.
The line above that gives 0.85V max.
NEITHER line is a good match to these conditions but Vbe of around 0.95V looks close enough. His 0.83V looks a bit low but he may have used another datasheet - this sort of spec is not usually of vast importance or interest.

He may have dug into the data sheet to get the very low Vcesat value used - but it will be about as meaningless as most of the rest of what he has done.

Not the answer you're looking for? Browse other questions tagged transistors voltage-divider or ask your own question.