I am trying to control the speed of a 15W DC-motor with operating voltage of 12V using an IRF640 n-channel MOSFET as shown in the picture below but without the pull-down resistor RMS = 10kOhm. Instead of it, I always set the Arduino PWM digital pin to value 0, thus when the motor should turn off the MOSFET gets 0V at its gate. 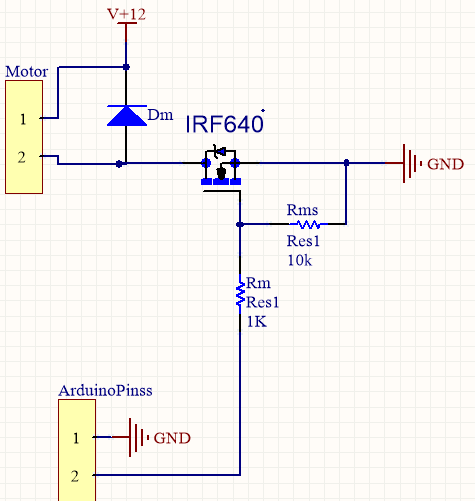 The problem I face is that even with the maximum value of PWM (255) I don't get the motor to rotate as fast as it does when it's plugged directly into 12V. I get that there is a voltage drop in the MOSFET, but the speed should not drop as much as half of its normally is.

Can the absence of the pull-down resistor Rms 10kOhm case this effect?

Arduino pins work with voltages 0V - 5V and maximum current that can pass trough them is 20 mA.

EDIT: Arduino Uno's PWM signal frequency is 490 Hz on each pin except for two pins where the frequency of PWM signal is 980 Hz. Source 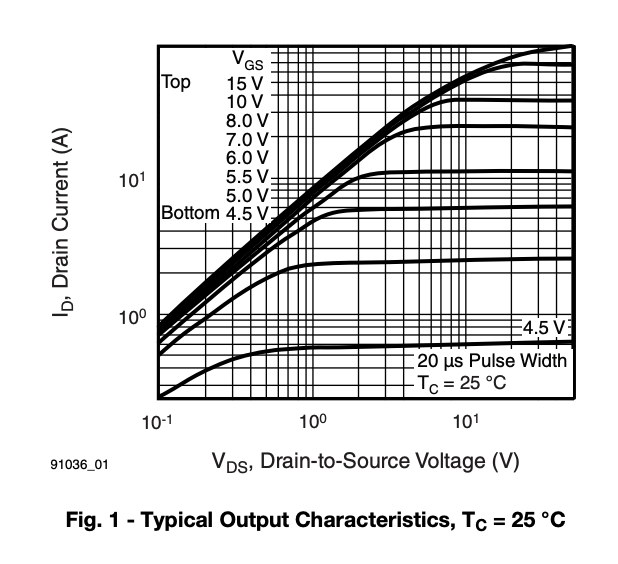 The R1 should be some high value about 1k5. 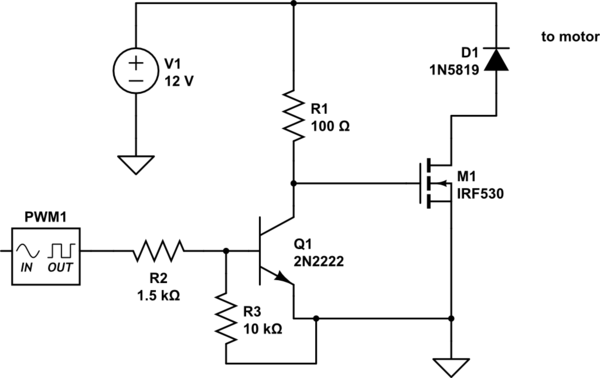 Use a transistor as driver from gate to ground, and a resistor from gate to 12V. You have to configure the PWM to active low. Alternatively you can use another transistor to invert the pwm polarity.

Your problem comes from insufficient gate drive. Try a logic gate MOSFET like IRL640. Its minimum gate-to-source voltage is about 2 Volts which is quite suitable to drive from a MCU.

Another solution would be a P-Ch MOSFET with an NPN inverter: 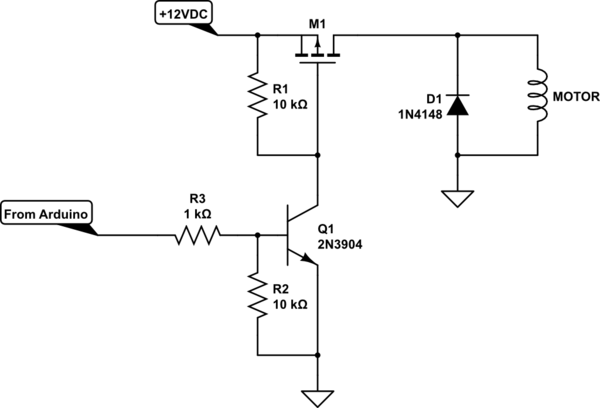 You ought to consider using a different MOSFET to the IRF640 because it isn't really going to turn on that well with your limited gate drive circuit: - 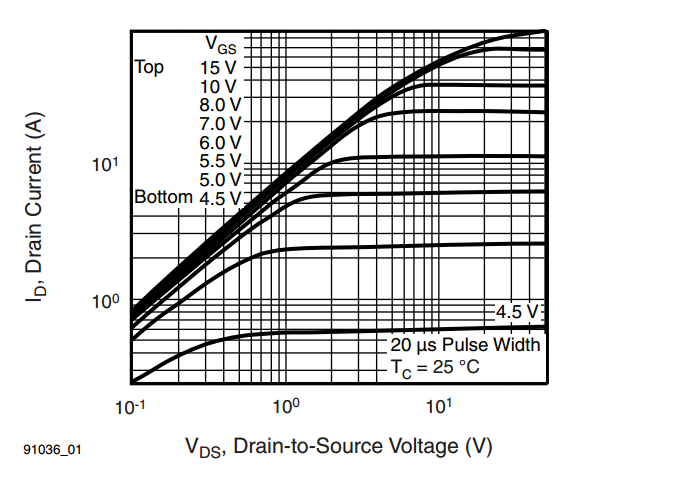 Your gate drive is about 4.5 volts and, as you should be able to see if you tried to extract about 0.5 amps through it the volt drop could be anywhere between 1 volts and 10 volts (or more).

Look at the lowest graph - the one marked "4.5 V" then regard the curve. If you got rid of the 1 kohm resistor your gate drive would be more like 5V but you are on the edge of something working correctly and not. A 15 watt, 12 volt motor requires a normal running current of 1.25 amps but at start up this may be 5 times bigger and the lack of drive voltage to the gate of the MOSFET may still cause you problems. 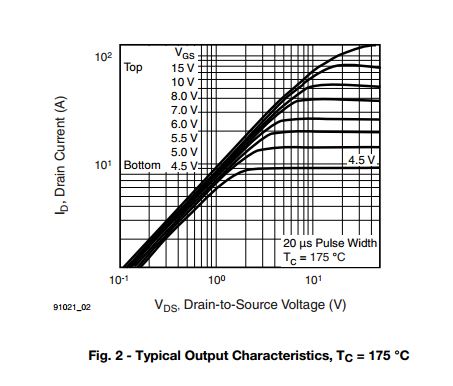 Refer the image for characteristics

Not the answer you're looking for? Browse other questions tagged arduino mosfet dc-motor or ask your own question.

6
Why do I keep burning my mosfet?
2
Control of a coreless DC motor using a PWM and a mosfet
0
N-MOSFET switching an H-bridge: problems with PWM
0
Ic driver for a N-channel MOSFET
3
MOSFET's drain and source short out in high side driver circuit
6
Should I use a resistor between the gate driver and MOSFET (gate pin)?
0
P-channel MOSFET stays on when the gate driver is unpowered
2
Arduino PWM LED lights dimmer using MOSFET - Rise time problem