why there is -ve sign in the phase shift of RL low pass filter? 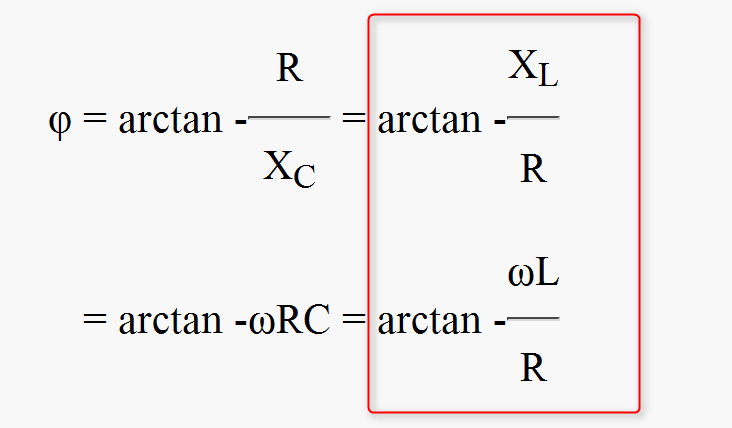 why we put negative sign in the phase shift can someone explain this to me ? any tutorial or lecture ? looking forward 4 your suggestion

For an inductor, the basic relationship between voltage and current is: -

Or, put another way, the rate of change of current (with respect to time) determines how big the voltage will be.

We can mathematically integrate both sides and we see that the time-integral of the applied voltage is proportional to current. So, if the input voltage is a sinewave, it's time integral is a negative cosine wave: -

For the low pass filter, as frequency rises, the inductive reactance becomes more dominant (despite the presence of the resistor) and the output magnitude begins to noticeably fall as the frequency gets close to and advances past the -3 dB point: -

The (parallel with the output, to ground) capacitor responds to the integral of the input current, so the result will be a lag, which is represented as a negative number for the phase (the output lags the input). The lag is small for a very low frequency and is close to 90° for a very high frequency where there almost no output voltage.

If you use the voltage divider equation to find the output you can find your output magnitude and phase with a tiny bit of complex algebra.

Vo/Vin = Xc/(Xc+R). Find the real and imaginary parts and do a rectangular to polar conversion to find the magnitude and phase angle. Don't forget to multiply the denominator by the complex conjugate to make it real so you can separate the two parts.

Simple answer: The transfer function of an L-R lowpass is

Because the numerator N is constant we have Phi(N)=0

Not the answer you're looking for? Browse other questions tagged filter or ask your own question.

2
Is a low load resistor a big problem in low pass filter and amplifier circuit
4
Why does a sallen-key low pass filter not work with virtual ground?
1
RC Low pass EMI filter for IN-Amp, component specification
1
Bode plot: meaning of phase shift
0
JFET Creating DC Offset In All-Pass Filter Output?
0
Phase Shift in Audio Amplifier
0
How exactly are the phase shift and cutoff frequency defined for a filter + amplifier circuit?
0
Is there an analog circuit or filter that can produce constant phase shift over a specific bandwidth?
0
Bode Phase Plot of RC High-Pass Filter