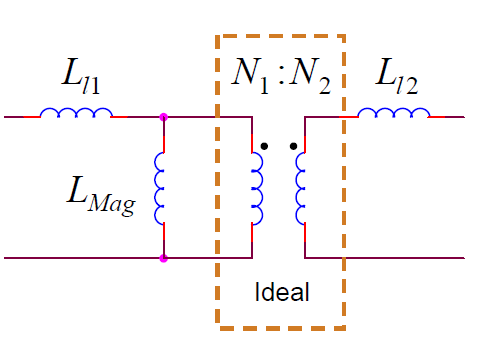 Can this example get the same result to the model below?

You model a coupled inductor in Spice and other simulators by using a component called "k". "k" needs to be setup (quite simply) by stating which inductors it applies to and, it also needs a coupling factor i.e. by how much the magnetic field of one inductor couples to the other inductor. A negative value for k is the same as the output inductor being wound the opposite way i.e. it produces an inverted output waveform. 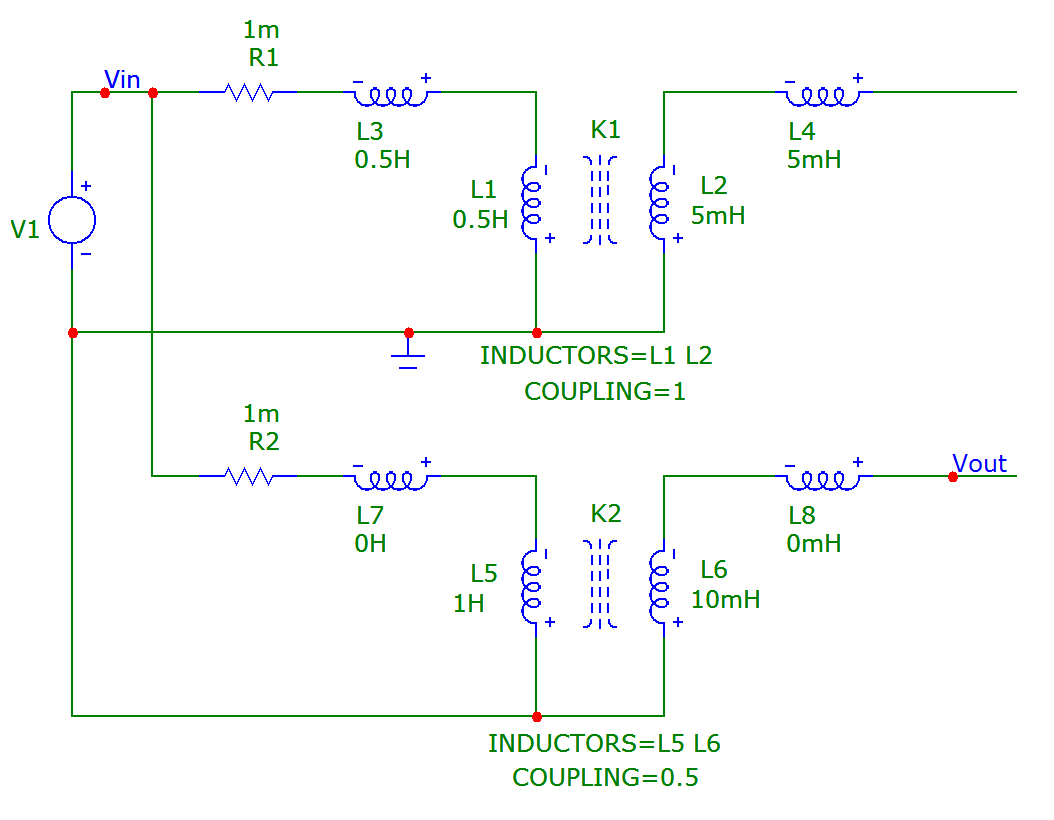 This is how I set up coupled inductors but there's no reason why you can't split an inductor into its leakage element and its coupled part. But why bother when k does that for you and it looks neater as a schematic symbol.

Not the answer you're looking for? Browse other questions tagged inductor spice or ask your own question.

0
Design steps for a choke inductor
3
SPICE model for one terminal spherical capacitor
0
Transformer model in Power Systems VS Coupled Inductors model
2
Ferrite core inductor for antenna
8
Can I use a common mode choke as a coupled inductor in a SEPIC converter
0
How to determine equivalent circuit of inductor
0
doubts about a coupled inductor
2
Tapped vs. Coupled Inductor
0
Spice model search with advanced sorting functionality
1
How do I model a resistor array in SPICE?