A story behind a weird inductor 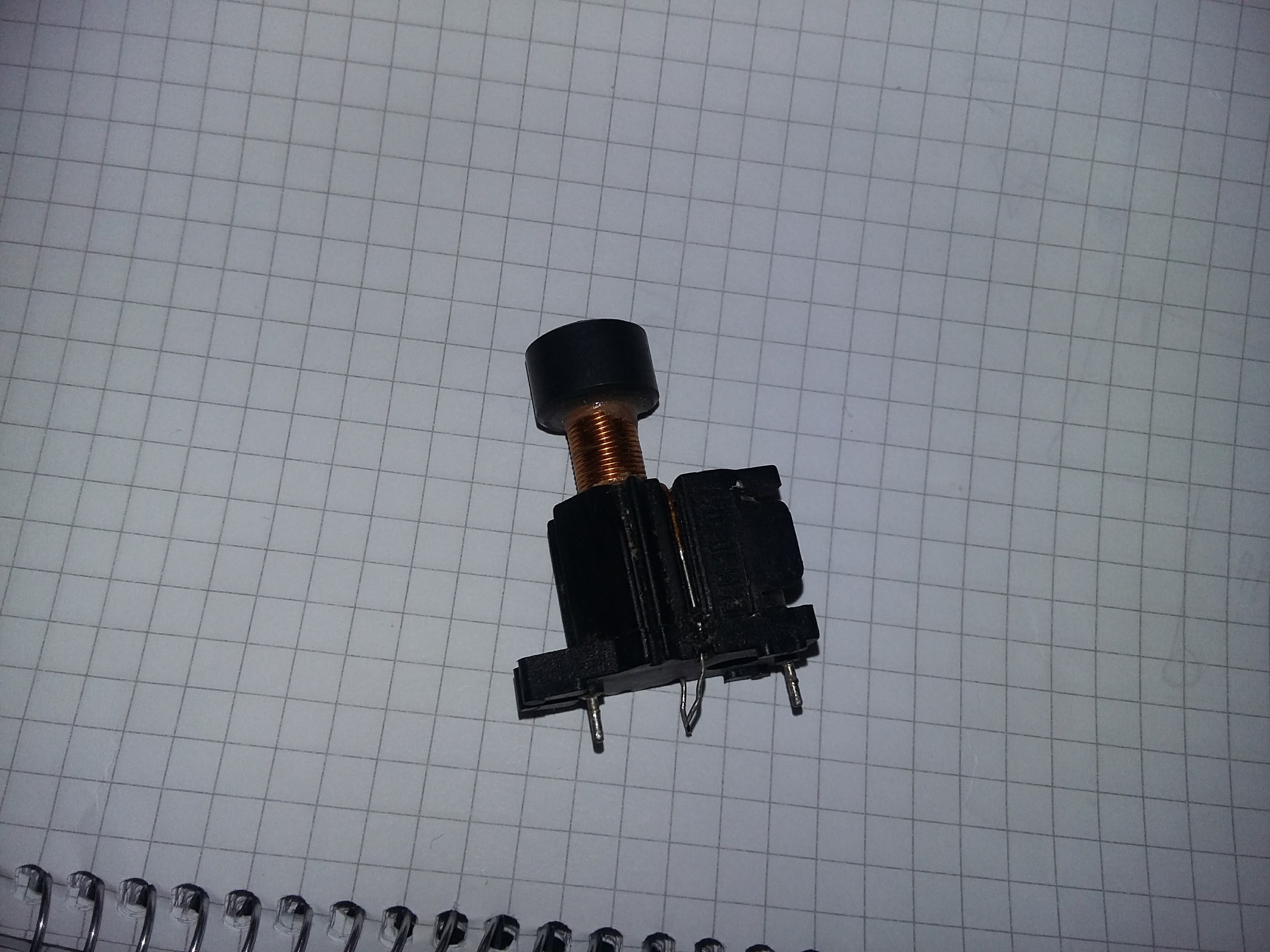 This old, crusty inductor found in an old Iskra (Yugoslavia) TV intrigued me, and I was hoping that someone could tell me what's the story behind it's design.

I don't know if the pictures are descriptive enough, but inductor's "head" is magnetic, and the plastic casing is "hugging" another ferrite cylinder with small square hole in the middle.

It's unlike any inductor I scavenged this far, and while I do understand how inductors work, I can't figure out a useful purpose of this arrangement.

A line deflection system consisted of two resonant circuits where the frequency was changed by means of a tube acting as a switch. These two circuits generated each half a cosine and switched over at the top. So one half of the cosine was a low frequency (the visible part on the screen) and the other half cosine the high frequency part (the invisible flyback part). What is needed for the visual part should be linear. This is not realy the situation with a cosine. Only a very small part of the cosine can be considered linear. To make the cosine more linear a magnetized adjustable inductor was placed in the circuit thereby improving the image on the screen.

I think I found a similar inductor years ago.

If I remember correctly (you could check it easily), the round cylinder is a magnet, and can be rotated with a screw or a similar tool. My hypothesis was that it could change the DC component of the magnetic field in the main ferrite beam, and either change the self inductance or the limit of admissible current before saturation.

But I cannot answer what it is for.

As others have said it is a biased inductor used in the non linear region of the ferrites B/H curve.

http://www.repairfaq.org/sam/deflfaq.htm#dshlc has a description, basically as the current in the deflection yoke rises the inductance of this part falls as it is driven further into saturation helping to reduce the effect on scan linearity of the copper losses in the yoke.

Resonant circuits (sometimes called 'tanks') are a combination of capacitors and inductors. The resonant frequency can be tuned by either varying the capacitance or the inductance. Big capacitors are expensive and prone to failure, so for high power applications, a large inductor is paired with two capacitors, usually in a "pi" configuration.

See https://en.wikipedia.org/wiki/LC_circuit for a broader interpretation, But the essential fact is that CRT magnetic deflection takes high voltage and the large inductor handles the higher power better than a capacitor solution. Because high voltage ages capacitors, but inductors hardly ever change (unless the ferrite slug gets adjusted).

After tuning, slugs are routinely fastened with Loctite or hard wax.