If I have an obtuse trace, will the complementary acute angle cause issues?

I was wondering if the complement of an obtuse trace would cause issues when routing, would it be better to have a 90 degree trace or one that comes in like this? 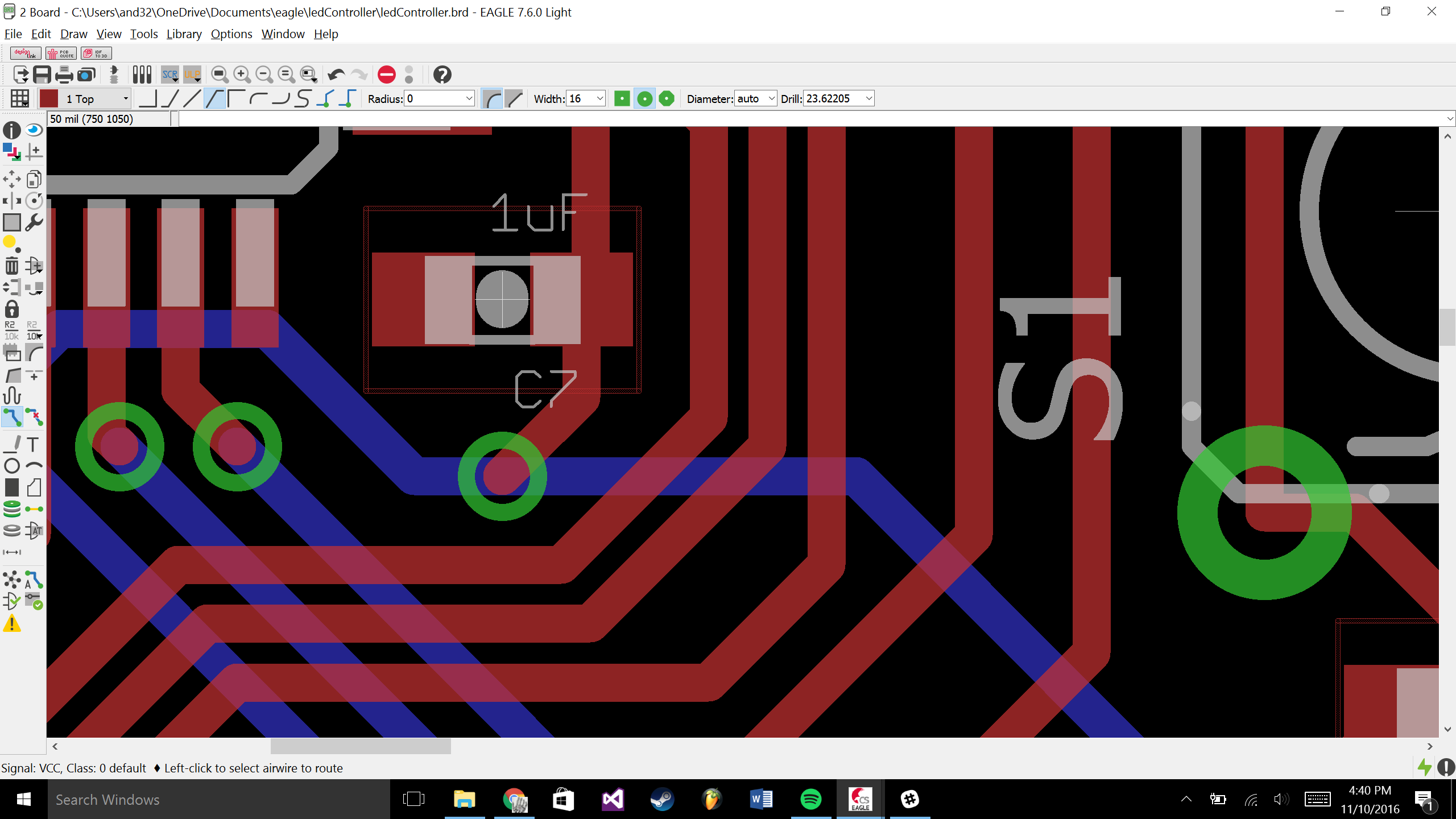 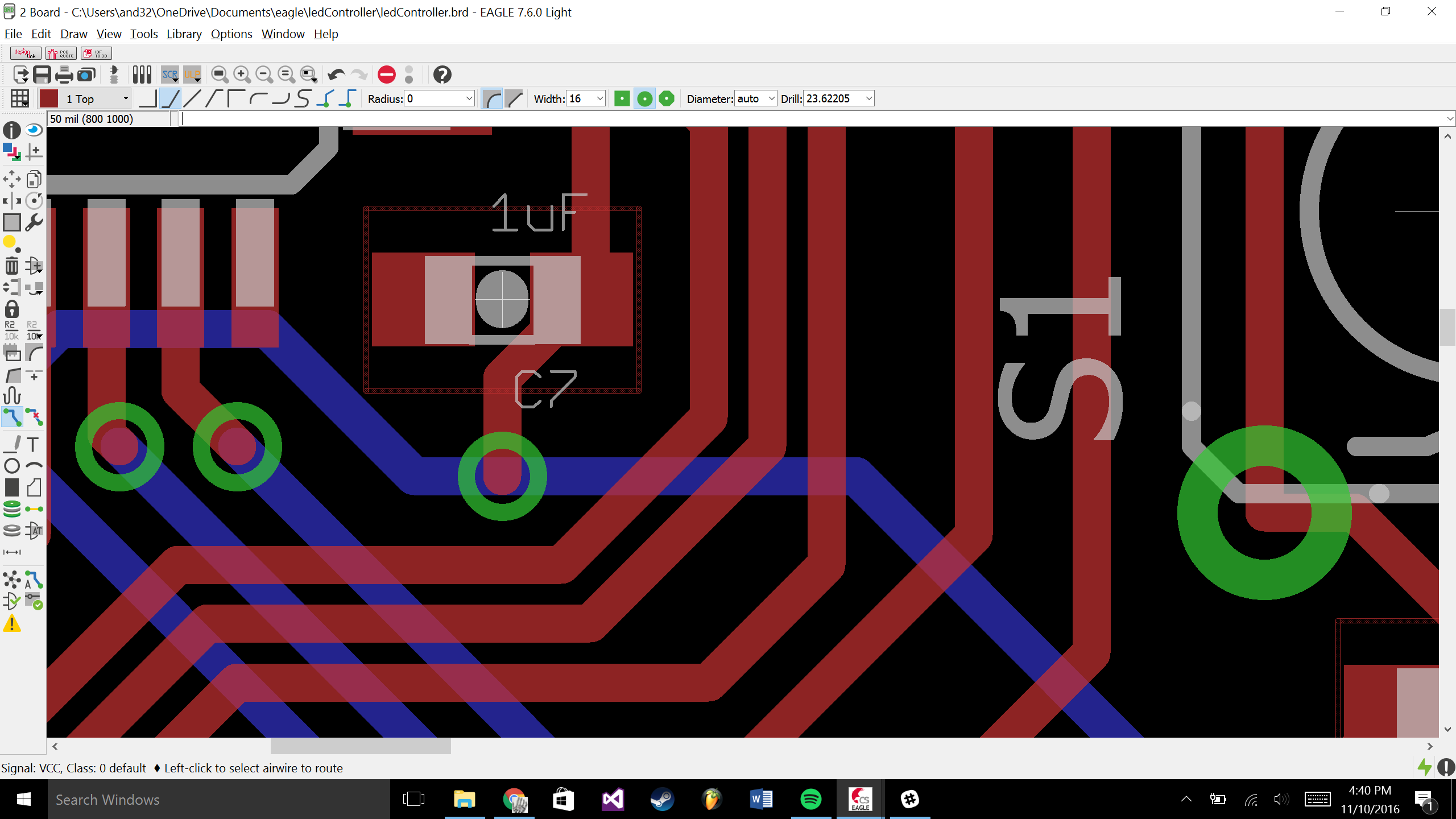 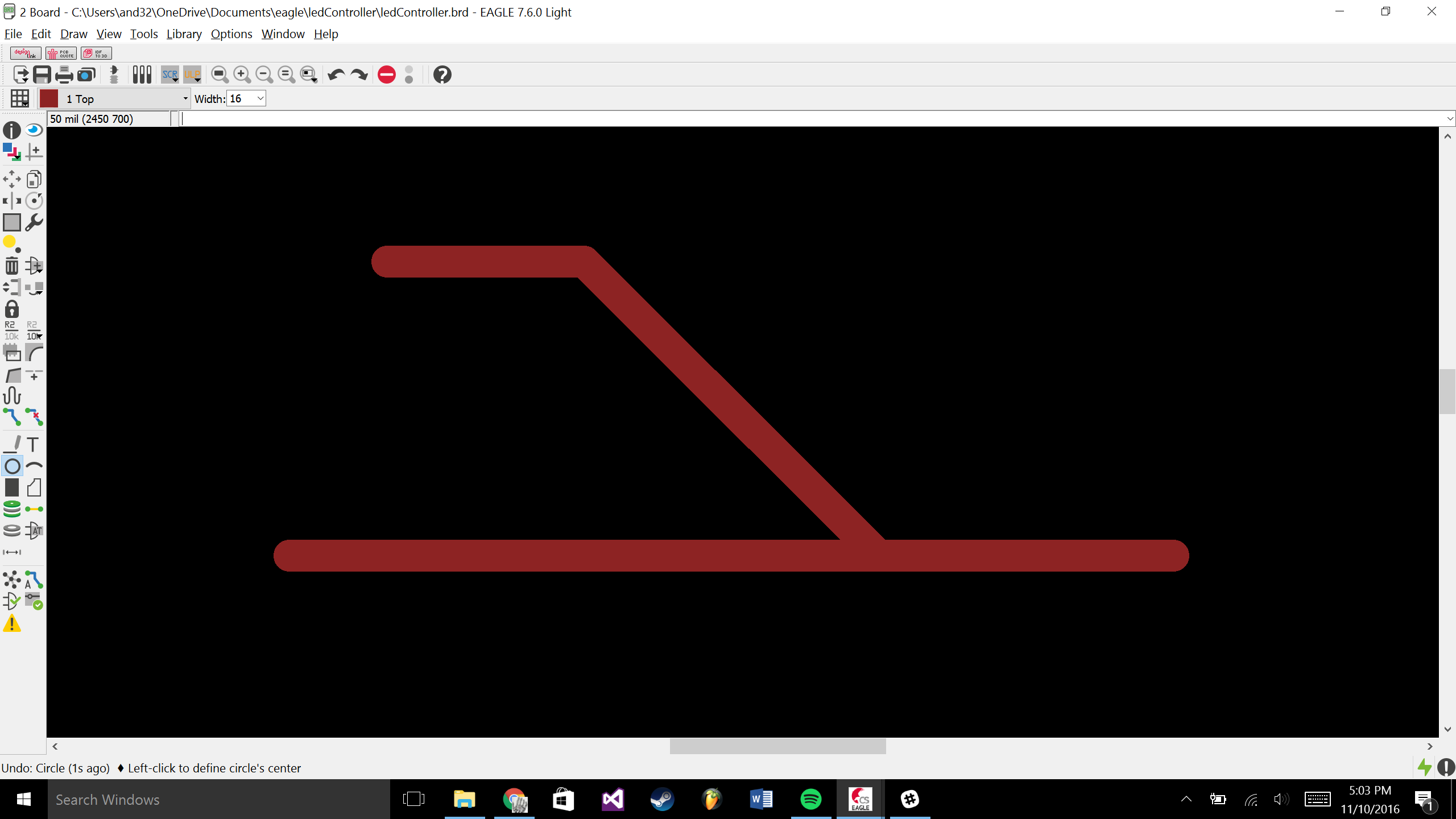 It's not going to matter much which one of the choices you use.

Generally it's good to avoid corners less than 90°. Note you don't seem to have a problem with the small 90° corners at left where a thinner trace leaves a fatter pad. Down to 90° is going to happen. Don't worry about it.

There are two issues here, acid traps and inductance. In some bad PCB processes, chemicals can get trapped inside sharp corners of the copper. This isn't going to be a problem if you use a competent board house.

A conducting path going around a corner has more conductance due to it acting like a coil. You can think of a 90° bend as a ¼ winding. Unless you have high frequency signals, this too is a minor issue. However, it's usually no big deal to use two 45° bends instead of one 90° bend, as you do in the red traces in the bottom of your pictures.

Remember that when hand-routing, you're not stuck with multiples of 45°. What I'd do for the case you show is to have the trace go straight from the via to the left-bottom corner of the pad. There is no reason for a bend part way like you show.

It may also be that in your bottom layout that the trace is too close to the left pad. Did you run a DRC check? It seems odd that all your traces are fatter than the minimum distance between traces. You expect power traces to be fatter, but signal traces are usually the minimum.

Here is a example of what I'm talking about: 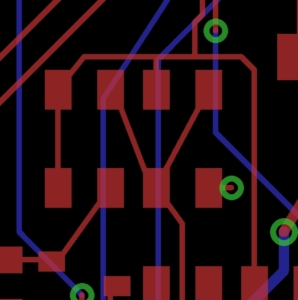 This resulted from a combination of hand-routing and auto-routing. Note the various traces leaving pads at corners. This guarantees greater than 90° angle. There is also two 90° Ts at the top, and other places where traces leave the edges of pads. That's OK, but try to avoid less than 90° angles.

Not the answer you're looking for? Browse other questions tagged pcb pcb-design wiring theory trace or ask your own question.

74
Why is there such a strong preference for 45 degree angles in PCB routing?

44
Why does an antenna trace have this shape?
2
Will crosstalk be induced if signal running in parrallel to power trace?
14
what is the current limit through a trace?
3
Is it bad to run traces directly over each other on separate layers?
8
thickest pcb track before hitting ridiculousness in digital circuits
4
Routing thick high current traces to small SMD pads?
3
RF splitter resistor placement and 0 ohm resistor RF test port question
0
Autodesk EAGLE Routing of STM32WLE with tiny UFBGA73 package