I am simulating a unregulated push pull converter in LTspice (voltage isolator). There is the effect of growing winding currents during the simulation. Is this a flux walk (seen in the first image) ? 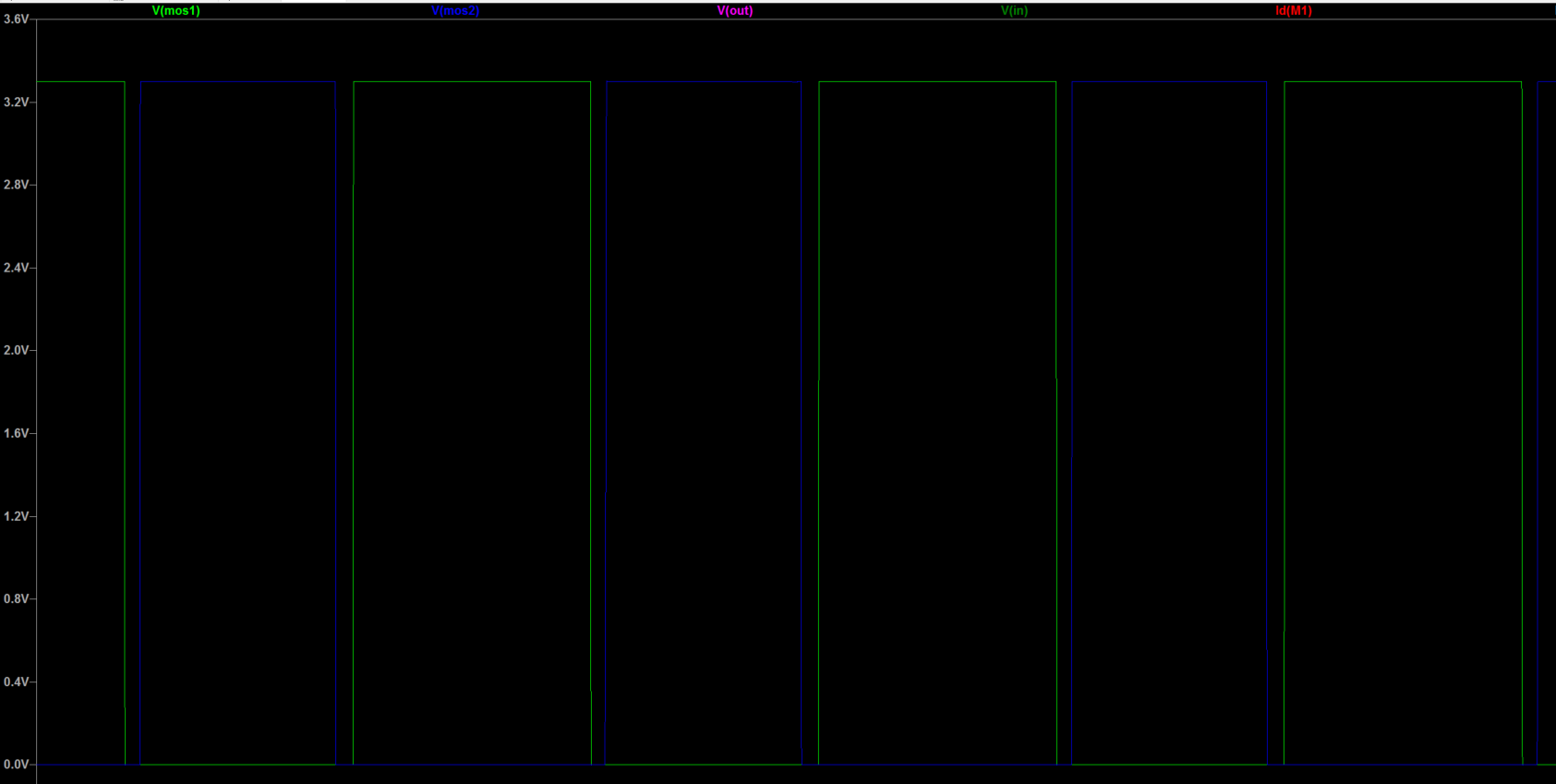 And this circuit. (The low input/output capacitances are intentional). Is there a significant error somewhere i am missing, what can i do to fix this ? Explanation of the source of this would be helpful 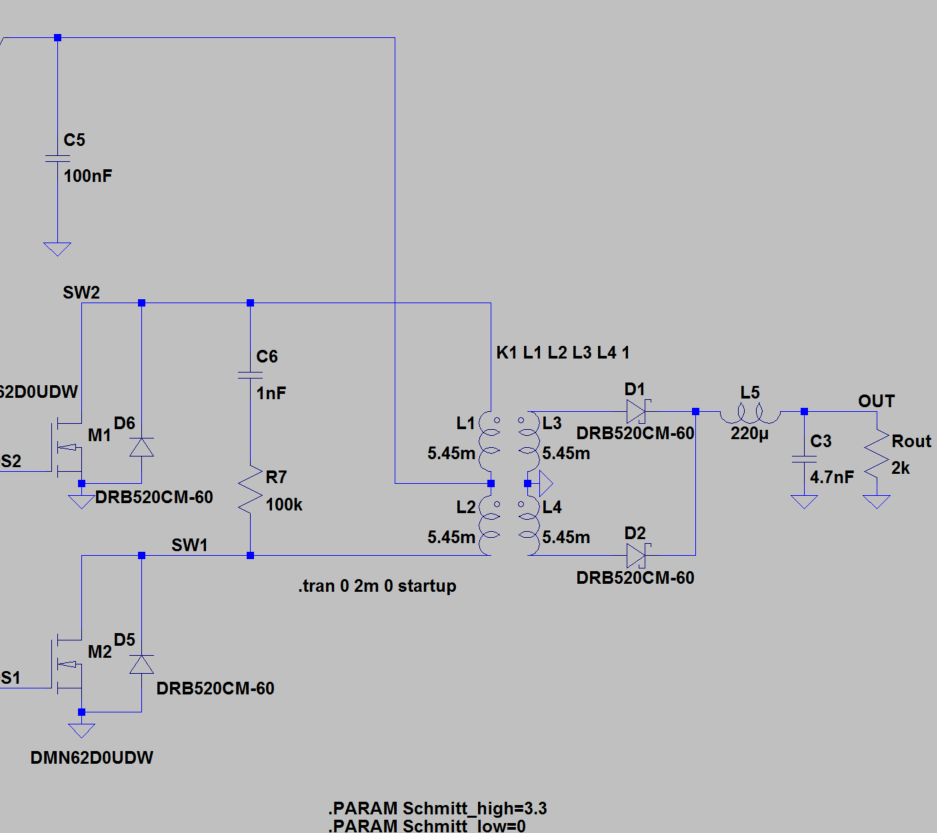 If anyone reads this focusses on the 2nd picture you'll hopefully see what I mean. I've had to invert the colours and make yellow red to make it viewable more legibly: - 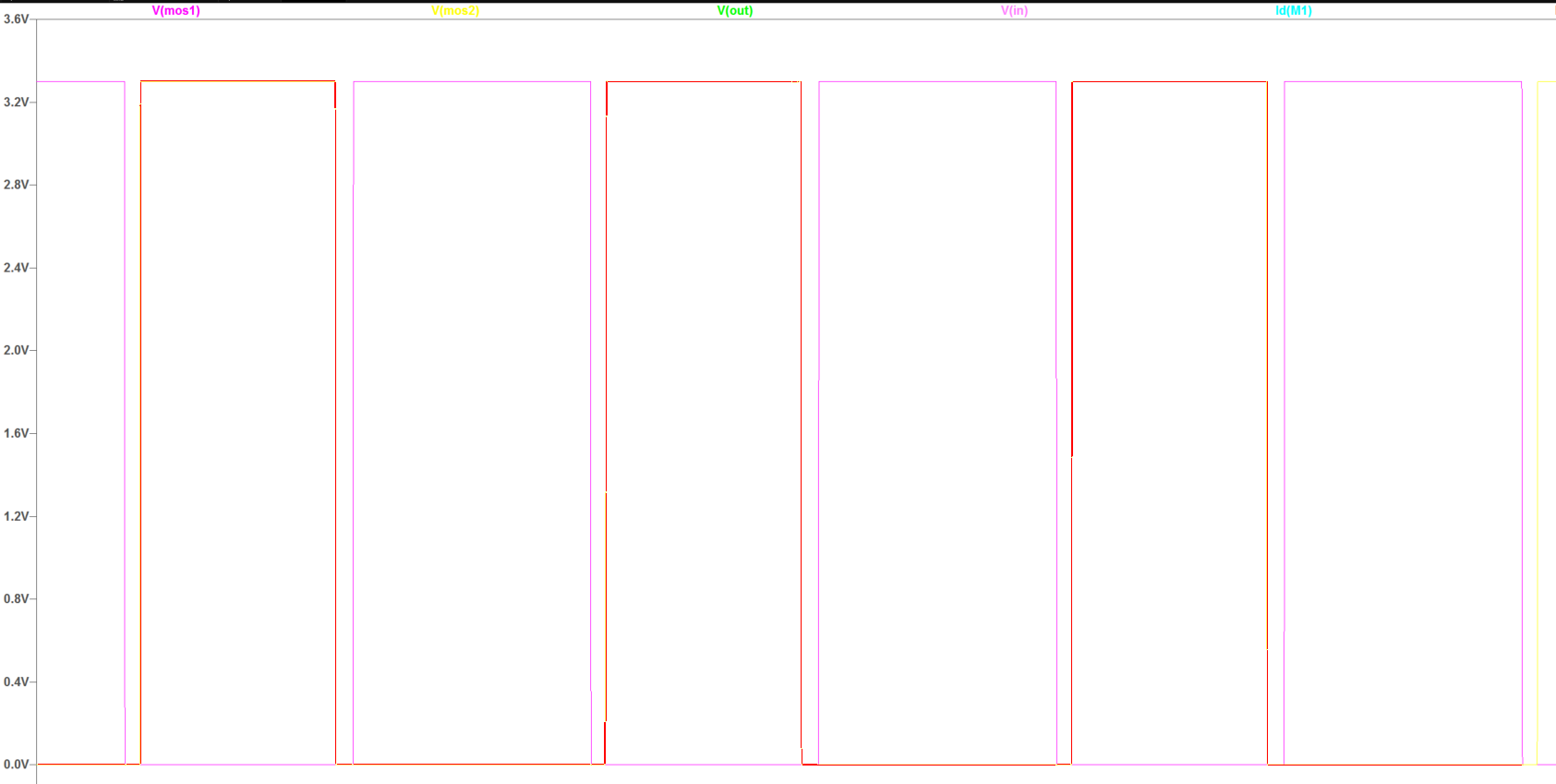 If you are driving a centre-tapped transformer like this you have to keep the average on-time for both transistors the same. Now this sounds like a "ban" on PWM control but it isn't; one way you can PWM the transformer is just reduce the on time for both transistor whilst keeping as short a gap between the two pulses as possible. So you charge current in one direction proportional to on-time, then discharge current (via the other transistor) for an equal length of time, then hold-off for some period until ready to start the re-charge process. This keeps the magnetization current from walking the core into saturation.

My solution was to check the "Start external voltages at zero" checkbox. I just have a simple push-pull circuit simulated, and the gate waveforms were perfectly symmetrical... to the nanosecond. Damn thing pulled 6kA at the very first pulse rolls eyes. Indeed, it's flux walking, leading to core saturation. In real life, there are circuits to keep the net DC current through each winding the same. Yes, it's a little tricky. Yes, it's necessary...

Not the answer you're looking for? Browse other questions tagged dc-dc-converter push-pull magnetic-flux or ask your own question.