I'm starting out with resistors and would really use some good guidance here. I've researched a lot but still the knowledge is quite dark in my mind and there's things I don't finish understanding.

For instance, I'm working on a project now which consist in converting a set of lights so that they'll work with a USB connector instead of a battery.

The set works with a single AA battery. So the input voltage is 1.5vdc. I've measured the resistance of the lights and the circuit and, unless I measured very wrongly, its resistance is of 178 kohms.

So using a Voltage Divider Calculator I get that if I need to input 5v and the 1.5v and the 178 kohms resistance and I get 76 kohms.

Now, I'm sure I'm doing something wrong. My idea is to get a resistor to bring down the USB 5v to the 1.5v the circuit needs and, when researching, I was pointed toward the Voltage Divider formula as the way to do this but I'm confused as to how it works.

I was playing around with another set of lights that use 3 x AA batteries and found it only had a 200 ohm resistor that connected the positive side to the light series. However, I wasn't able to measure the resistance of the light series itself. Still, both sets I'm talking about have just 10 white leds, so I'm imagining their load to be about the same.

This second set I'm also planning on converting to 5vdc but first I need to understand how to go about doing it; that is, how I can calculate what I would need in order to get a circuit that takes 1.5vdc and another that takes 4.5vdc and make each work with 5vdc. If anyone could point me out in the right direction and/or clarify certain concepts that I fear I've got wrong, I would appreciate it greatly!

Thanks for all your responses! And I really an VERY sorry that my question (and in fact all my knowledge on electronics) is very much all over the place! I am, as I said, starting out; I'm a very excited amateur that wants very much to learn but hasn't learned anything formally. So please bear with me!

After a couple of the comments, I went back and (yes, I forgot to say there was a circuit on one of the streams of lights) found a capacitor in the circuit, which I'm assuming is used in order to allow the stream to be powered by the single AA battery (1.5 v).

Now, the second stream only has a resistor after the 3 x AAs. As the number of LEDs there was the same as in the first stream and they were both warm white, I went under the assumption that both worked with about 3.5 vdc and a current that a AA can provide. So I tested the stream and found that, yes, it works with 3.5 vdc. So my target voltage is that. And I believe the current out of a 5v USB output will be OK if the original power source was a (or 3) AA battery(ies).

I may be wrong, though, and would very much like your help. But I've since read a couple of things (here and elsewhere) that may be of use to me. What is seemingly the easiest solution, although I don't know if it'll work:

trying to power with 3.5V and how much current you need. If all you want is just to get replacement for pair of AA batteries, just put two 1N4001 diodes in series.

Will that work, do you think?

The question rambles too much for a single clear answer, but look up something called a voltage regulator or linear regulator. These take a high and possibly varying voltage in, and produce a lower and steady voltage out.

In this case, you're starting with a reasonably steady 5 V from USB. It can vary, but so can a "1.5 V" battery. A simple voltage divider driving a emitter follower would probably work well enough as a crude voltage regulator.

Here is what I'm talking about:

The string you have must have a boost converter to operate white LEDs from a single cell. As such the resistance you measured won't be representative of anything because it will be very nonlinear. You might want to take a fresh battery and connect your multimeter in series to measure the current draw (be sure to change it back to volts after you are done). I'll assume here that the current is well under 100mA (if it's more you could use an LM317M or LM317 rather than an LM317L with the same resistor chain)

Here is a circuit that will do what you want (the LM317L is available in TO-92): 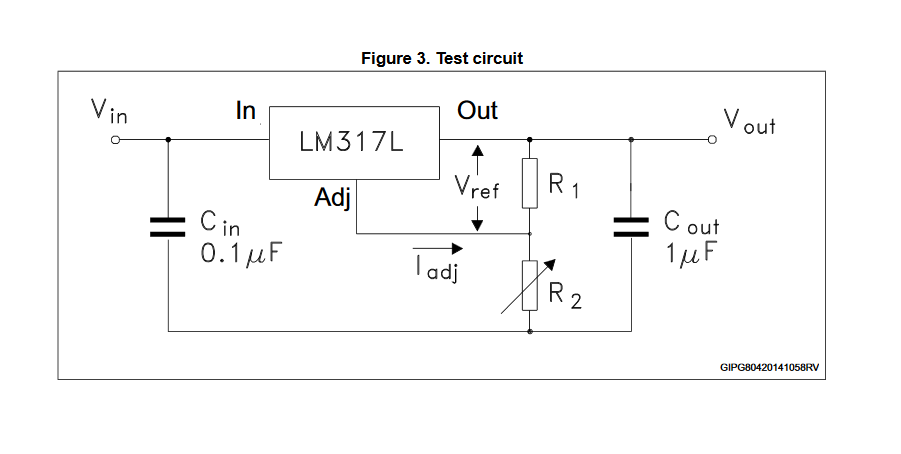 A (somewhat) more modern part that works similarly is the LM1117 but it's a bit more fussy about the capacitors, being a semi-low dropout regulator. Read the datasheet recommendations carefully if you use such a device.

These parts are mature "jellybean" devices that designers often reach for because they are cheap, multi-sourced and stocked in vast volumes, and work fine. They also include thermal shutdown and current limiting so they are relatively foolproof (if you short or overload the output you won't likely destroy the part).

There are much more modern parts such as the TPS69xx series which will output a fixed 1.5V at (perhaps) 50mA in your case due to thermal limits, but they again are fussy about capacitors and are somewhat more difficult to breadboard (SOT-23-5 package) and have little power dissipation capability. You could use a 100n capacitor on the input and 10uF ceramic in series with 1 ohm on the output. All in all, though, I think the LM317 is more appropriate.

What kind of LED do I need?. Refer to my examples at end.

Due to your lack of understand of LED equivalent circuits and actual circuit being applied, consider this to evaluate your problem better then define the requirements better,then and only then an answer is possible.

All LED's have Zener like voltages and incremental resistance ESR) at rated current. If a fixed R (as done in stripleds) this is added to the circuit model in terms of Effective Series Resistance (ESR) discussed below, ( and all over this site).

If there is a DC to DC supply included in circuit with some kind of CC regulation, then you need to define Input V range and effect on current.

A complete solution to your question is not possible , since you need to learn more about diode characteristics to define the problem better. This answer however assumes you are just beginning to read datasheets and you will note there is a wide variation and tolerance on Vf@If due to quality colour and chip size.

After you understand your application, then you can define a Voltage source with current limiting, R drop value, or a variable LDO voltage source, or a constant current sink to a array of LEDs, or in high power cases more advanced solutions.

Not the answer you're looking for? Browse other questions tagged resistors circuit-analysis voltage-divider or ask your own question.

34
how to reduce DC voltage using resistors?
0
What kind of LED do I need?