In an electrical circuit, why does the charge move after it passes through the last resistor, when it's voltage is zero? 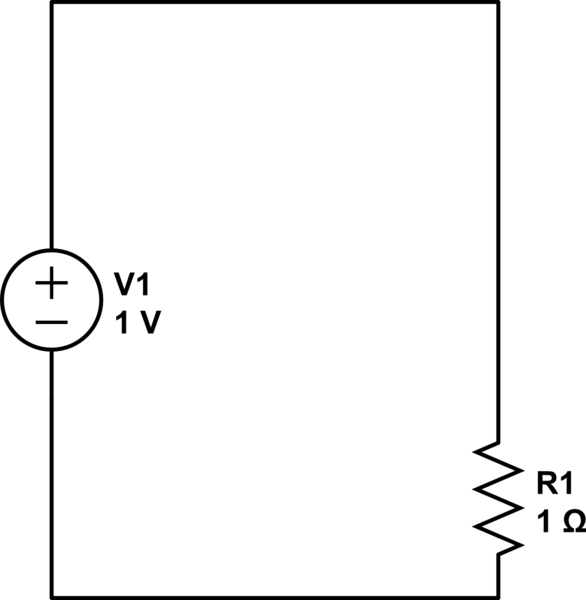 From what I know, current is the flow of charges, and charges move because of the potential difference, i.e. voltage. The thing is, charges in a circuit are affected by voltage drops, and total voltage drop is equal to the initial voltage. So, once the charge passes through the last resistor, it's voltage is 0! There is no potential difference anymore, so why is it moving towards the positive terminal?

I have 2 guesses, one is that those charges are still negatively charged so there is still some potential difference. Voltage from the battery is just some sort of additional energy (is this correct?) My other guess is that they are being pushed away by incoming charges.

You wanted me to sketch it so here it is, but I think it works for most circuits...

So your point makes perfect sense, in an ideal world. In a schematic, a single node has the same voltage everywhere.

In the real world, components aren't ideal, and that extends even to the wires that make up the nodes in the physical circuit. They have a resistance, but it is usually negligibly small. So there is, in fact, a voltage that still causing charges to move in the wires after the charges have passed through all of the components.

In most cases you won't find a significant difference in the voltage at the two ends of a wire unless there is a lot of current moving through that wire, or the wire is sufficiently long. For instance, 16 gauge copper wire has a resistance of approximately 4 \$ \Omega \$ of resistance per 1000 feet (source: google 'resistance of copper wire'). With that, it would take about 250 amps to notice a 1 volt drop across a single foot of wire!

Let me know if anything is unclear, or if I didn't actually answer your question. It felt a little like I was rambling in there.

A potential difference sets up an electric force which causes conduction electrons to move. A battery is a piece of complicated chemistry, with anions and cations, and I don't want to delve into the details there. Plenty of better sources for that, than me.

But the fundamental problem with your imagination is illustrated where you write, "it's voltage is 0!" Up until that point, you were talking about potential differences (appropriate.) Suddenly, right there you skip tracks and then conflate (confuse) the idea of a voltage at a single point with the idea of potential differences. These aren't even close to the same thing.

A voltage at exactly one node is entirely arbitrary. I could look at your circuit and argue correctly that the node you identified as 0 V is really at 1,000,000 V. The number is completely arbitrary. You can make it up. So can I. And we are both right, so far as the idea goes. Such values depend only on your choice of reference. And you and I are allowed to make different choices, there. (Of course, once you've chosen a reference point and assigned it any arbitrary value, you can't do that again. You only get to chose a reference point and assign it a value, just once.)

The battery itself has a field intensity direction inside it, as well. So the point you called "0" has a different potential to one side and to the other side, so there is still a field intensity direction at that point, as well. Everywhere in the circuit, in fact, has an electric field gradient. So the electrons continue to be propelled by the force acting on them throughout the circuit.

Look at this problem from a different perspective because what you have here is similar to a Zeno's arrow paradox. You have effectively stopped time and examined a static position without considering the dynamic situation.

You don't have a stationary single electron, you always have billions of electrons in motion. (either as a drift current or as random Fermi motion - see https://en.wikipedia.org/wiki/Drift_velocity ) Even your single electron is always in motion.

Let's assume our electron has the same potential as the 0V terminal of the battery and has no inclination to move (totally ignoring the fact the electron would have momentum). If there is a drift current (the actual movement of electrons) then very soon a second electron will find itself in the same position near the first, then a third, then a fourth etc.

This accumulation of electrons (increased electron density) constitutes a more negative potential than the 0V so creating an electric field which would sweep the electrons towards the 0V electrode.

Let's not ignore momentum - The electron has been subjected to an electric field (from +V to 0V when you complete the circuit) - it has been drifting in the direction of the 0V terminal at a speed of about 2.3 x 10^-5 m/s. It will continue to do so because there is nothing to stop it.

Electron drift is not the same thing as electric current. See https://en.wikipedia.org/wiki/Speed_of_electricity

Does this make sense in the real world? - Kirchoff's law states that charge cannot accumulate at a node - current going in must equal current going out. In other words - what goes in must come out.

Not the answer you're looking for? Browse other questions tagged voltage current circuit-analysis electricity or ask your own question.

0
Does electric potential influence the direction of current?
1
What am I misunderstanding in electrical circuits regarding voltage/current/resistance
3
So which direction do electrons really flow?
0
How can an electron have 0 electric potential after exiting a resistor but have current?
1
Battery operation, charge and discharge processes misconceptions
0
Does current flow between a positively charged conductor and a neutral conductor?
2
Why do charges not lose potential as they travel through the circuit before reaching a resistor?