This is a follow up from Driving IRF540N with darlington

I came up with a different circuit that uses jfet op amps and smaller fets instead of gate pull up resistor: 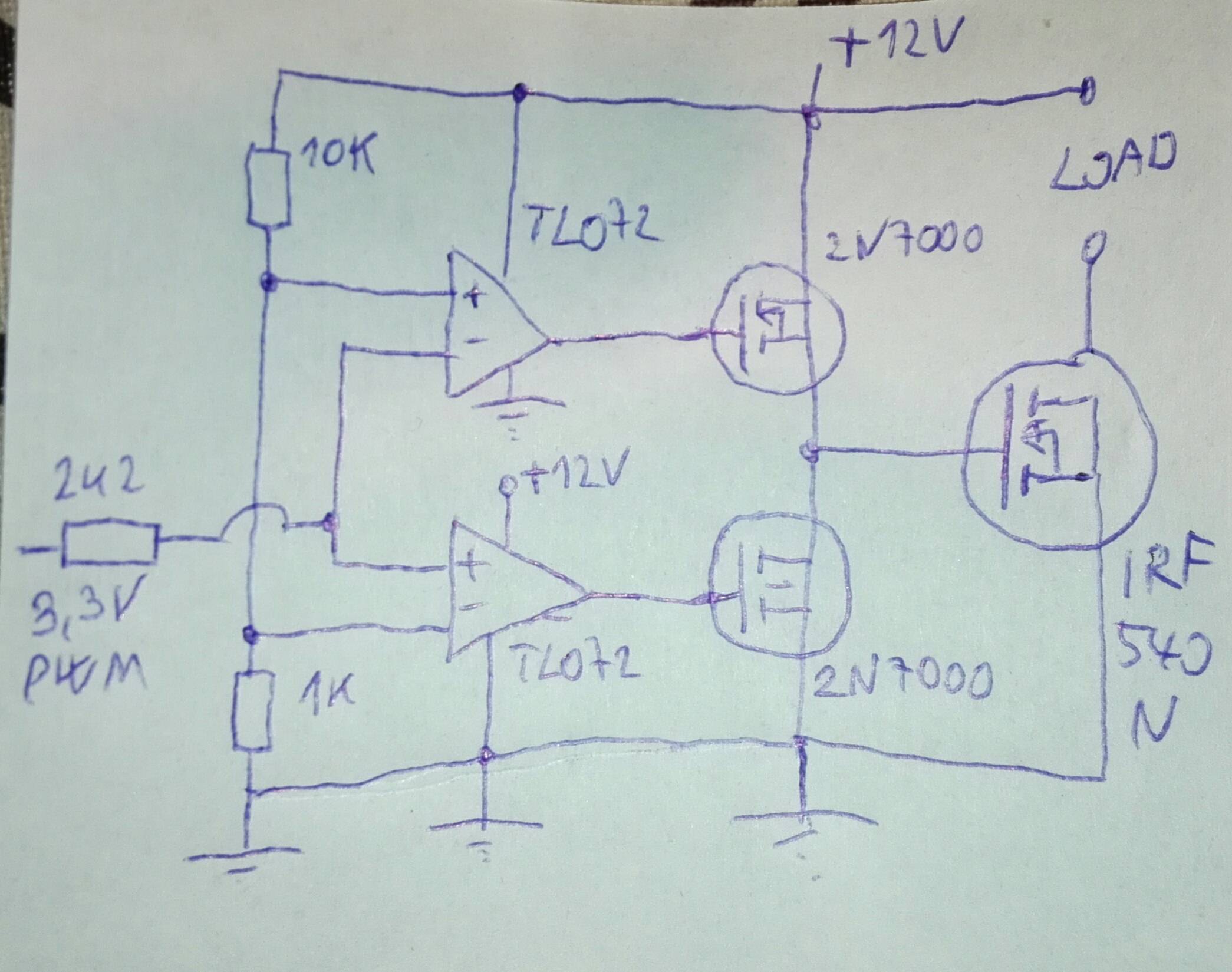 The basic idea is that the opamps create a normal and an inverted 12V pwm signal. They open and close the 2N7000 fets. Those fets charge or discharge the gate of the power mosfet. Because the smaller fets are never opened at the same time, almost no current is needed to keep the power mosfet opened or closed. Much less power is discipated. And because of their very low open resistance, the power mosfet's stays less time in half opened state, allowing higher pwm frequency and increasing efficiency.

The jfet opamps are fast enough to be used at higher frequencies (slew 13V/us). I'm not sure how fast can they fully open or cose the smaller fets. Max output current of the opamps is limited but I do not see it in the datasheet. (At least the gate of the 2N7000 has far less capacitance than the IRF540N.)

Would this work better than the previous design? Would it work at all?

Or save yourself all that messing around and just use one of these: - 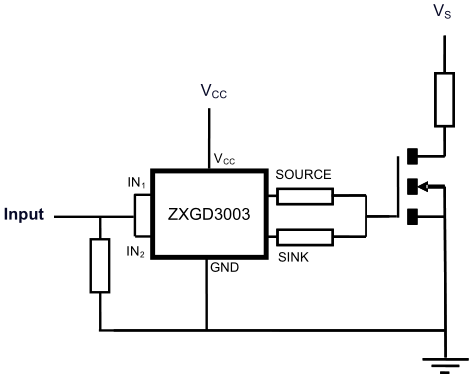 They cost 44 pence from mouser here and they are in a SOT23 package, Vcc can be as high as 40 volts,

Using a TL074 to drive a MOSFET is going to be problematic because with its negative supply pin at 0V the output won't swing down below about 2V and you are likely to be never able to switch the lower MOSFET off. No, I'd just go for an integrated MOSFET driver and save time, money and space.

Look at the shoot-through charge in datasheets for MOSFET gate drivers.

Some ICs have break-before-make implemented on the silicon.

Not the answer you're looking for? Browse other questions tagged pwm mosfet-driver or ask your own question.

0
Opening MOSFET's gate with low voltage PWM
1
How to drive a MOSFET from AC wih max efficiency?
8
How to increase mosfet switching speed, and decrease switching losses?
0
Driving IRF540N with darlington
1
Voltage surge during transition of high side mosfet in half bridge mosfet gate controller
1
How to minimize DC brushed motor arcing noise propagation from MOSFET drain to gate?
4
Do I need a heatsink for a MOSFET
3
MOSFET failure (RN6020JNZ4) - all pins shorted