I am pretty new with this stuff, just learning. I wanted to make a simple PCB, and as this was my first project, I decided to go with astable multivibrator circuit, to oscillate 2 LED's using transistors and capacitors. Unfortunately when built (and sadly I didn't bother to breadboard this first for some reason) only one of LED's (white) was lighting up and just staying like that. Because I am new to this, I am not sure how to approach the concept of "troubleshooting" and debugging the problem. So any advice is appreciated. I am attaching schematic, PCB, and the photos, with some data to make things clearer.

Several places I might have got this wrong are - maybe wrong resistor values? if so what are the correct ones? Also I think I am not seing a difference between 10nF and 10mF (the myu letter for m) maybe I put wrong capacitors in? Maybe wrong transistor? I just had this one. Lastly ignore the LED values on the schematic, I just used some led's I had at home, and there is no values written on them, so I don't know. It's just regular LED I suppose.

Update 1: it appears I had wrong resistors for collectors, I had 2.2k instead of 220, so that is fixed now, and white led is brighter. Oscilation still not happening.

Update 2: It also appears I had polarity of capacitors wrong, that is fixed with no effect.

Update 3: Tried some messing around, like shortening transistor CE on the red led side. This causes a short blink (white off, red on) then in a milisecond white comes back, and red still remains (so both on). if shortening is removed, red turns off, and white remains. Not sure if this can hint a problem or not.

Update 4 As it was suggested apparently I got the C and E of transistor swapped somehow o_O. So got this fixed. Blinked for a second, and red was much deemer then the white.

Update 5 Changed LED's to both be the same green, as well as changed Capacitors to 100uF, and base resistors to 4.7k. (As it was suggested by many my current resistance for base was too high, and capacitor change was to keep same frequency of oscilation. Didn't work as well.

Update 6 After examining each part of board, I found a small part that was not connected. Self made PCB's are not reliable as someone from comments suggested :) This did make thing finally work, nice and steady green blinking led's. Yay!

At the end funny thing is that EVERYTHING was wrong with this board. and Everyone who commented had found something important :D Thanks! I hope I get better at this, currently I beter retreat into my embarassement cave. 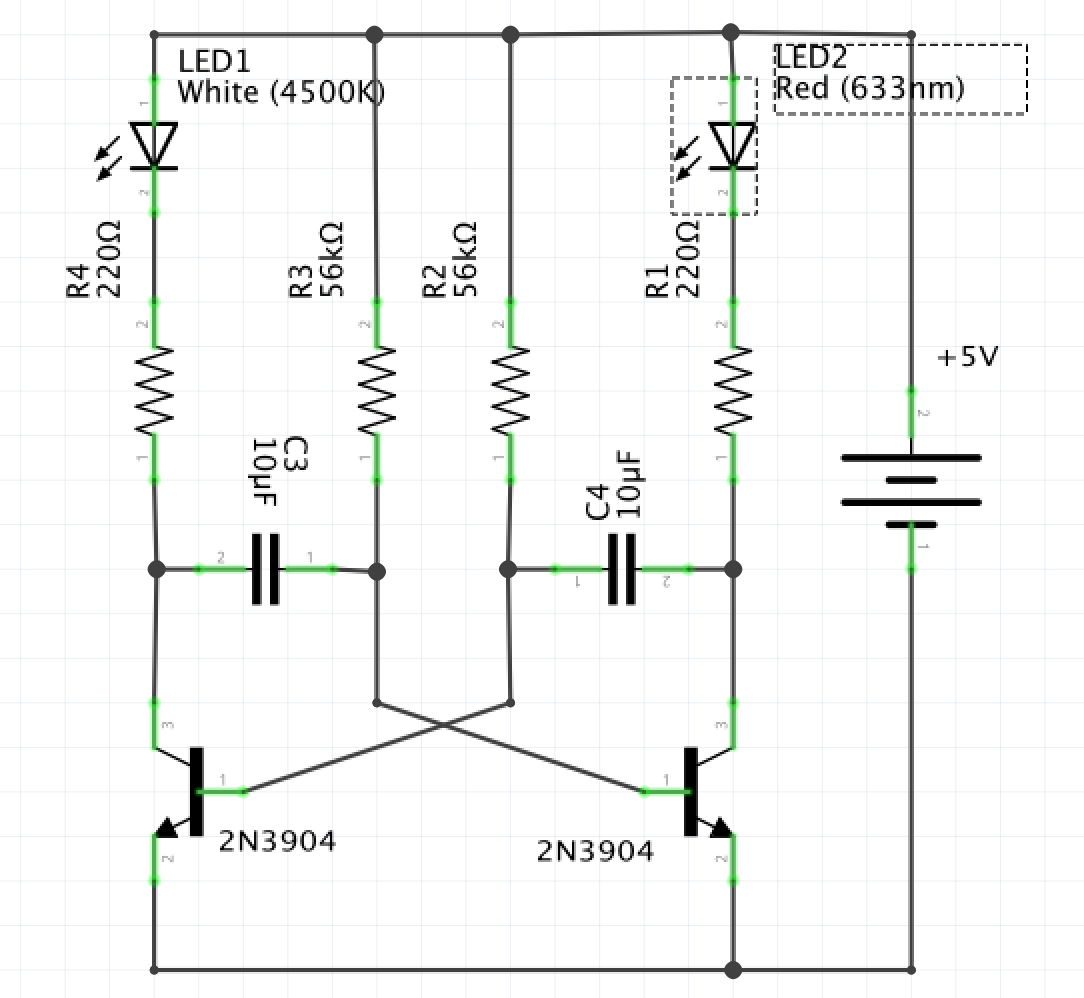 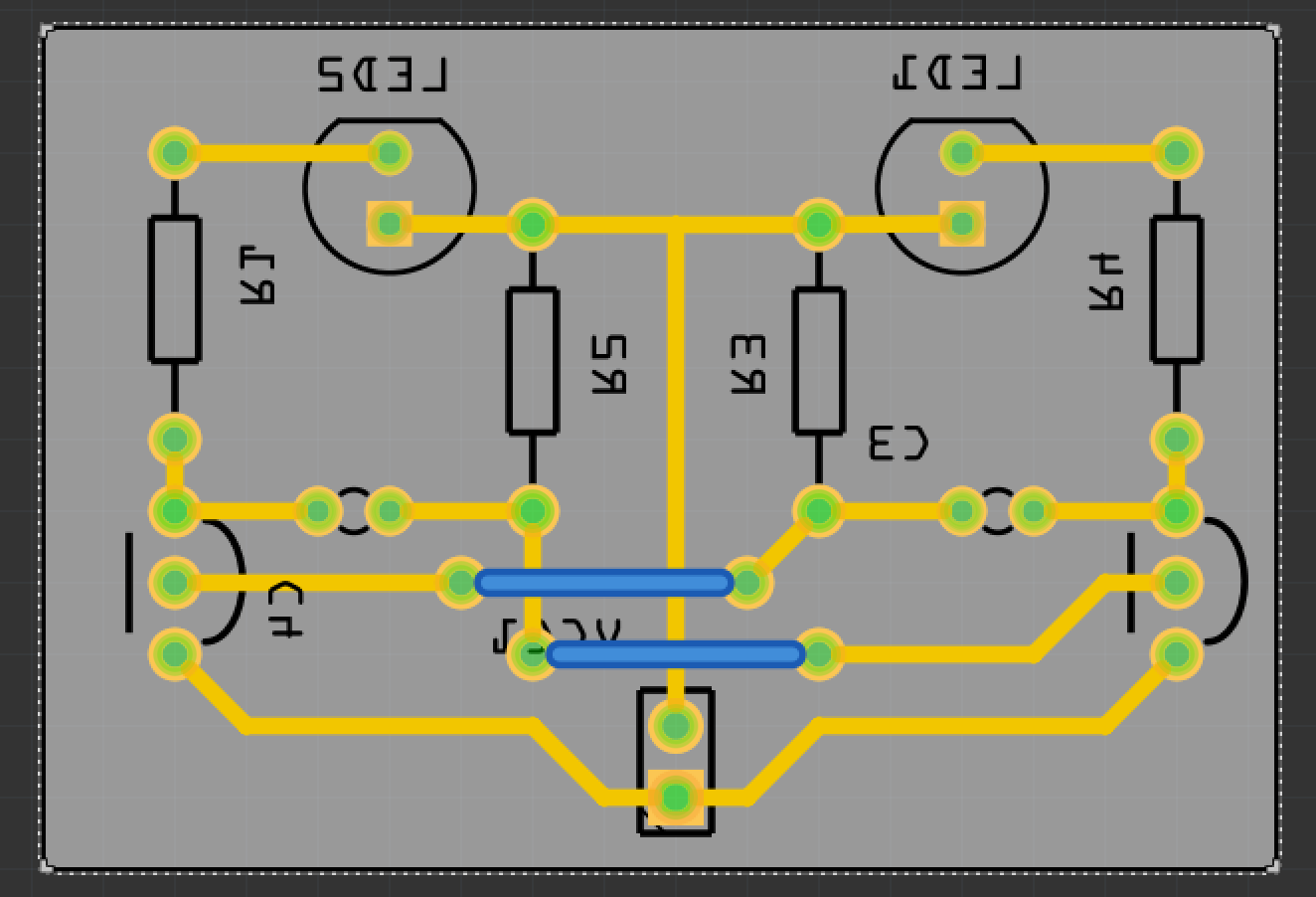 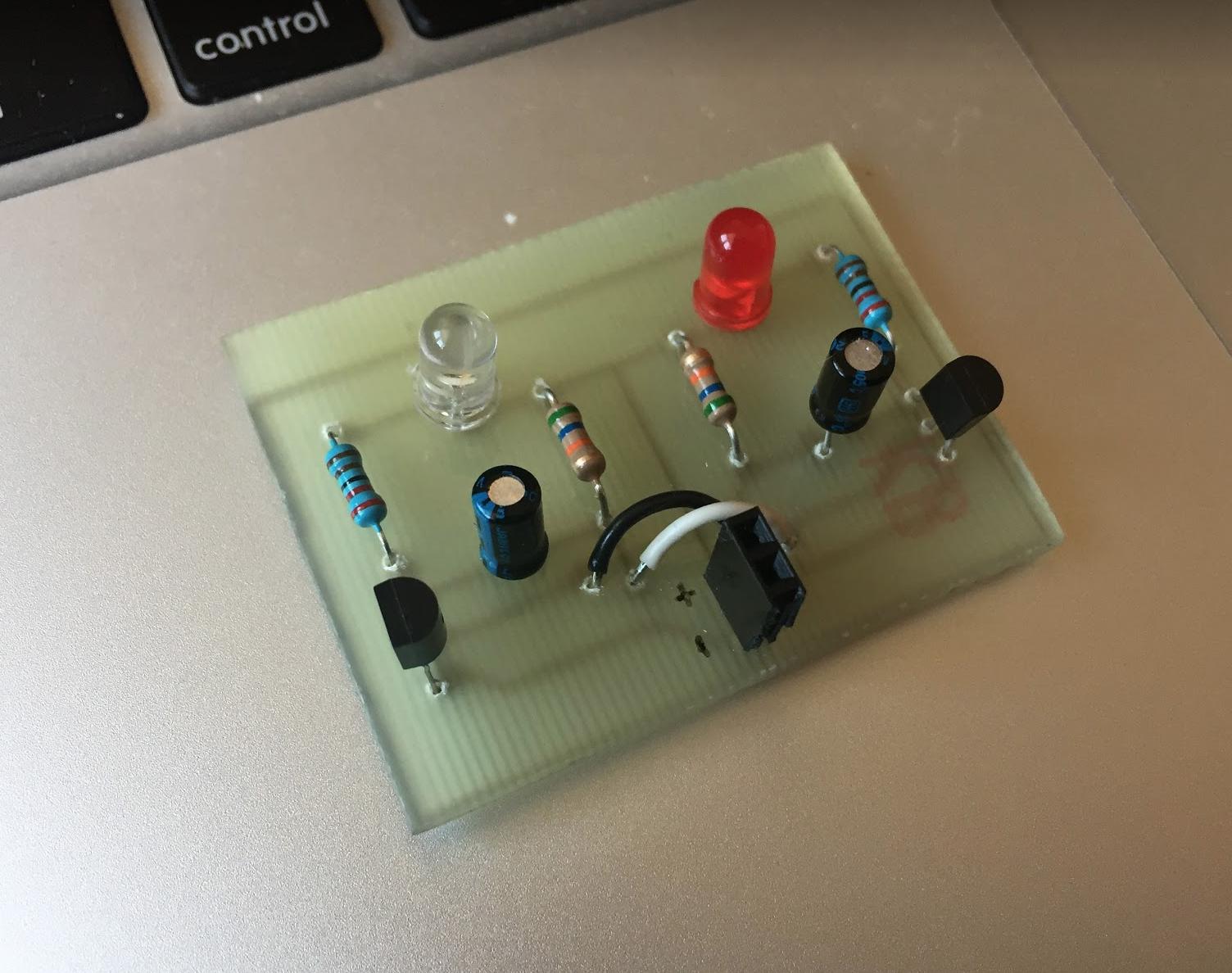 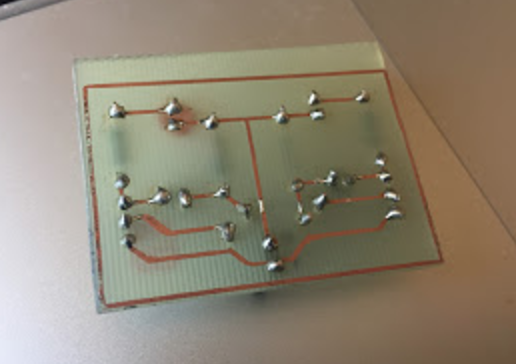 It look like you have your collector connect to ground. The 2n3904 Transistor pinout looks like this; 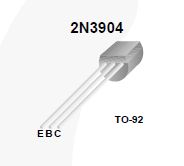 The collector resistors look like they are 11K rather than 220R. This will stop the LEDs illuminating.

Not the answer you're looking for? Browse other questions tagged pcb oscillator schematics diy multivibrator or ask your own question.