Misunderstanding of amplifiying a current with transistor

Electrical books say that we can use transistor to amplifying current but when I simulate a circuit in proteus input current, it is smaller than emitter current but why?

This is a common collector and we expect that the current to be amplified at the emitter point. 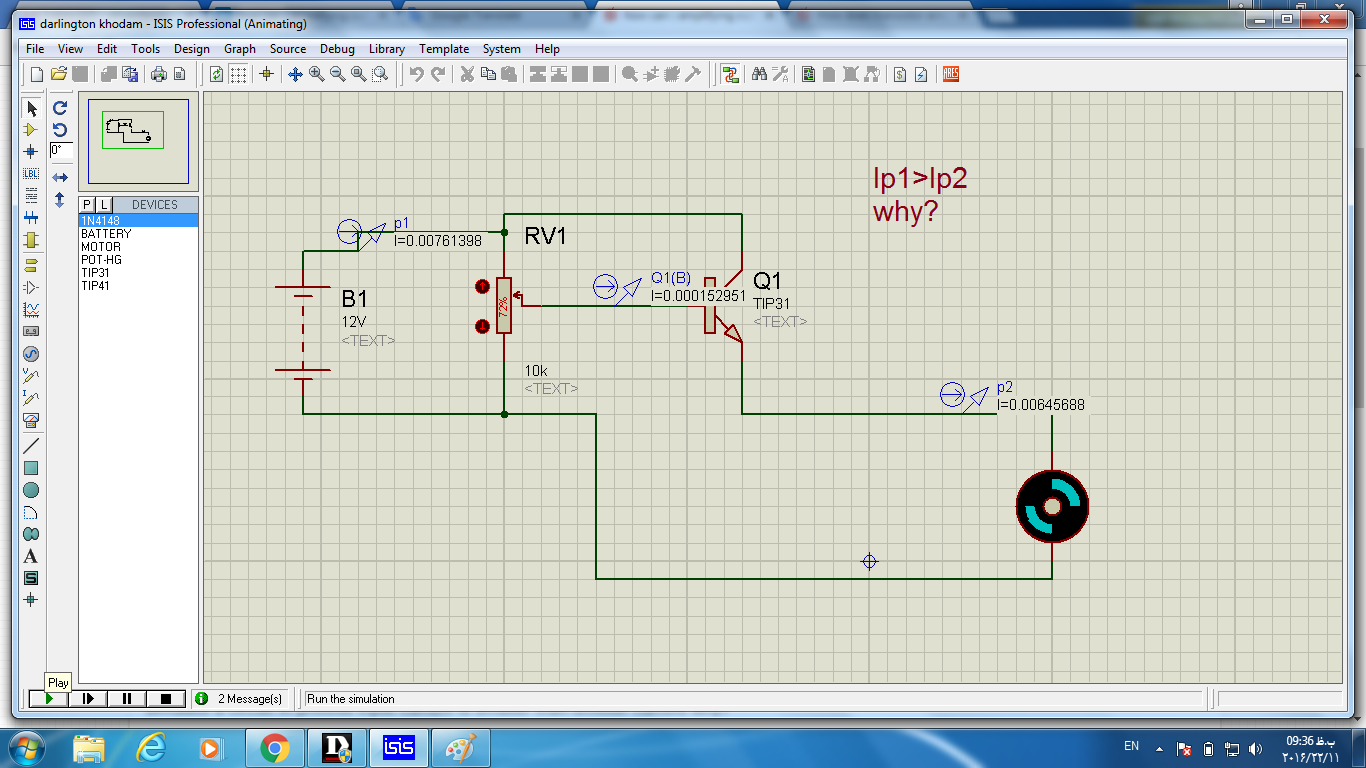 You appear to be comparing the current supplied by the battery to the current from the transistor's emitter. This is incorrect.

Some of the current from the battery will flow through the potentiometer, so the emitter current must be less than the battery current.

The gain of a transistor in this circuit is the ratio of the emitter current to the base current.

The output of the battery has to account for all of this current so that's why it's greater than Ie. A little bit of current from the battery flows through the 10K resistor which is why the battery current shows more current than any other point.

To be clear, a transistor amplifies current between its nodes. It cannot make a battery source more current than the battery will output on its own. The exception to this is if you have a boost converter or a circuit that isn't just aimed at regulating current.

Not the answer you're looking for? Browse other questions tagged transistors current proteus darlington common-collector or ask your own question.