Suggestions on board designing, ground plane and layers - PCB images

I'm designing a board (with EAGLE) for my first time and, before posting here, I've read some topics and documents on how to design a board, but I still need help since I'm a beginner.

My board should power and control 9 solenoids (12V, 2A) and a servo. I will use a board with two layers and 90um.

Two proportional solenoids use PWM at 120Hz. The oscillator for atmega328p is 16Mhz.

The board is powered by 12VDC with 12VDC, 200Ah AGM battery and I'm using an isolated power supply (+5VDC) to power up the microcontroller (atmega328p). The atmega328p isolation is made by optocouplers which drive the MOSFETs.

It is better to put only the ground plane on a layer and all the other connections traces and +12V traces on the other layer?

Could it be a good idea to create a "+12V plane"? What are your suggestions for the designing of this board?

[EDIT: The schematics is now correct and clearer] 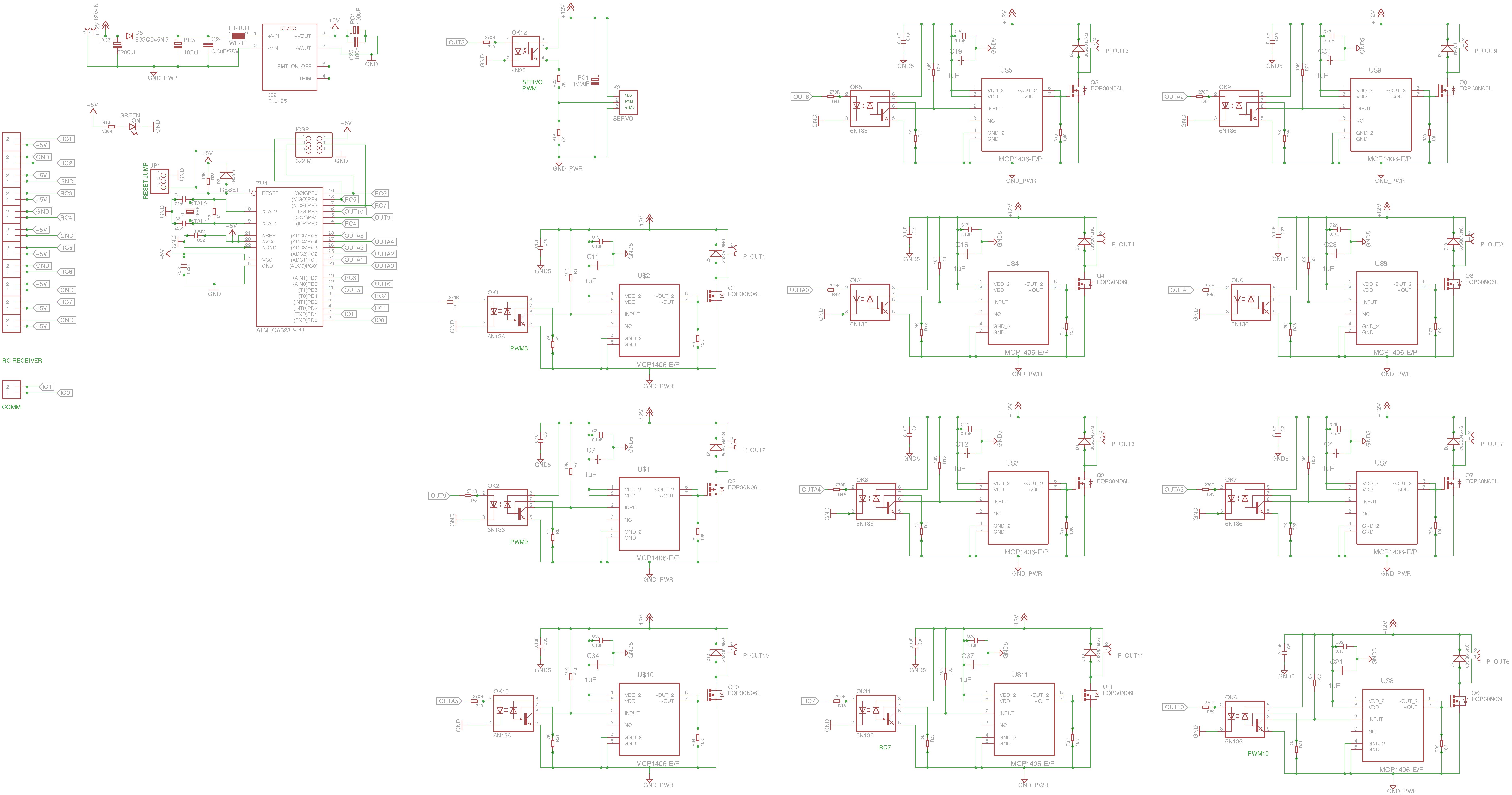 This is the third version of the board layout. I removed the +12V connector which was at the bottom of the board since it wasn't really useful and I tried to separate the two circuits (12V, 5V) in a better way. I also fixed the errors with some traces which were connected to a wrong source. Are they Ok, now? Anything to fix?

This is the version #4 for my board layout as suggested by @ThreePhaseEel. Now, I think all the traces are in the correct area and the optocouplers work as a "barrier" between the two circuits. I hope everthing is Ok, now! :)

This is the version #5 with the diodes flipped and wider traces for the diodes. I also tried to remove the acute trace for the 12V connector.

I use mixed MCU and circuits powered from different sources but I always use a common ground.

Here is a links to 'official' Arduino relay product with the schematics. And also other documentation : http://download.arduino.org/products/4RELAYSSHIELD/Arduino-4-Relays-Shield-V1_rd.zip

Why reinvent the wheel? Imitation (copying) is the sincerest form of flattery.

Not the answer you're looking for? Browse other questions tagged pcb-design noise eagle solenoid pcb-layers or ask your own question.