I am having some serious problems trying to get the serial monitor to output the correct characters. I have looked over a lot of the posts with similar problems, but nothing seems to solve it.

I am an absolute rookie when it comes to this stuff, and we are working with embedded systems for a university course and the teacher isn't at much help.

I am simply trying to print the character "a" to the serial monitor, but all I get is these wonky characters that can be seen in the picture.

I attached the code and the picture, in hopes that someone more knowledgable in the area can pinpoint me in the right direction!

Programming through a Arduino nano

The usart.c and usart.h files are provided by the university. I can compile and flash to the chip no problems, just getting strange characters as output. 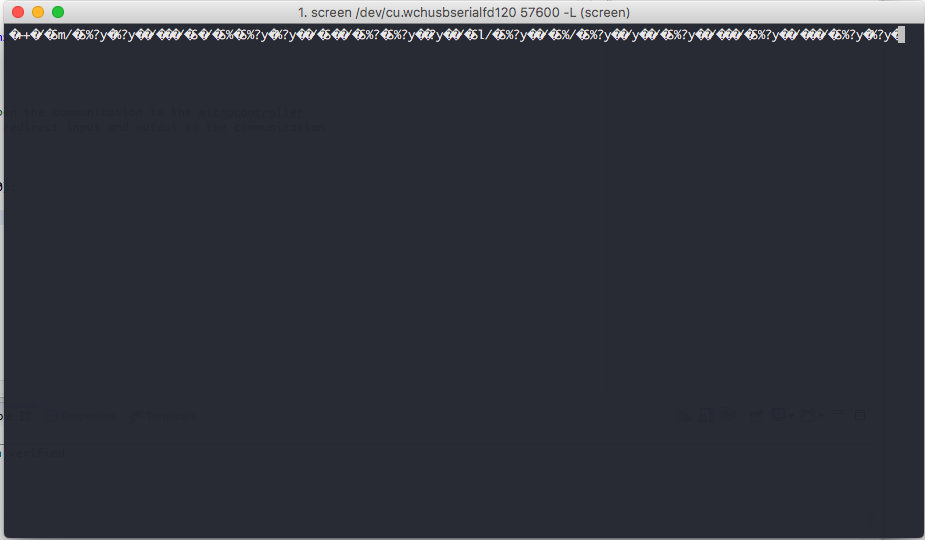 Every value of the baud rate under 57600 gives me this this response from avrdude.

There is one exception when I try to use 9600, I get the response:

As I am totally new to this, I have no idea what it means, and google didn't help a lot. The only baud rate I can even flash to the chip, is at 57600.

Here you can see the uart_init function:

Are you sure about this line here;

As far as i know arduino nano has 16Mhz onboard external oscillator and if you not changed default fuse settings it will work on 16Mhz.

Also try to make it working on lower baud values like 9600. And check your uart.h, make sure it has rigth UBBR value. 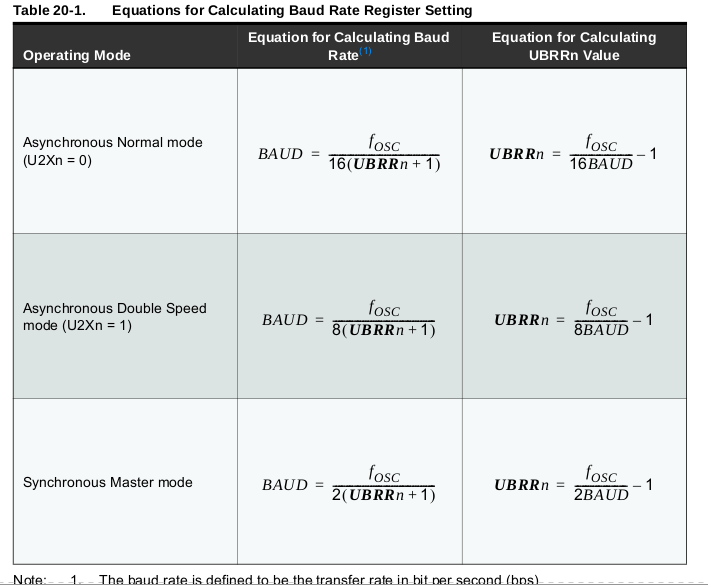 Not the answer you're looking for? Browse other questions tagged microcontroller avr c serial embedded or ask your own question.