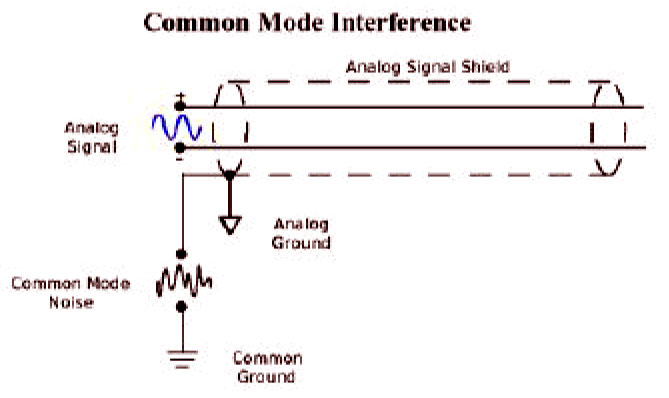 In the above illustration the common mode noise is hitting to both + and - wires.

Here is my understanding of the "common mode noise":

In a Single-ended system: the - wire is GND and + wire is carrying the actual signal, so the noise will only affect the + wire but not the - wire since it is GND. Noise then will appear at the output (difference of the + and - wires).

If my understanding is correct; does that mean if one talks about "common mode noise", he is talking about a single-ended system?

If my understanding is correct; does that mean if one talks about "common mode noise", he is talking about a single-ended system?

A differential receiver has to "manage" the common mode noise and although a perfect receiver will certainly achieve this, the real world receivers don't. For instance (just an example), an op-amp may be specified as having 100 dB common mode rejection but the fine detail in the data sheet tells you that this might only be at 100 Hz and at (say) 10 kHz, this has degraded to 60 dB and maybe 40 dB at 100 kHz etc..

So no, common mode noise is a big issue for both types of system.

Compare the two circuits below: 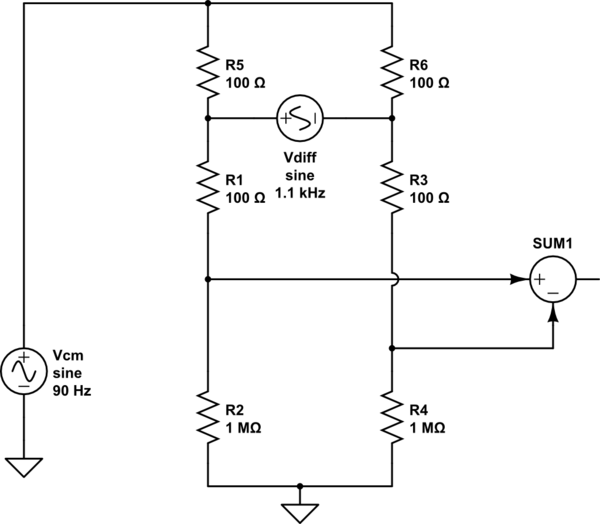 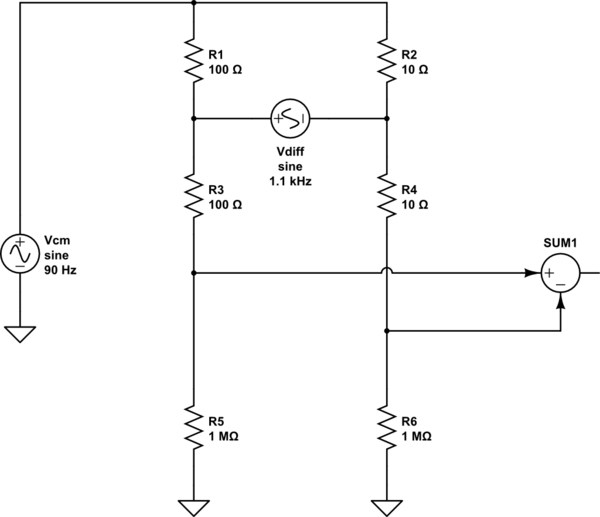 In both circuits, we have a 1.1kHz, 1V differential mode signal superimposed on a 90Hz, 500V (!) common mode signal, and an ideal (infinite CMRR) subtractor as the receiver, with its input impedance set to 1MΩ by the resistors at the bottom of the bridge. However, in the first circuit, the source impedances are perfectly balanced, while in the second circuit, they are imbalanced by a rather extreme ratio of 10 to 1. The simulations of the first circuit show a near-perfect 1.1kHz sine wave at the output of the subtractor, while on the second circuit, the subtractor output contains several dozen mV of 90Hz. Oops!

The only fix to this (other than fixing the bad signal source) is to increase the input impedance that common-mode signals "see", as in the circuit below. 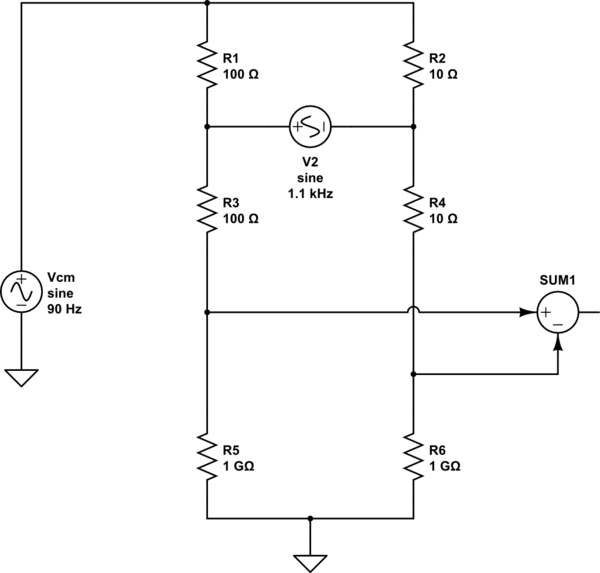 Now, the common mode signal has been reduced to sub-millivolt levels, but at the cost of having to greatly increase the input impedance of the receiver, which becomes impractical beyond a certain point.

In practical circuits, transformers can achieve high common mode impedances, but have their own drawbacks as they're bulky, can pick up magnetic noise, and are hard to achieve wide bandwidth with; in the solid-state world, advanced bootstrapping techniques (look up the "Whitlock bootstrap" if you want to know more, but keep in mind it's patented) are used.

Not the answer you're looking for? Browse other questions tagged noise common-mode or ask your own question.