I was trying to design a driver of a proportional valve. My driver has ±10VDC input and ±100mA output (Load: 200 ohm, 0.5 H, Series RL) I have two supplies which are 28±4VDC and -28±4VDC. I applied this circuit and simulated. I take ±100mA when i applied ±32VDC to opamps supplies however i took ±90mA for ±28VDC and ±75mA for ±24VDC. It was fixed to 100mA when i applied bigger supplies than ±32VDC. Also there is some problem about load, the output current should be independent from load resistor but values bigger than 200 ohm, the current was influenced. I have included the circuit. 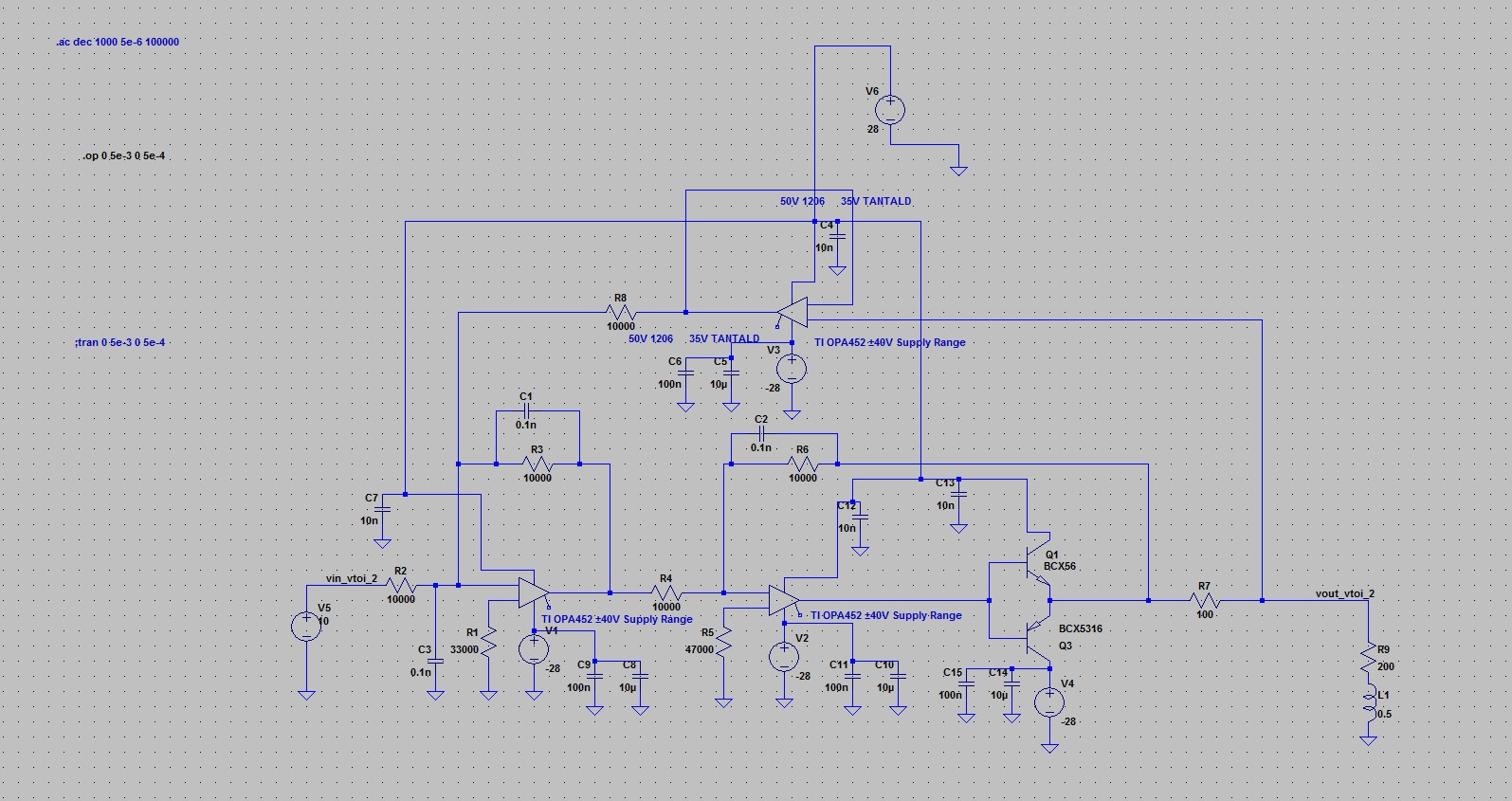 I investigated some proportional valve models and i realised that they can give almost 3A. Do you know that how that circuits can give those currents? My circuit is limited at some values for some reasons but i couldn't find it.

This is a commercial circuit example for proportional valve: http://agsotomasyon.com.tr/content/ags-pv02-2-kanal-oransal-valf-kontrol-karti

A typical proportional valve driver consist of a H-bridge that is PWM driven. The base frequency is approx 2-5kHZ. You could use a DC motor or stepper motor driver with a chopper, to control the current. Moreover a valve driver has also a dithering frequency, that is superimposed on DC signal. This is a nice feature that provides anti-sticking. The friction of the spool is high, then at low currents the spool got sticked, then at higher current it suddenly frees, making jerking movements. That's why a dithering is used for.

Not the answer you're looking for? Browse other questions tagged operational-amplifier solenoid-valve or ask your own question.