555 timer monostable operation not so stable

I'm experimenting with a bunch of Texas Instruments NE555P IC's that I bought recently from Amazon, I made a basic monostable operation circuit on a breadboard with the following schematics 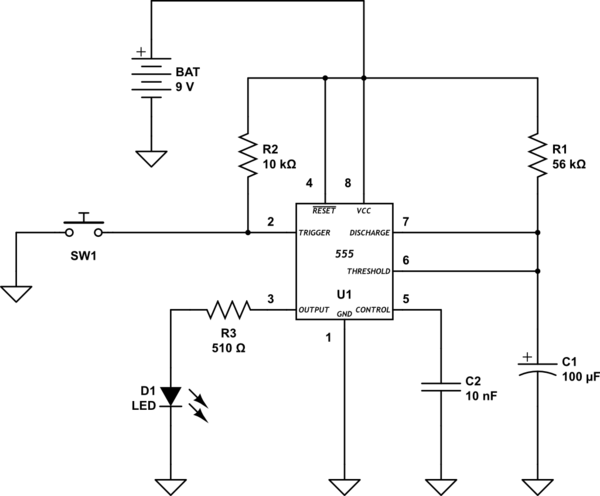 When I push the button the 555 gets triggered and the LED lights up for few seconds before going off, pushing it again would repeat the process. This is the expected behaviour indeed, however there are two issues I'm experiencing with this circuit.

The first issue is that closing the switch doesnt always trigger the timer, what happens instead is that the LED goes on for only a fracture of a second, I sometimes can overcome this by holding the button down for a second or so and it will then trigger normally after releasing the button.

What's causing this erratic behaviour? and why the trigger duration is not consistent with \$1.1R_{1}C_{1}\$? 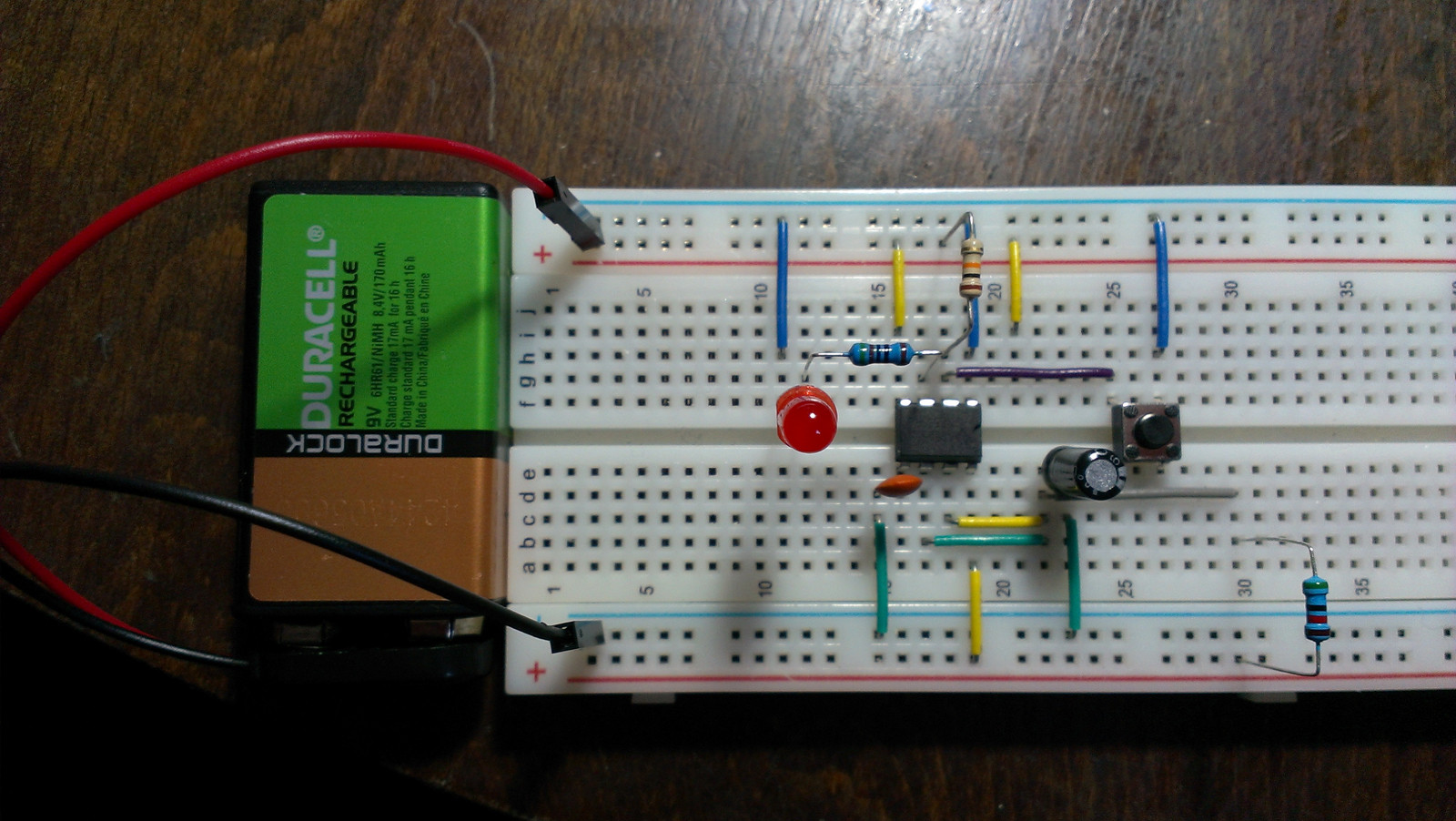 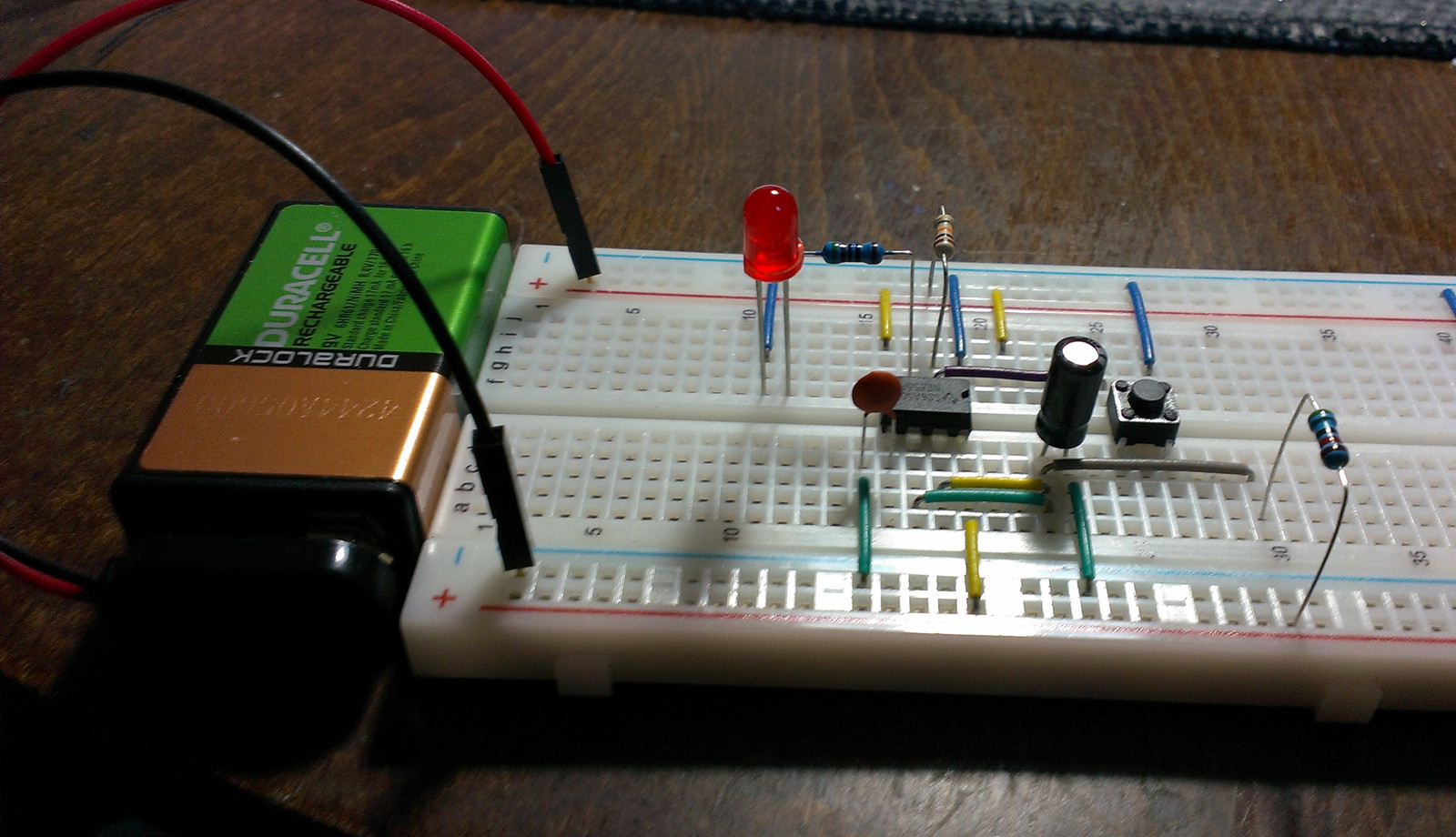 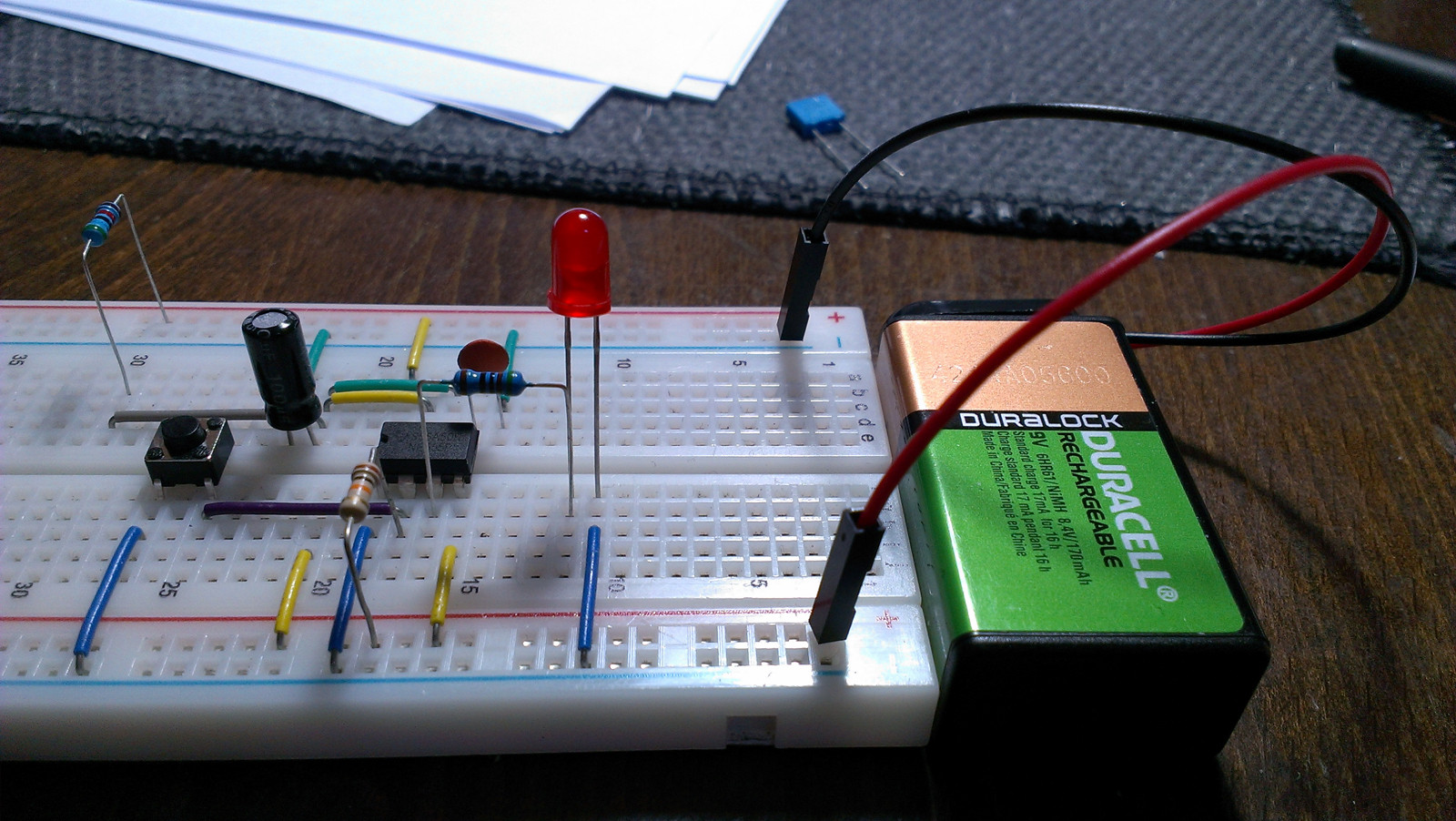 Last thing I would like to mention is that while testing a 555 IC got zapped (it stopped triggering all together and started heating up), what could have caused that? I used insulated tweezers to avoid ESD damage.

Among experienced EEs it is a well known fact that electrolytic capacitors (like that 100 uF one) can have huge tolerances. These capacitors often have a 20 to 30 % higher value than their nominal value. As there caps are mostly used for supply decoupling that is usually irrelevant.

You are trying to make a (somewhat) precise timer with a timing of a few seconds. You cannot expect much precision from this circuit, the NE555 is not very well suited for longer timings. Most EEs would use a faster running clock and a counter, the CD4060 (14-stage ripple carry binary counter) is a candidate for that. You can make it monostable if you play with the reset.

To solve both circuit problems I would add a small (10 nF) capacitor in parallel with R2, this will force the Trigger to be slightly longer when the button is pushed. You could try a different combination of R1, C1 like 1 Mohm and 5.6 uF. That way the capacitor is smaller making it easier for the discharge transistor in the NE555 to discharge it.

Not the answer you're looking for? Browse other questions tagged 555 monostable or ask your own question.

2
555 Monostable Timer delay
2
Holding voltage high, for monostable 555 timer pulse
2
555 timer circuit error
1
Is it possible to toggle a monostable 555 circuit?
5
Reset 555 timer when trigger switch is released
0
Why isn't my 555 cascading timer working?
0
How to make 555 timer output fall
3
555 timer that does not output low when reset
0
555 timer not working in monostable mode