Is there a standard/foolproof way to tell what input or output impedance is?

Sorry if this is a stupid question, but I'm in multiple electronics courses and I can't seem to understand input vs output impedance no matter who I ask.

Here's some examples of worked homework problems (solutions in red): 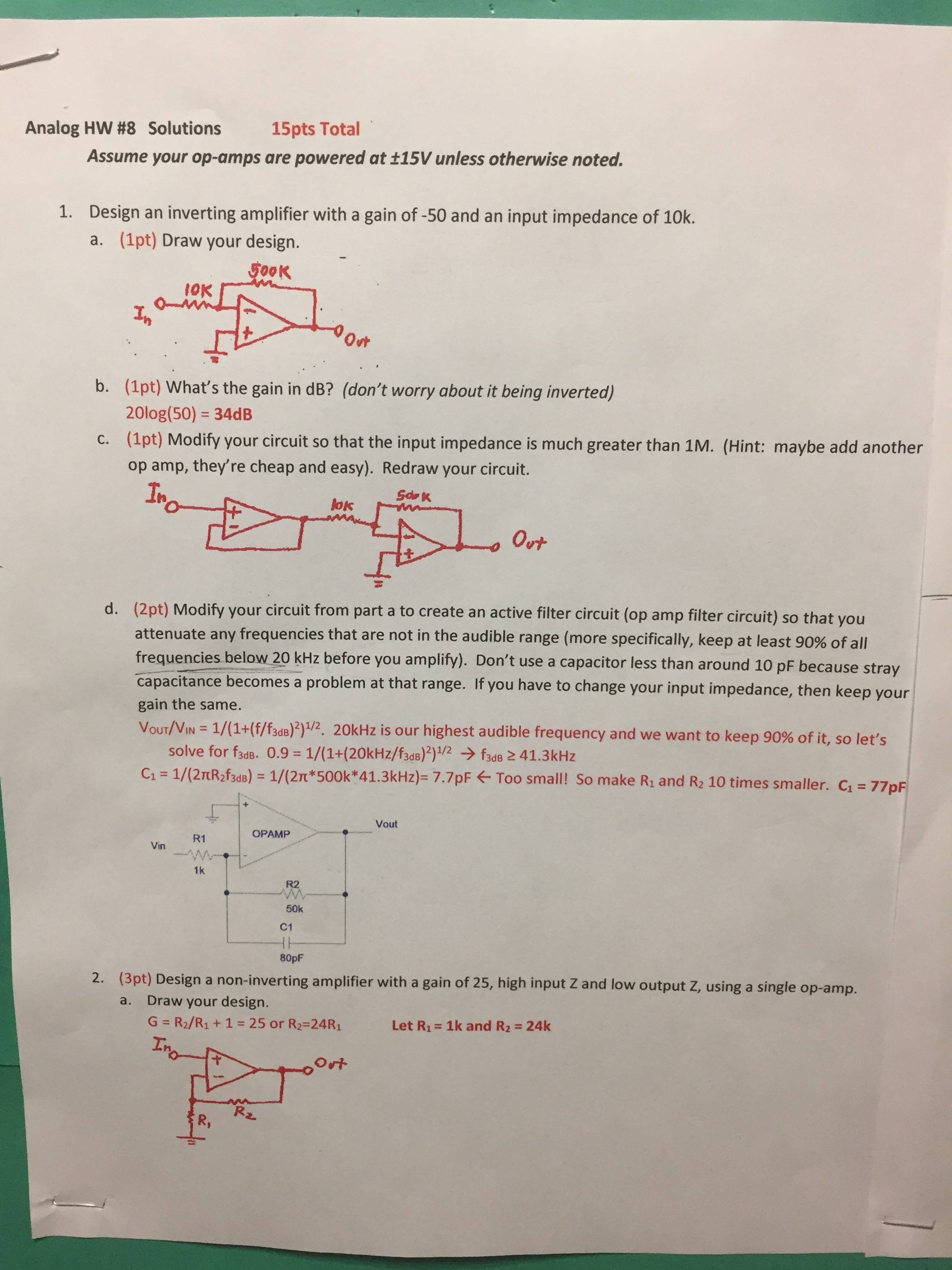 Then in part "c" we add another op amp to greatly increase the input resistance. Now all of a sudden we do care about the large op amp resistance, just because we put one op amp in front of another.

It really seems to be that simple, but I feel like I'm just saying "I'll just throw a 10k resistor in front of this circuit and voila, there's you 10k input resistance, have a nice day." If it's really that simple, I at least want to know why it's a helpful idea.

Could someone please break down this concept and really explain it to me like I have never seen electricity in my life. For some reason it's so obvious to others, that they do a terrible job of understanding just how confused I am, and their explanation won't help.

pjc50 summed up the solution in comments.

Input impedance is defined as the impedance you would see no matter what the input voltage/current. With the fact that ideal op-amp analysis pins both inputs of the op-amp to the same voltage, and one of the inputs pinned to ground, the other terminal can be treated as a virtual ground. Now you have an infinite current source/sink at that virtual ground. That means if you create a test input voltage on the input side of the circuit, all it will see is 10k to "ground". 1V/10k=100uAmps. Input impedance is the test voltage divided by the resulting current so 1V/100uAmps = 10k. So that's how they're coming up with 10k as an input impedance.

From what I can tell, your confusion comes then from not understanding how an ideal op-amp works. The input side of an op-amp tries to pin its two inputs to the same voltage and the output can source/sink infinite current to create the desired voltage.

The standard (math) method is to inject Itest, perform the math, and determine a value(plus phase shift) for Vresult. This works for inputs and output.

In Zoutput of an OpAmp, there are 3 regions you can determine, given you insert a discrete resistor Rlump after the ideal voltage amplifier. We'll do this for a unity-gain circuit. 1) at very low frequencies (below the 10Hz rolloff of OpenLoopGain), Zout is Rout is Rlump/AVOL with phase of 0 degrees. 2) once the AVOL starts to roll off, Zout is Inductive. This inductor will resonate with an external Cload and ring or oscillate or produce overshoot on squarewave signals. To avoid all this, insert a resistor (try 33 ohms) between OpAmp output pin and the Cload. The proper value is computable, at least at lower frequencies where PCB and Via inductance need not be included. At a frequency 10X higher than where AVOL starts to roll off, the Zout will have increased by 10X above the DC value. But the phase-shift now enters the math. 3) above UGBW, right where you want the OpAmp to continue to provide LowPasFilter rollout, so you continue to get that 20dB/decade additional filtering, the Zout becomes unpredictably dependent upon the exact circuitry of the output transistors in the OpAmp. And dependent upon bipolar or MOS devices. If you do need that attenuation to continue past 0dB gain point, you'll need to include RC filters external to the OpAm.

Not the answer you're looking for? Browse other questions tagged power-supply voltage power resistors circuit-analysis or ask your own question.

1
Some Basics of a Potentiometer?
4
Why add resistor on comparator input?
0
How to find thevenin resistance of a capacitor in an op amp circuit?
0
What resisters for inverting op-amp should I use?
1
Different voltage drop in serial and parallel circuit with resistor
5
Why is there a capacitor in the feedback path of a comparator, why is there a resistor on the input?
1
Finding the input impedance of this gyrator
7
We can ignore the wire resistance if the current delivered by the wire is low?
3
Input Impedance of the Inverting Op Amp