How to choose a properly rated power resistor for pulsed current?

Datasheets for power resistors typically provide a thermal junction coefficient or graph showing steady-state temperature increase for a given power dissipation, such as below for these ohmite power resistors: 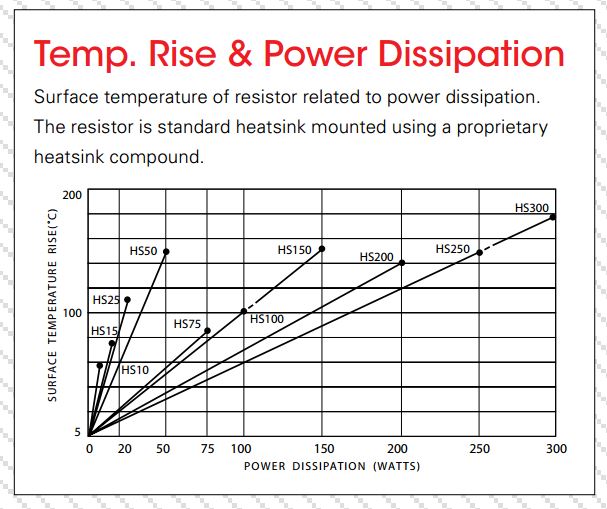 We'd like to test some high discharge RC LiPo batteries by pulsing them at ~150-200A for very brief periods, about a quarter to a half-second or so. Supposing that the resistor is .25 ohm, we know that our instantaneous power is

This is an enormous amount of power that would cause the above resistors to eventually (quickly) fail. We obviously don't want to spec out (huge, expensive) 6kW resistors, so our question is, what's "eventually"?

I want to say that:

At first I tried supposing a duty cycle of 10% e.g,

...which would be satisfied with a 75, 100W (etc) resistor. But this falls apart for arbitrarily long cycles, so there must be some constraint.

P.S: Supposing I choose a fan with some arbitrary air flow rating, this will cool the resistor by some value in watts. Would the effect on the resistor be like moving left on the graph, i.e. subtracting power dissipated?

First of all: rule out thin-film resistors (should be intuitive, actually). Thick-film resistors can work well. But, as always, assume nothing: read the data sheet!

Wire-wound resistors have a good surge reputation, but even non-inductive resistors have higher inductance than, for instance carbon-composition types.

Carbon-composition is an old, but still reliable technology and should be considered, especially if cost is a concern.

If you can spend a bit more, ceramic composition might be considered. Heat tolerance is good.

Not the answer you're looking for? Browse other questions tagged power resistors components heat component-selection or ask your own question.