This lecture shows how to create ac model for buck-boost converter.

What I am confused is the equivalent circuit model for inductor loop equation
on page 38.

What is the basis to distinguish/know which one is dependent or independent source here? 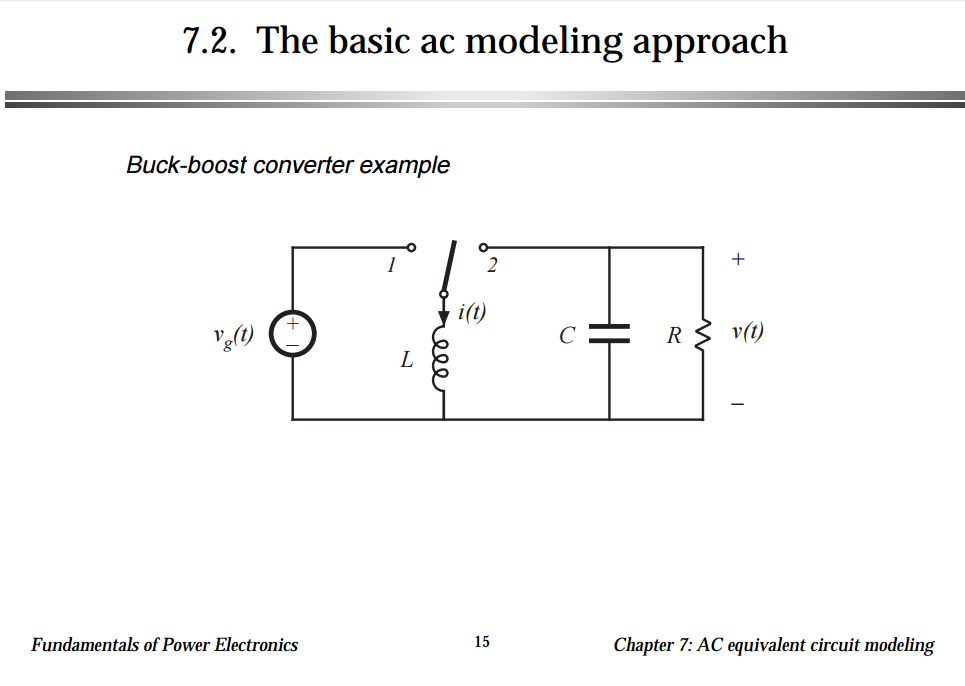 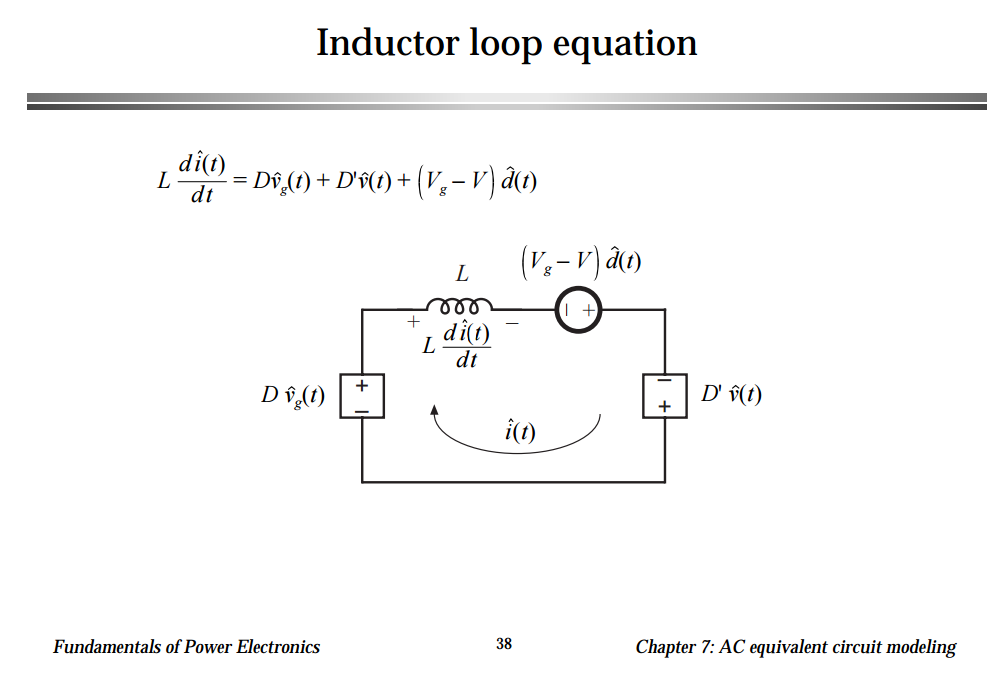 In the AC modeling of converters, what is considered is the average over one period of a certain quantity (e.g. \$\langle v(t)\rangle=\frac{1}{T}\int_0^Tv(t)\mathrm{dt}\$), in order to maintain the slowly varying behaviour of electric quantities, while eliminating high frequency variations and ripples.

Using this approach to model the inductor in the circuit you showed, it is \begin{equation} \langle v_L(t)\rangle=d(t)\langle v_g(t)\rangle + [1-d(t)]\langle v(t)\rangle = L\frac{d}{dt}\langle i(t)\rangle \end{equation} where \$d(t)\$ is the duty cycle in the period that was considered, and the other quantities are named as per the circuit you provided.

Now, consider which quantities are you using to control your converter: you obviously use the duty-cycle, and \$\hat{d}(t)\$ is the perturbation on it that causes the circuit to steer away from the precise working point you wish to have; thus \$(V_g - V)\hat{d}(t)\$ is your independent source, since it is due to your control circuit.

What about the other two sources? They are the effect on the inductor of variations/perturbations happening on input and output voltage, which you do not control directly, since they are due to the power supply you are exploiting and to the correct work of your circuit, respectively.

Not the answer you're looking for? Browse other questions tagged circuit-analysis switch-mode-power-supply dc-dc-converter power-electronics modeling or ask your own question.