I have a hobby project of putting together a light curtain of 100-150 LEDs (3V, 20mA). It is meant to be used in an event outdoors without mains power. It could be operated with bunch of ordinary batteries and it should operate around two hours.

It would have a main rail without lights and then strips of 10 LEDs hanging down from it. Any ideas for construction?

Edit: LEDs are simply all on, no controls needed.

Use of a boost converter and constant current drivers is a good idea.
Could run off several batteries directly with buck converters or linear regulators.
eg 2 x 12V SLA = 24 V = 8 LEDS badly, = 7 LEDs maybe, = 6 LEDs OK.
If all are on then arranging in strings of 10 physical but 6 logical is annoying.

Easiest organisationally if all on is to boost whatever battery to say 35V and run strings of 10 with constant current drive or even (probably) just a resistor per group.

The reason to use a boost converter is to ease driving LEDs from low volatge with lots of current control electronics. A 6V battery will drive one LED properly with linear or buck regulator. A 12V battery will drive 3 LEDs directly. A 24 volt battery will drive 7 LEDs.
LEDs are said to be 3V and some white LEDs are, but at 20 mA many are in 3.0 - 3.6V range. At even 3.2V you get few LEDs in series from 12 or even 24 V.

I've included two versions of essentially the same circuit below as one has example PCB layout and other shows IC internals. I'd recommend using a 12V 7 AH "brick" SLA battery as it has far more capacity than you need, you will not "deep cycle " it in normal use, you can use it several times in an emergency and can charge it with a small automobile car charger.
Examples show 28V out. Change R2 to adjust voltage out. Use >= 10 x VLED + 3V BUT Voutmax should be somewhat less than 40V. 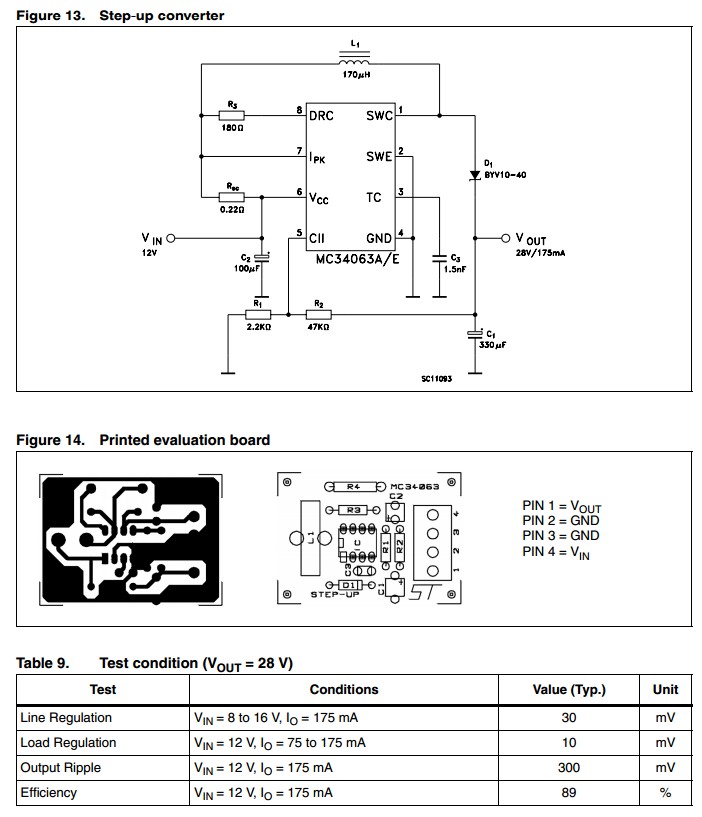 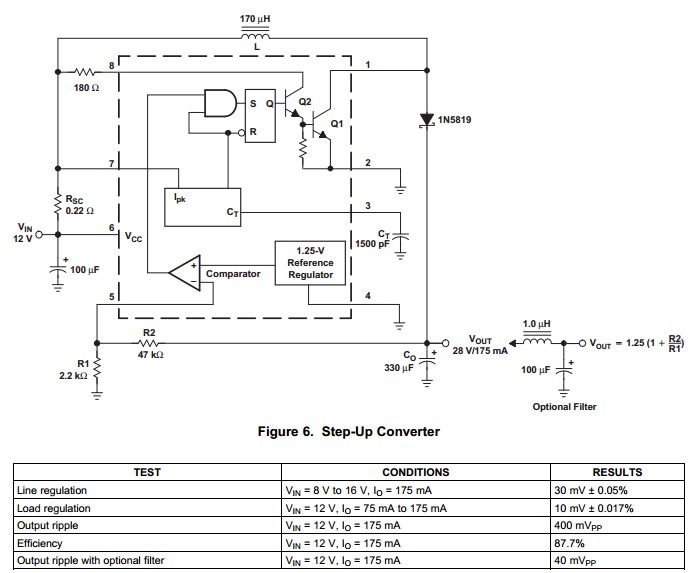 This product from ebay found by @baaggage_lump looks useful.
He said: 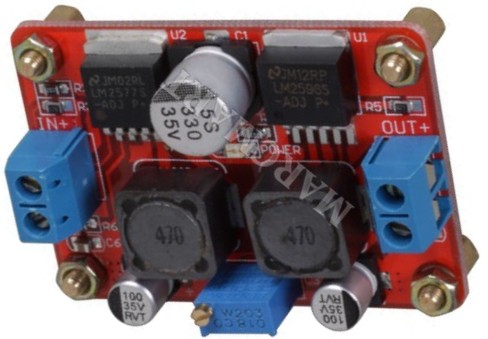 The boost section should suit your need. Typical cct and probably very close to what they are using:

Not the answer you're looking for? Browse other questions tagged led battery-operated or ask your own question.

4
How to build an external lithium battery pack for a laptop with 19V DC input?
2
How to adjust the voltage of this SMPS?