How to get LiPo battery protection circuit's function and schematic

I have three single cell 500-730 mAh LiPo batteries at home. I would like to know if they have an on-cell protection circuit (I can see it in one of them, and I think the others also have it) and what this circuit exactly does. If possible I would also like a schematic of their circuits (with the name and value of each component). I tried to find that on Google, but since I was't able to find a specific datasheet and I haven't any idea of what the circuit in my batteries looks like it's really hard for me to find something useful.

Where could I find the schematics of those circuits? (This is not essential for me, but I'd like to have them...) And, more important and useful, what does this kind of protection circuit do? 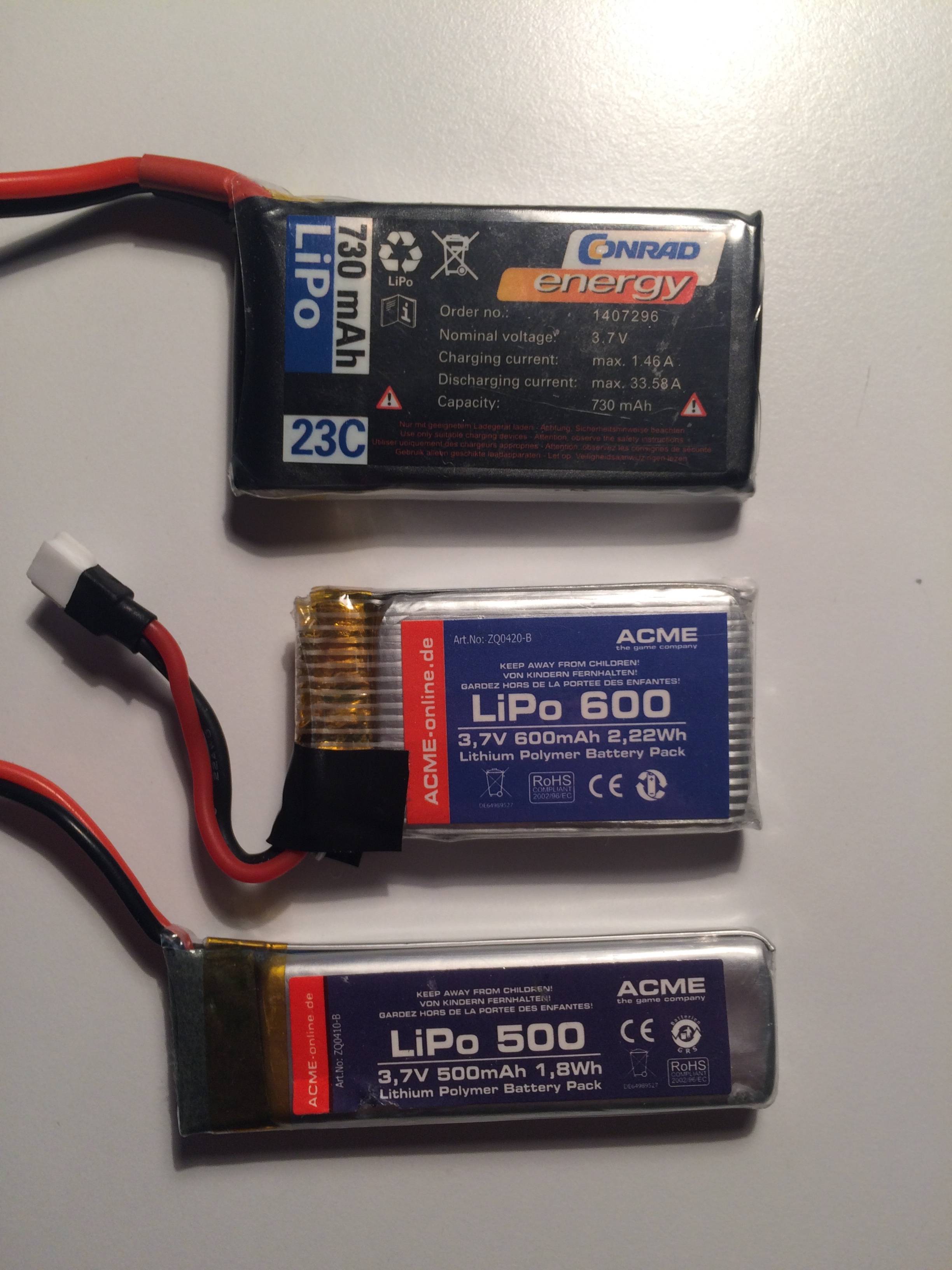 Obviously, these specific batteries have no public schematics, because old-style companies, specially the Conrads of the world, don't generally publicise them. In the specific case of Conrad I can easily imagine it being from fear of people finding out the design quality before purchase. Or more likely because the Chinese guy they bought it off on a street corner doesn't do datasheets.

However, batteries like these are one in a billion and if something is widespread, the chips that make it possible are as well. Chips, as opposed to random LiPo's, often come with quite extensive datasheets with all kinds of examples.

Here's the first link I found, happens to be TI, could have been any number of different manufacturers.

Start by reading that, understanding that and trying a few others maybe and it is possible (though not guaranteed) you'll be able to look at a PCB inside a battery and determine which type of chip they used, from the components around them. Even if they are unknown controllers or their Asian knock-offs.

As for knowing if it's in there, I have always been in favour of a standard marking for that, identifying both situations, but if it's not a reliable brand and it doesn't say "Protected!!!" on the wrapper/in the datasheet, you simply don't know for sure without actually looking.

Side Note:
Be careful when looking, knicking/damaging a cell may be harmful to you, your equipment and/or surroundings in several ways.

When editing your post a tiny bit I noticed you specifically asked for singel celled protection, these are often simpler, so I quickly found a brother-device for single cells.

I'll also shortly explain in that specific case what they are normally for:

Not the answer you're looking for? Browse other questions tagged protection lipo or ask your own question.