diode and resistor in parallel connected to voltage source

Can anyone explain the meaning of this circuit? Why is the resistor connected in parallel to the diode? (obviously they have the same voltage drop), why the diode connected to the voltage source in that way? I guess it's a basic question so bare with me... 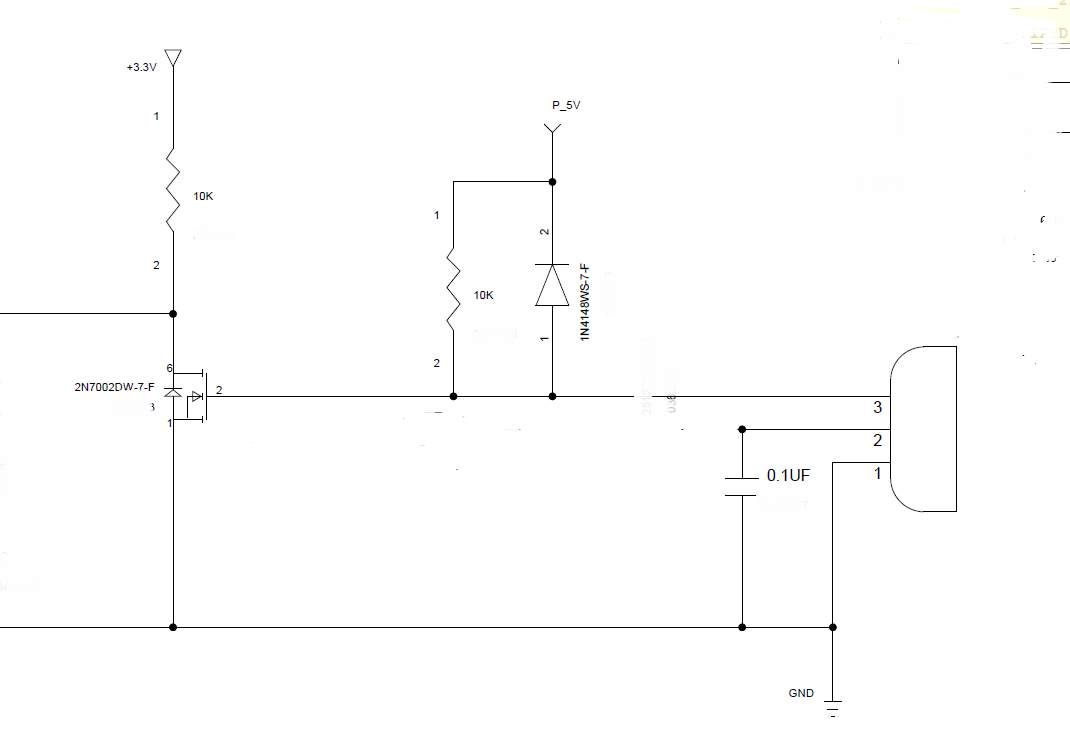 Edit: The 3 wire module on the right side is a connector to an external fan. Pin 2 of this connector is connected to 12V (which is not shown).

The 10k resistor is a pull-up, makeing sure that the MOSFET is turned on by default.

The port on the right is probably a connector and pin 3 is an open collector which allows you to turn off the MOSFET by pulling it low.

The diode is a clamp diode to make sure the gate voltage doesn't exceed 5 V, probably due to miller effect though the MOSFET. At small signal levels, this is neglectable but perhaps the desiner wanted protection against ESD/excessive drive voltage from the outside. You'll see them commonly even when not fully needed.

That MOSFET in turn is an inverter and overall it looks like a 5 V TTL logic to 3.3 V translator which connects via a connector and assumes open-collector output on the sender. Output to your 3.3 V system is the middle wire on the left, the source of the MOSFET.

9
Basic question about diode voltage drop and resistor position
2
Transient Voltage Suppressor (TVS) Diode Array
1
Why there is reduction in voltage after diode?
7
How is it possible for voltage to exist when only a single voltage source terminal is connected?
0
Is my DIODE in PARALLEL with the Relay (to protect input)
0
Why do parallel diode clippers work
2
Reverse voltage flowing from drain to source in P channel MOSFET
0
Constant voltage-drop diode model?
0
Choose and protect NPN transistor with resistor and diode